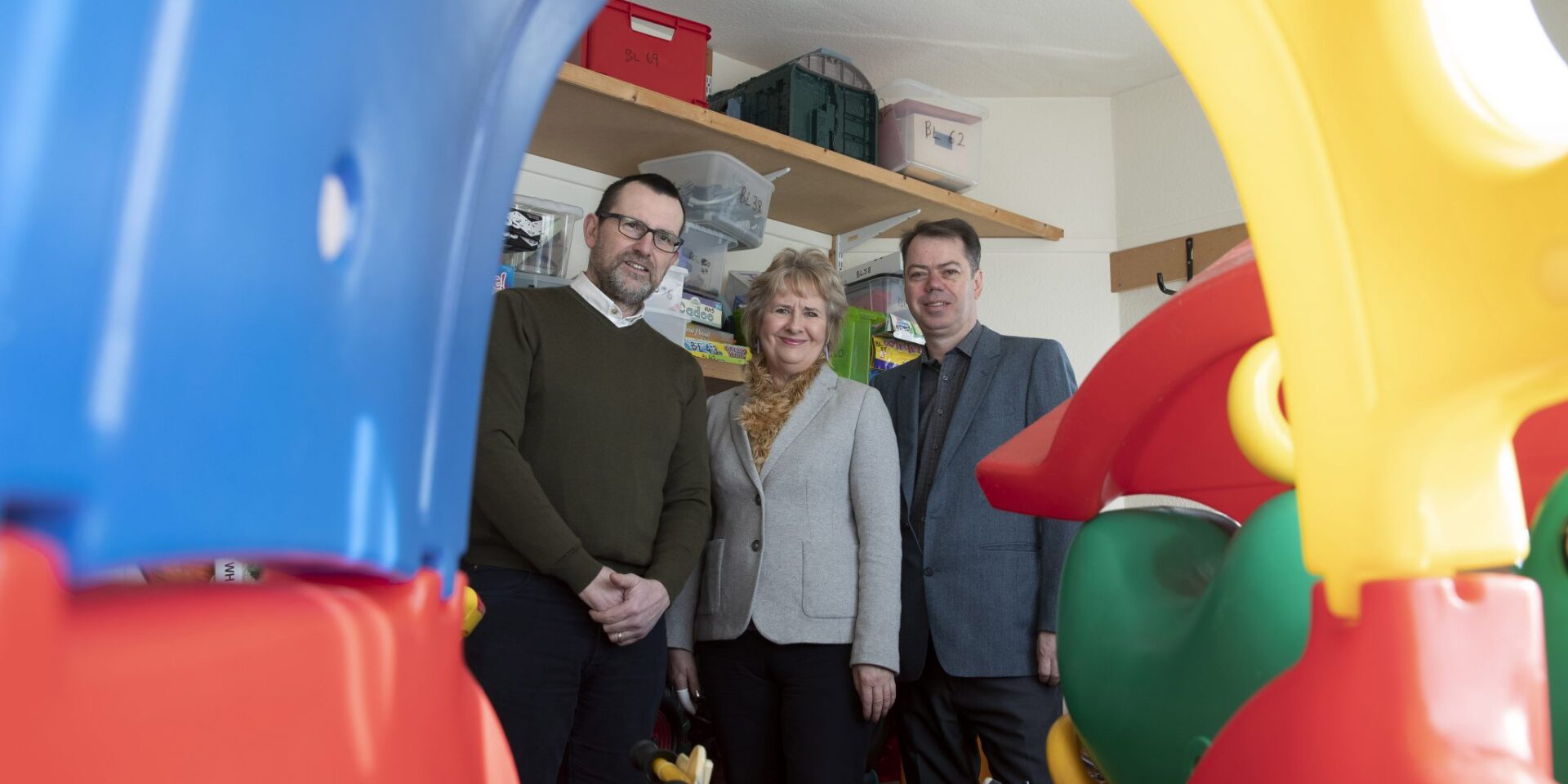 The MSP for Perthshire South and Kinross-shire is backing ‘The Big Declutter’, the theme of this year’s Pass it on Week campaign by Zero Waste Scotland, supported by European funding, to call on the Scottish public to declutter their homes and pass on what they don’t need anymore.

On an average day, the library stocks around 200 donated toys that can be picked up by local children for a small fee and returned after three weeks. The library has been offering this service for more than 30 years.

The environmental benefits of re-using toys can be significant. Zero Waste Scotland estimates that providing an old toy for re-use and alleviating the need to create a new one would save 10kg of carbon dioxide. For one loan of each of the 200 toys this would equate to the equivalent of making six return journeys between Aberdeen and London.

“We all know that, as well as cutting litter and pollution, we could gain significant economic benefits by developing the circular economy further. There are a huge number of amazing projects across Scotland that support sustainability, recycling and promoting the pass it on culture, such as Perth’s Toy Library in my constituency. I hope that Pass it on Week will help raise awareness of such projects, while encouraging people to think about what they could pass on.”

This year’s national Pass it on Week, which takes place between 9 – 17 March, aims to illustrate that a declutter is more than just a clear out, it is a way to get the items you no longer use in to the hands of someone who will. Perth Toy Library is a great example of where unwanted or unused items can make someone else’s day while reducing the demand on resources.

“We all wonder how we can do more for the planet and the answer can be as simple as donating those forgotten about toys and games or organising a swap shop with your friends. Babies and children can quickly grow out of toys, and these can easily go to another youngster and their family to get pleasure from.

“By keeping the products we buy in use for longer, we can reduce the need to consume new resources. Valuable items go to waste just lying around at home so why not give them a second life and make someone else’s day in the process?”

“Perth Toy Library has been in operation for over 30 years providing a range of toys for children of all ages. As a charitable organisation, we rely on the generous donations of people from around the county to keep our library running.

“We accept all sorts of unwanted toys, everything from sensory toys for toddlers, to outdoor games and puzzles for the bigger kids and we make sure that everything that is usable gets put to good use.”

Pass it on Week is part of Zero Waste Scotland’s Resource Efficient Circular Economy Accelerator Programme, which will invest £73m in circular economy and resource efficiency projects, thanks to support from the European Regional Development Fund (ERDF).

Share your Pass it on Week story on social media using the #PassItOnWeek #TheBigDeclutter hashtags.