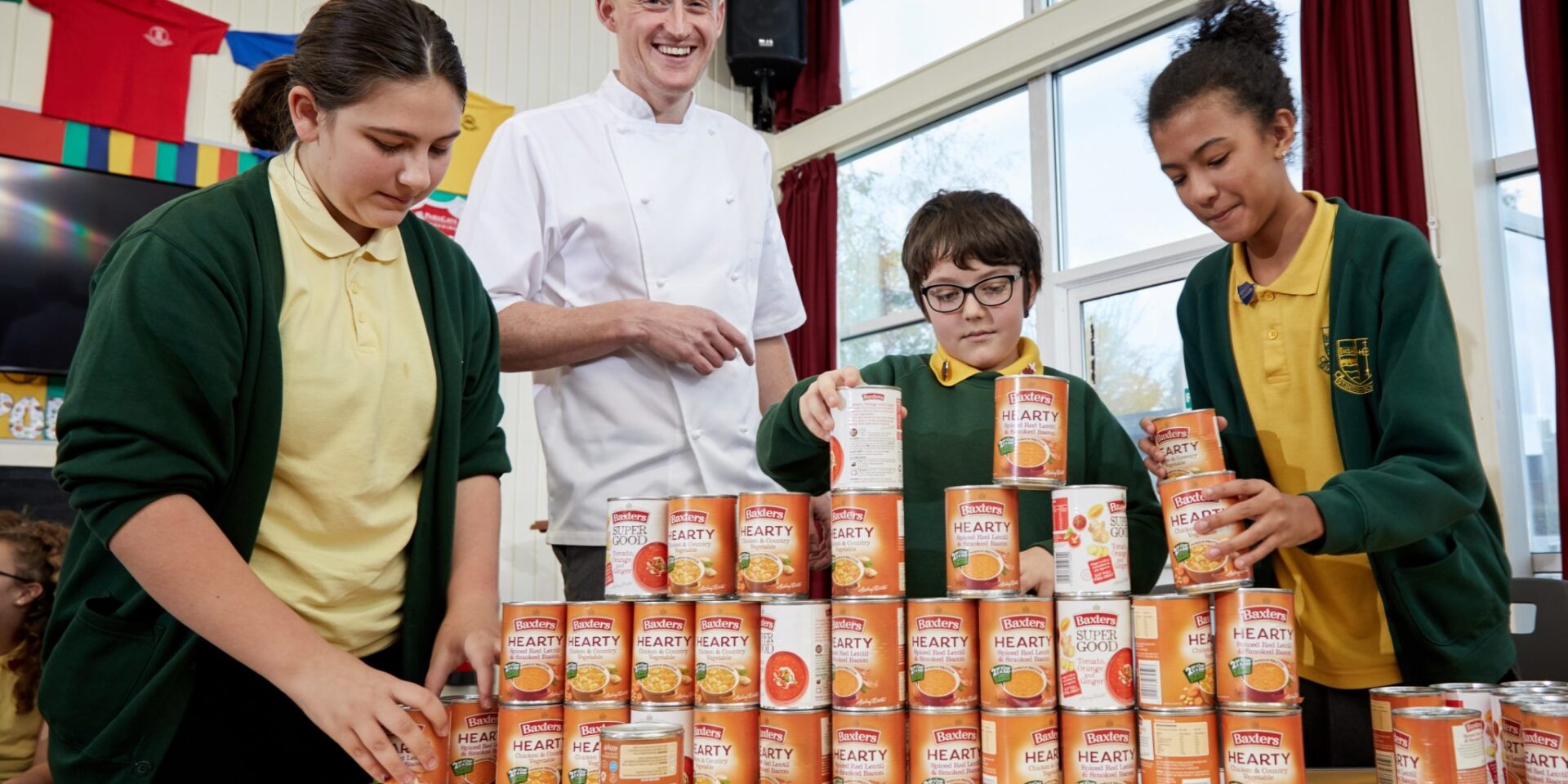 A Rotherham schoolgirl has won a competition to create a soup label for the much-loved UK food group Baxters.

The winning label was created by eight-year-old Olivia Krupczak, who, inspired by the ‘souper’ session, chose to focus on the health benefits of each ingredient in her seasonal soup. Olivia’s design will be printed on to 500 limited edition cans, which will be given to the St Bede’s Primary School pupils to enjoy.

Amanda Wassell, Head Teacher of St Bede’s Catholic Primary School, said: “We are so happy that Olivia’s label was chosen as the winner. We’re all really excited to see the finished product, and of course taste the soup.

“We had an amazing day when Darren visited us last year. Our pupils really enjoyed learning all about Baxters’ fascinating history and the process behind creating its delicious products.”

Darren Sivewright, Group Innovation Manager at Baxters, said: “It was great to share the Baxters story with the pupils of St Bede’s Primary School last year, as we both celebrated milestone anniversaries.

“We were really impressed by all of the entries we received to the design competition, the standard was really high. Olivia’s design stood out because she had clearly taken on board all the information she learned during the session last year, and her artwork was very professional. Well done Olivia!”

The Baxters story began in 1868 with George Baxter, now the company has grown into one of the nation’s most treasured brands. With four generations of expertise, the Baxter family produce some of the UK’s finest soups, jams and chutneys with a mission to ‘Be different, be better’.

Throughout its 150th anniversary year Baxters undertook a number of initiatives, including a charity partnership with Macmillan Cancer Support, the release of a limited-edition tin for its iconic Royal Game soup and the creation of an exclusive tartan.