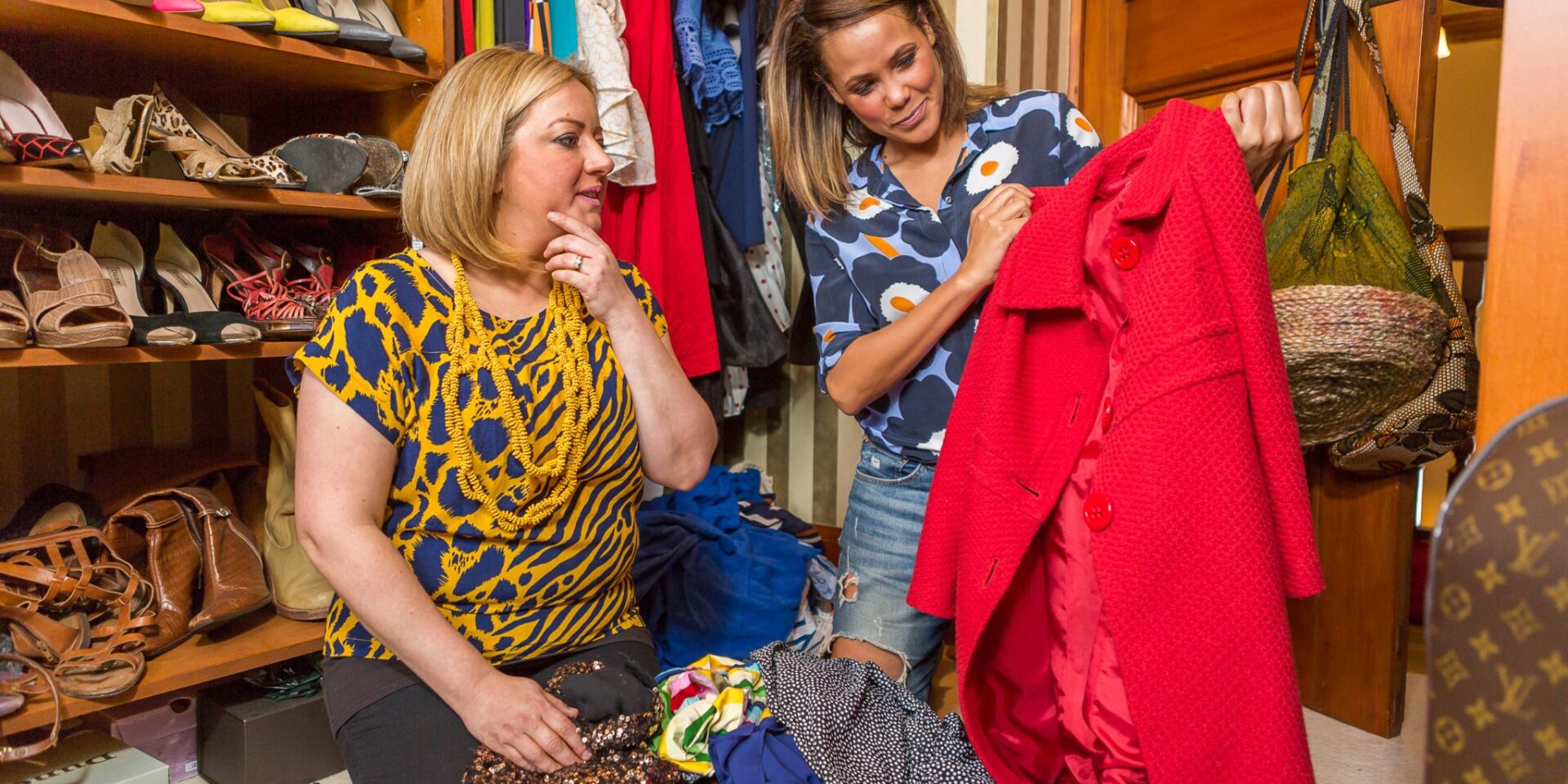 This year’s national Pass it on Week, which takes place between 9 – 17 March, aims to illustrate that a declutter is more than just a clear out, it is a way to get the items you no longer use in to the hands of someone who will.

New research by Zero Waste Scotland shows over a third (37%) of Scots who throw away household items, clothing and books, do so because they didn’t think anyone else would want them. Just over a third of Scottish people have had a declutter of their homes in the last month.

Jean Johansson welcomed professional declutterer, Zoe Berry, into her home in Ayrshire for her own Big Declutter to show that a sustainable spring clean can make a big difference.

Jean Johansson, ambassador for Pass it on Week, said,

“Whether you’re clearing out clothes from your wardrobe or furniture from your home, passing it on is a great way to look after the environment, and it’s satisfying too.

“Decluttering your home is a liberating experience and after spending some time going through my wardrobe, I headed over to R:evolve Recycle in Rutherglen to donate items as part of their clothes swap scheme.”

R:evolve Recycle is a clothes swap boutique that encourages people to bring in any unwanted clothing in exchange for points which can be redeemed against clothing, shoes or accessories from one of their three stores in Scotland. Their aim is to encourage people to think differently about clothing and to make swapping and sharing a natural part of the high street.

“Sorting out your home has a positive effect in terms of mental and physical health. We are so affected by our surroundings that it’s no surprise that a cluttered, disorganised space leads to many of us feeling stressed and unhappy.

“A tidy home is a far more functioning one too – it’s so much easier to head out of the door in the morning if things are where they should be. It’s a gift to win back all that time you would have spent looking for your keys and wallet and walk out of the house feeling calm.”

Research by Zero Waste Scotland shows that 22,310kg of carbon dioxide (CO2) is produced for every tonne of clothes produced. In comparison, re-using clothing creates just 152kg of CO2 through cleaning and sorting, whilst re-using existing fabrics to produce new items produces 956kg of CO2.

“Passing clothes on means that the vast amounts of energy and raw materials needed to make them aren’t going to waste. We can all reduce the waste impacts of what we wear by seeing the value in our clothes.

“Having a good clear out reminds us of what we really need instead of buying more. Every item passed on is one less item going to the landfill, which ultimately helps to preserve natural resources.”

Pass it on Week is part of Zero Waste Scotland’s Resource Efficient Circular Economy Accelerator Programme, which will invest £73m in circular economy and resource efficiency projects, thanks to support from the European Regional Development Fund (ERDF).

Share your Pass it on Week story on social media using the #PassItOnWeek #TheBigDeclutter hashtags.