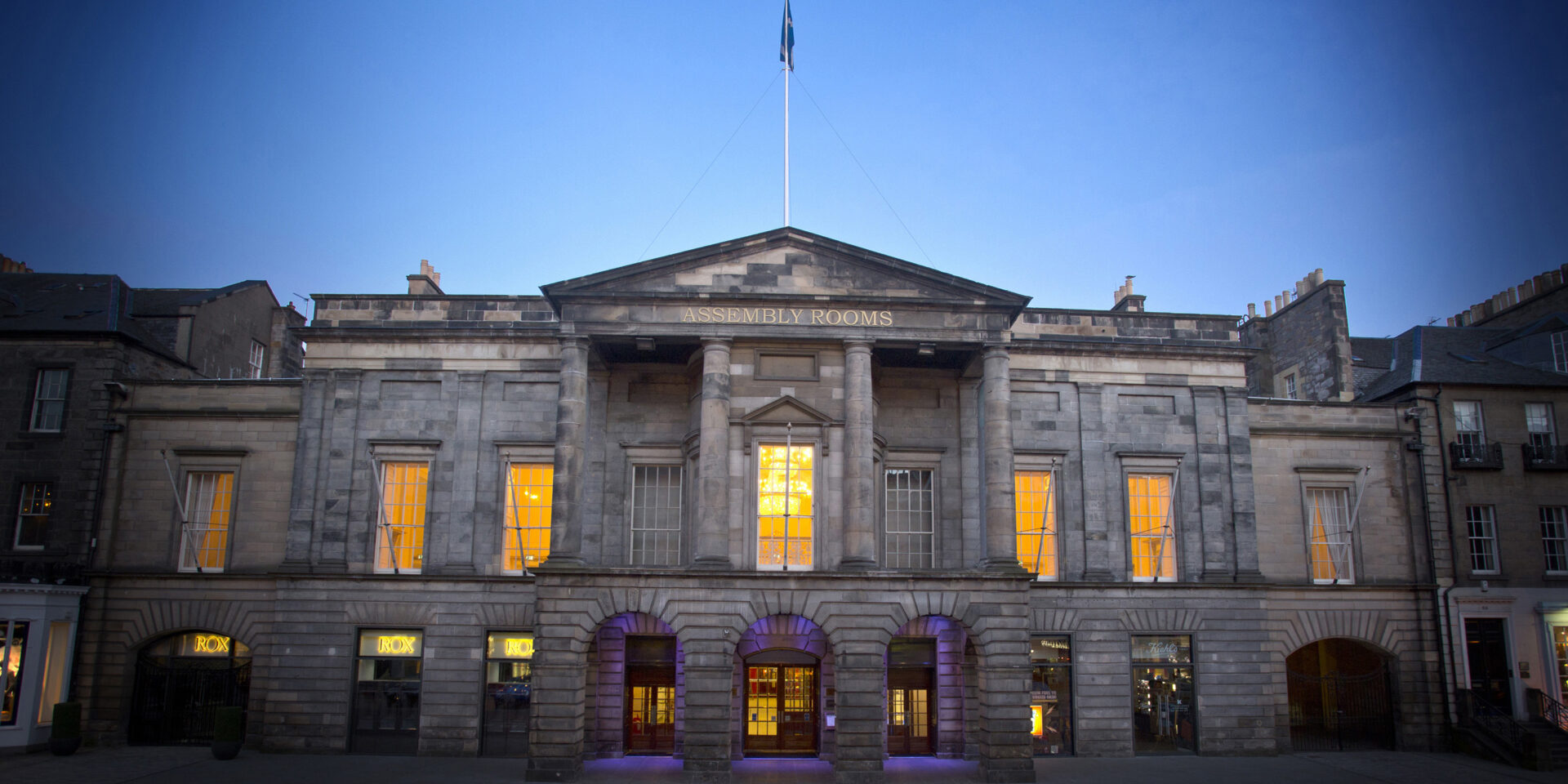 The City of Edinburgh Council event space has been a flagship Festival venue for more than 60 years. Following its multi-million pound refurbishment in 2012, Salt’n’Sauce Promotions ran Fringe activity at the site until the contract was put out to tender in August this year. The Assembly Rooms management team opened the process up to a host of bidders from different market segments, attracting a diverse range of proposals.

Councillor Richard Lewis, Culture Convener and Festivals Champion at the City of Edinburgh Council, said: “Every year artists from all over the world travel to Edinburgh to bring Festival Fringe audiences new and extraordinary work. It’s because of them that the Fringe is so successful and innovative.  Salt’n’Sauce produced an outstanding and varied Festival programme at the Assembly Rooms and I’d like to congratulate and thank them for their success. After undergoing a significant refurbishment, the Assembly Rooms really is one of Edinburgh’s premier venues. Riverside Studios has promised the creation of a Fringe feast fit for the digital age and I can’t wait to see the venue used in this way.”

Shona Clelland, General Manager of Assembly Rooms, comments: “The hope when we took the step to issue the tender was that potential suppliers would be inspired by the space and the opportunity to create something completely new and exciting. We felt this was exactly what Riverside Studios’ tender delivered. The proposal embraces the digital generation, delivers for visitors and the arts industry and should attract a whole new audience to the Fringe. It perfectly showcases the strength of the Assembly Rooms as a venue which can combine heritage with cutting edge technology.”

William Burdett-Coutts, Artistic Director of the Riverside Trust, comments: “Riverside Studios is delighted to have won the tender to run events at the Assembly Rooms during the Festival period.  We are rebuilding our venue in London and the invention of a new digital festival fits entirely with our ambitions for the future.

“At the same time we believe that the world of arts and entertainment is increasingly working with digital technology and creating a festival to focus on this work is equally of benefit in its own right. It will fit as a positive new event in the midst of all the other festivals in August and, in due course, our ambition will be to work with a whole range of partners in the city.”