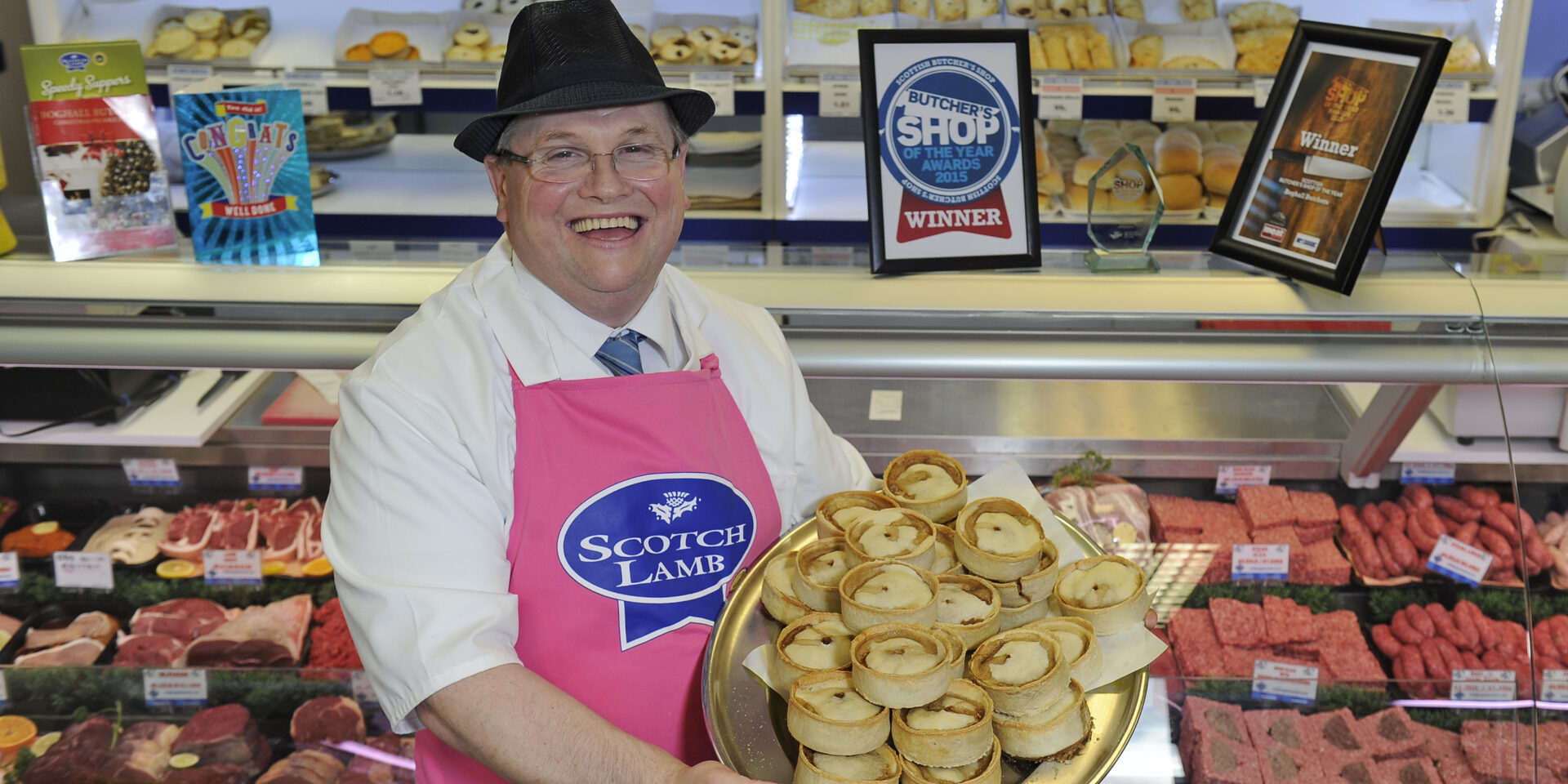 Boghall Butchers lifted the award for Scottish Butcher’s Shop of the Year, sponsored by the Scotch Butchers Club run by Quality Meat Scotland, following a substantial investment to extend and completely refurbish the premises.

Boghall Butchers is a family-run business founded in 1975. Commenting on their achievement, owner of Boghall Butchers, Paul Boyle said: “This award means so much to us and I am incredibly proud of our staff for all their hard work.

“The last year has seen a number of changes to the business following our refurbishment, which has virtually doubled the size of our front shop.

“It was a big investment for us but it has been well worth it and to be named Scottish Butcher’s Shop of the Year only goes to highlight the progress we have made.”

Boghall Butchers beat stiff competition from other successful Scottish butchers – including John Lawson Butchers from Broxburn and Patricks of Camelon from Falkirk – to lift the award.

UK Young Butcher of the Year, Lisa Finnigan of Davidsons in Inverurie, was also representing the high standard of the butchery trade in Scotland. Following in the footsteps of colleague Andrew Peter who took the title in 2013, Lisa came out top in this year’s competition to recognise up-and-coming talent in the butchery world.

Graeme Sharp, Marketing Executive at Quality Meat Scotland, said: “Boghall Butchers are at the top of their trade and very deserving of this award.

“The team has put so much into delivering great quality products to customers and it is fantastic to see the business recognised for its dedication to delivering a very high standard of products and service.

“It was also great to see Lisa rewarded for her achievements. She is a fantastic ambassador for the industry and an inspiring example of just what can be possible in the industry through hard work and determination.”