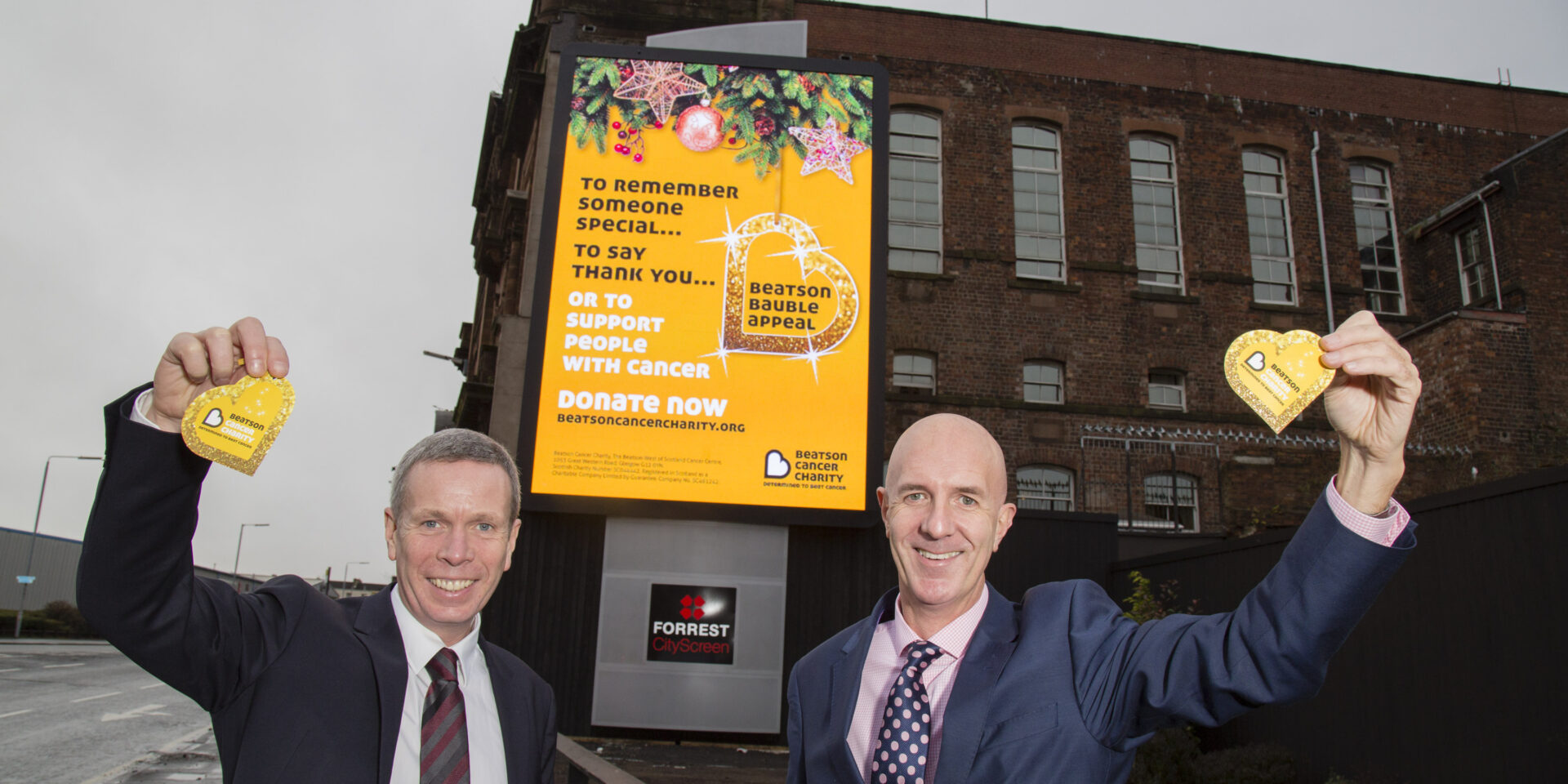 Forrest Media has generously pledged to support the charity over the coming years by sharing the charity’s messages using outdoor advertising sites and digital screens, allowing the charity to effectively communicate with larger audiences of people from prime locations across Scotland and increase donations to the charity.

The first adverts will support the charity’s Beatson Bauble Appeal which urges everyone to make a donation to the charity this Christmas and show their support for people facing cancer, to remember a loved one or to simply to say thank you to The Beatson for the care they or a family member received.

This year’s Beatson Bauble Appeal centres on the story of cancer patient David Murray. David was diagnosed with testicular cancer at the beginning of 2015 and sadly died in August 2015. The story of David’s experience at The Beatson is told from the perspective of his Dad, Kevin and how much the Beatson helped his son cope with his treatment.

The Appeal also features Aimee Gibson who was diagnosed with cervical cancer when she was 26 and passed away five weeks later on the 1st March 2012. Her mum and dad Robert and Liz Gibson have become dedicated fundraisers for Beatson Cancer Charity hoping to hit £30,000 in the coming months to celebrate what would have been Aimee’s 30th birthday.

Fiona Rennie’s story is also shared in memory of Chris who was the love of Fiona’s life. He was 34 when he was diagnosed with a brain tumour and bravely battled cancer for five years. In Fiona’s own words he was her hero and he has inspired her to start running again, to fundraise and to do whatever makes her happy in life.

Chief Executive of Beatson Cancer Charity, David Welch said: ‘’This is a unique and incredibly generous donation from Forrest Media and my sincere thanks go to Chris Trainer and the team at Forrest Media. The value of the partnership is huge and one of the biggest donations we have received. Not only will the free advertising space raise the profile of the charity but it will also drive a significant uplift in donations over the months and years ahead ultimately making a direct impact on cancer patients and their families though the work of the charity.''

To support the Beatson Bauble Appeal, text BAUBLE to 70500 to give £5 to Beatson Cancer Charity or call 0141 212 0505 or visit www.beatsoncancercharity.org.