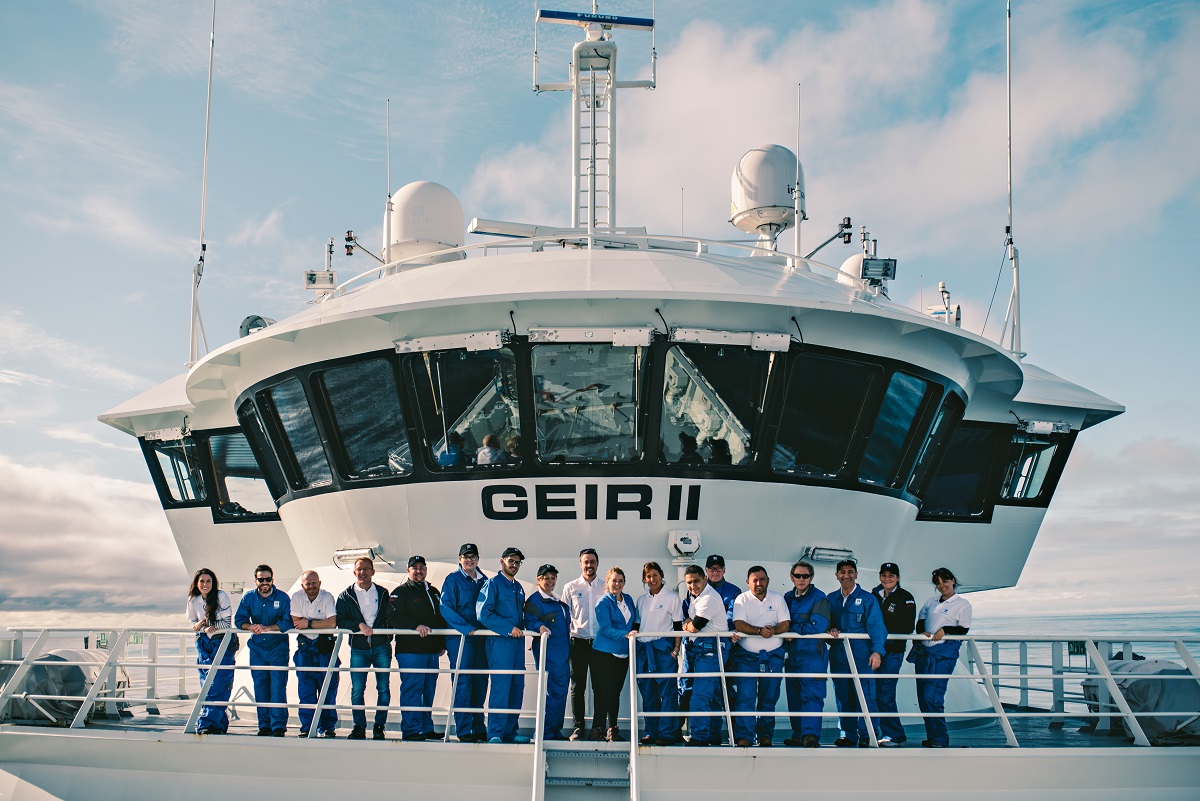 Nine finalists in the running to be crowned Fish and Chip Shop of the Year were welcomed to the port city of Ålesund by The Norwegian Seafood Council to learn about cod and haddock - two of the most popular species used by British fish and chip shops.

The fact finding mission, organised by Seafish and The Norwegian Seafood Council as part of the 30th anniversary National Fish & Chip Awards, helped the competitors uncover and learn about one of the largest sustainable cod and haddock stocks in the world.

Norway has been supplying this ‘whitegold’ to the UK for almost 70 years, accounting for over 20% and 30% of our annual cod and haddock consumption respectively.

Reigning champions Nikki Mutton and Craig Maw of Kingfisher Fish & Chips in Plympton, Plymouth, Devon said: “We were absolutely elated when we won the 2017 National Fish & Chip Awards, and the trip to Norway was one of the stand out memories.

“It’s not often you get the opportunity to go out on a fishing vessel and see the whole fishing process in action – it’s hugely impressive and gives you a chance to see first-hand why sustainability fishing processes are of vital importance.

“The trip to Norway was a great experience and one that we will remember for a long time, but it also allowed us to give customers a bit of context about what goes into catching their fish.”

Experiencing first-hand how Norway provides the perfect living environment for cod, the finalists stepped aboard the working FAS vessel ‘Geir II’ - one of the newest longline fishing vessels in the world. They journeyed out on the cold, clear Norwegian waters and uncovered the science behind the country’s sustainable fisheries management program while witnessing the entire fishing process; from baiting and ‘shooting’ the lines, to processing and freezing while out at sea.

Returning to land, finalists had a chance to exchange knowledge with top Norwegian chefs; sharing the background and history of the Great British tradition of fish and chips, while learning traditional cured Nordic cod recipes with ‘Lutefisk’ and ‘Bacalao’ at Klippfisk Akademiet (The Klippfisk Academy cookery school).

Hans Frode Kielland Asmyhr, UK Director of the Norwegian Seafood Council, commented: “Fish & Chips continues to be one of the nation's favourite dishes; it goes as far to say that if Brits moved abroad the dish would be pined-for most, alongside the British countryside, pubs and cups of tea. This addiction has easily helped the UK become one of the world’s biggest markets for both cod and haddock. But with UK demand for cod and haddock outweighing North Sea supplies, the UK must also rely on imports to keep these delicious whitefish on the nation’s menus. Over the last 70 years, Norway has played a vital role to help satisfy this demand from one of the most abundant and scientifically managed stocks in the world. We are incredibly proud and grateful for our relationship with the UK fish & chip shops, so it was a great honour to welcome this year’s finalists to Norway to showcase our perfect living environment, management and catch process for the fish that they treat with so much respect in their shops day in and day out.”

Marcus Coleman, Chief Executive at Seafish, added: “In the UK we have a longstanding love affair with fish and chips, eating roughly 382 million portions each year. The fish and chip sector relies on cod and haddock supplies from countries including Norway to meet this demand. Whether it’s caught in UK waters or frozen at sea further afield, consumers can be assured that the cod they are eating from their local shop is responsibly sourced from sustainable stocks.

“This unique trip is a great experience for our awards finalists, allowing them to witness first-hand where much of their product comes from. Norway’s catching, processing and supply management procedure is not only educational, but enhances our finalist’s knowledge of the industry as a whole. We wouldn’t be able to offer this trip if it wasn’t for the support of the Norwegian Seafood Council, so I would like to take this opportunity to extend my thanks to them.”

The winner of the Fish and Chip Shop of the Year Award will be announced at the 30th anniversary National Fish & Chip Awards ceremony in London on 25 January 2018.