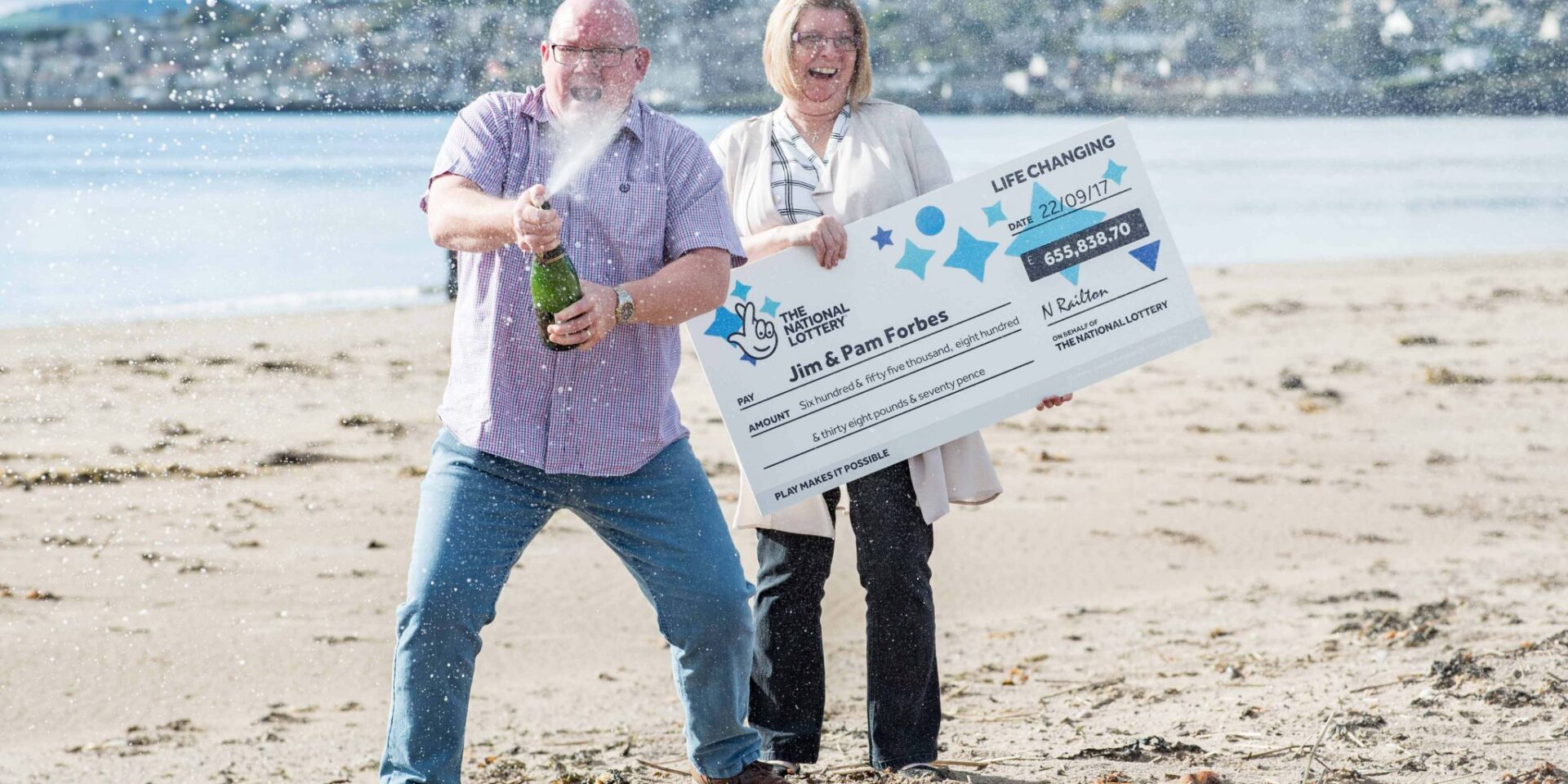 Jim Forbes (50) and wife Pam are also set to go part-time so they can enjoy their win together along with their two children, Aaron (19) and Chloe (16). News of their lucky win comes ahead of the amazing estimated £155M EuroMillions rollover draw taking place tomorrow (Friday 29 September 2017).

Jim discovered he had won when he popped into his local ASDA for some shopping last Saturday morning. He was buying some Lucky Dip tickets for Lotto when he asked the cashier to check his EuroMillions ticket from the night before. When he heard the words “you have to call Camelot” he never dreamt that it would be a six-figure sum.

Jim said: “When I got outside the shop I phoned The National Lottery Line. I thought they would say I had won a couple of hundred or even a thousand pounds but then the call handler asked me if I was sitting down. When he told me the amount I was ecstatic, people in the car park must have wondered what was going on!

“I couldn’t believe it. I just kept thinking this doesn’t happen to people like me. I had to go back into the shop to check some details. I was chalk white and told the customers in the queue that I had just won £650,000. One man joked to the cashier that he wanted her to give him my numbers.”

Once Jim made it home the first person he told was a work colleague.

Jim said, “I didn’t want to tell Pam when she was at work and have her in a state of shock so I called my work to let them know I’d need Monday off because I had just won the lottery. My colleague’s first reaction was ‘Ach away Jim!’ I’m always joking around so he didn’t believe me straight away.

“It didn’t really sink in until I came downstairs on Monday morning. Instead of going to work I sat down on the sofa and said to Pam, ‘is it true? Have we won the lottery?’ Then I burst into tears!”

The hard working couple don’t want to leave their jobs but they are going part-time to allow them to spend quality time with family and friends.

“I’ve worked long hours all my years, including spending 22 in the RAF. This win really will change my life in that I can get precious time to spend with my wife and children.”

And although Jim never expected to win the lottery he did dream up a bucket list just in case his numbers came up.

Jim explained, “I’ve always wanted to go to Hawaii. I used to watch Hawaii Five-0 and wish I was there, and also my years with the RAF sparked an interest in the historical aspect with the Arizona memorial. The dream is to walk down the stairs of a plane and be greeted at the bottom with a lei. I can make that come true now.”

Also on the list were spending Christmas in New York with wife Pam and taking son Aaron back to Cyprus where he was born.

Jim also plans to buy a new home, saying, “This will be the first house we’ve ever owned as we’ve always only rented until now. Then I’ll buy a campervan for the driveway – I’ve always wanted one and it will be great to be able to head off for weekends away now we will have more free time. Aaron has just passed his driving test so we have bought him a car of his own so he stops borrowing his mum’s. We’ll look at new cars for ourselves too.”

Jim bought his winning ticket from the Tesco Extra on Kingsway in Dundee. The winning numbers from the EuroMillions draw on Friday 22 September were 06, 11, 31, 39 and 42 and the Lucky Stars numbers were 01 and 03.

The National Lottery changes the lives of winners like Jim as well as communities across the UK – players raise, on average, over £30m for National Lottery-funded projects every week. In Fife alone there have been over 2,700 individual National Lottery grants made to date, funding projects across the arts, sports, heritage, health, education, environment, charity and voluntary sectors.

In Jim’s own back yard of Tayport, National Lottery funding has helped: