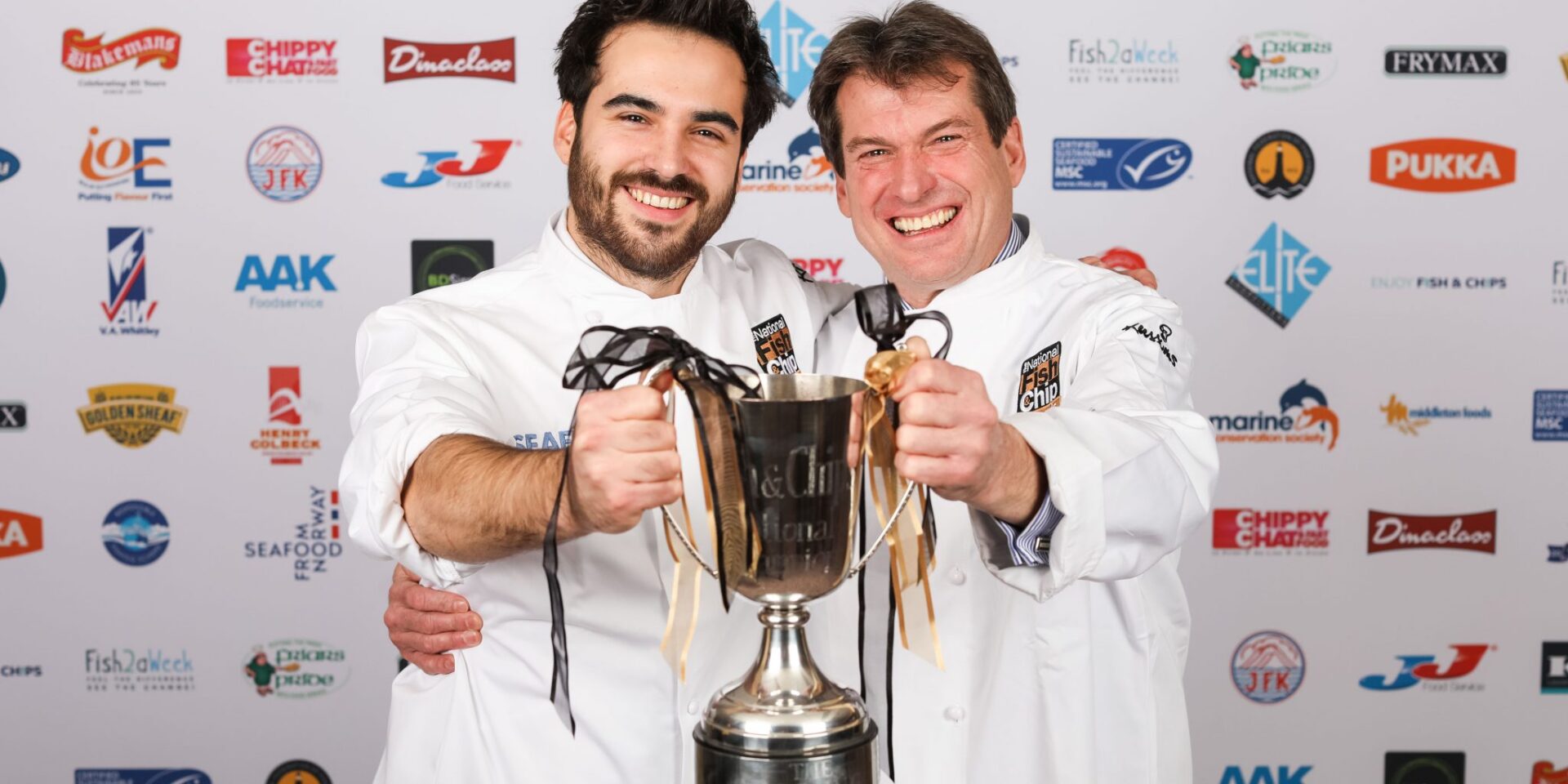 The shop scooped the ultimate title – Fish and Chip Shop of the Year Award – after ‘battering’ off stiff competition from nine other UK regional* winners, all vying to take home the top accolade.

The new UK champions were presented with their award during a prestigious awards ceremony, which is widely considered as the ‘Oscars’ of the fish and chip world, at the Royal Lancaster Hotel in London.

To secure the top spot, Millers Fish & Chips had to fry at the top of their game while progressing through a rigorous, multi-stage judging process over a seven-month period; encompassing several mystery shopping assessments and in-depth audits by industry experts, reviewing everything from responsible sourcing policies to menu diversification – and of course, customer service and the quality of the fish and chips being served.

The final stage of judging, held the day before the awards ceremony (24 January), put the shop’s presentation skills to the test. They faced a 15-strong specialist industry judging panel, and were quizzed on a range of industry related topics and asked to demonstrate how they successfully run a profitable business and plan for future development.

Commenting on their award win after receiving the famous trophy from awards host, Nigel Barden, voice of food and drink on BBC Radio 2, co-owner Nick Miller (28), who runs Millers Fish & Chips with his father David (56), said: “We brought it home for Haxby! I can’t believe we’re the UK’s best fish and chip shop – words can’t describe how this feels.

“We entered the competition for the first time last year, and were so proud to get to the final, but to go all the way this time and scoop the ‘Oscar’ of the fish and chip world is truly amazing.

“At Millers, we wholeheartedly believe in making fish and chips accessible for everyone. We operate a separate frying area to cater for allergen-free diets, and offer a range of gluten-free, halal and vegetarian products, all cooked using only use the finest, locally-sourced, sustainable ingredients.

“As a fourth-generation family business with a 77-year history, we bring the tradition associated with great British fish and chips together with a new, innovative approach. This really does mean everything to us, and we’re so proud of our ourselves, our staff and our business.”

Marcus Coleman, Chief Executive Officer at Seafish, added: “Although it’s not known exactly where or when fish and chips came together, one thing that is for certain is that it’s an endless love affair. Flaky, piping hot, succulent fish covered in crispy batter with golden chips is a duo that’s captured the hearts of the British public since the mid-19th century.

“With approximately 10,500 fish and chip shops and restaurants across the UK, the competition to be crowned the best has never been so tough. The judging process is extremely challenging with shops being thoroughly put through their paces, but Millers Fish & Chips stood out from the beginning.

“With the combination of David’s experience and Nick’s modern approach, they are a team to be reckoned with and one of the industry’s greatest double acts. They’ve had their eyes firmly on the prize since the beginning, but more importantly they know who they are, what they want to be and where they want to go.

“I have no doubt that they’ll accomplish everything they want to and will be great ambassadors for our industry, helping us reinforce the fact that Britain is the home of the world’s best fish and chips.”

30 years on from when the original Fish and Chip Shop of the Year – Toff’s of Muswell Hill in London - was crowned in 1988, owner Nedi Toff comments: “On behalf of our entire family I would like to congratulate Seafish on the 30th anniversary of the awards. Being the very first winners was a privilege; we relished every moment of the experience and endeavoured to uphold the highest of standards during our time owning the shop.

“After retiring in 1997, I’m pleased to say that the present owners of Toff’s of Muswell Hill have carried on our legacy with continued high standards and excellent customer service.

“30 years on, Toff’s is still the institution that Seafish recognised all those years ago! The moment we received the award our lives changed and we feel like we will always be a part of The National Fish & Chip Awards family.”