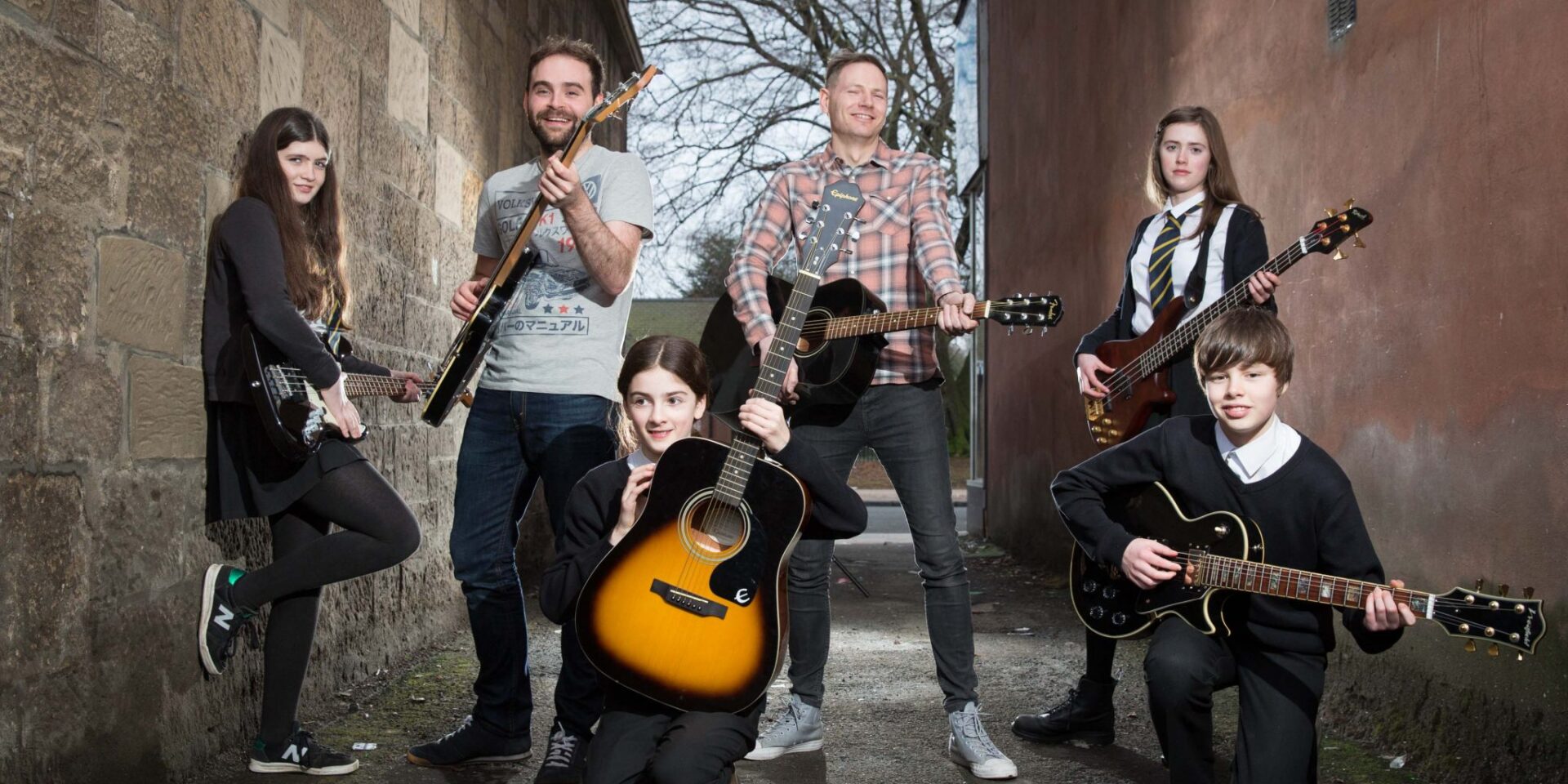 Zero Waste Scotland is asking people throughout the country to get involved in a ‘Musical Instrument Amnesty’, as part of this year’s Pass it on Week (10-18 March 2018) and is calling on local music groups to sign up to receive the instruments being passed on

No matter whether it is a never touched guitar or a violin that has seen relentless practice the organisation’s new initiative is a fantastic opportunity to pass on the gift of music by donating instruments that are no longer used or played. Local music organisations and charities are being asked to come forward as local beneficiaries of the Amnesty and act as collection points for people to drop off instruments. With over 30 partners already signed up across Scotland, passing on instruments small and large couldn’t be easier.

From Hawick to Orkney, Zero Waste Scotland’s Musical Instrument Amnesty partners will help to ensure high quality instruments - from tin whistles to drums - are re-homed and given a new lease of life. Anyone wishing to get involved to collect instruments can simply head to zerowastescotrland.org.uk/passonthemusic and sign up.

To get the music started, Zero Waste Scotland teamed up with partner Music Broth, who support communities by providing access to a wide variety of music instruments and equipment, at The Glad Foundation in the Southside of Glasgow, which is supported by the organisation. Music Broth is the UK’s first Musical Instrument Library, where people can borrow instruments like they’d borrow a book, and will act as an ‘overspill’ service for any partners that end up with items they can’t rehome, or as a partner for an organisation such as workplaces or environmental groups that want to get involved but aren’t connected to a musical group locally.

It is the first time that Pass it on Week, which takes place annually, has focused its efforts on musical instruments. As well as helping budding musicians the week will have its usual celebrations of all things “re-use”.

Events across the country will have people swapping, donating, sharing and repairing to help make things last. Organisations are also being encouraged to hold themed events during the week, sharing their stories with the #PassItOnWeek hashtag.

“The Musical Instrument Amnesty is a great way for people to get involved in Pass It On Week by passing on the gift of music. Pass it on Week is all about looking at what we no longer use and passing it on to have a new life with someone else, and what better way to do that than to give someone the opportunity to learn an instrument? We’re calling for organisations to come forward to be listed as collection partners, so that local people can simply drop in instruments somewhere nearby for people in the community to benefit from.”

“At Music Broth we are passionate about supporting the Music Community by providing access to a wide variety of musical instruments and equipment. We’re really pleased to be able to support any individual, group or organisation that wants to support this initiative but doesn’t know where to send the instruments they collect. So if you want to get involved, we will accept your musical items and make sure they go on to have a long life as part of our library.”

To sign up to be a local partner, go to www.zerowastescotland.org.uk/passonthemusic and to find out more about Pass it on Week go to www.passitonweek.com