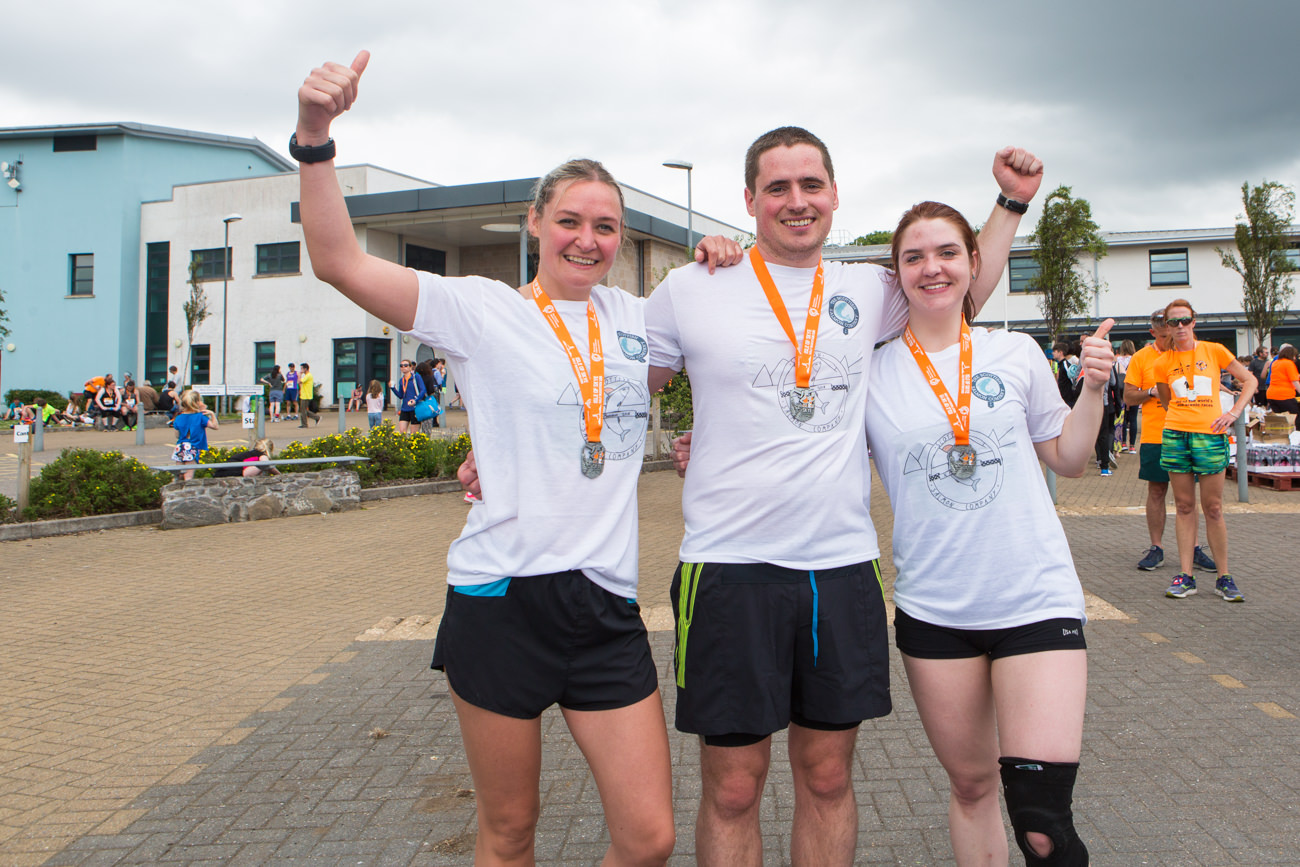 The Men’s winner, Cameron Milne of Central Athletics Club, crossed the finish line at Portree High School with a time of 1:09:10. Second was Skye’s Hugh Campbell in 1:12:50 and third Michael O’Donnell of Inverness Harriers Amateur Athletics Club in 1:14:56.

Taking home the gold in the Women’s race was Ellie Buchanan of Aberdeen Amateur Athletics Club, who crossed the finishing with a time of 1:27:33. Second was Anne Hartmann of Strathearn Harriers in 1:28:02 and third Sarah Attwood in 1:30:38.

For its 34th year, organisers Skye Events set the course in reverse, treating the runners to a gruelling uphill first few miles, while taking in Skye’s breath-taking scenery, with views of Ben Tianavaig, The Old Man of Storr, Isle of Raasay and the stunning Cuillin mountain range. Runners come from all over Scotland and around the world to compete in the race each year.

The annual Fun Run - which is the most hotly contested race of the year for kids on the island – and the Toddler Dash took off shortly after the main event. Alex Jamieson, Ruari Preston and Cailean Campbell came in first, second and third, respectively, in the Fun Run, and all crossed the finish line under the eight-minute mark.

Starting and finishing at Portree High School, the event is an annual fixture on the community and Scottish running calendars, with volunteers from SSC and various clubs, groups and businesses from around the island pitching in to support in the weeks before and on race day. This year was no different, approximately 88 helpers from 7 local community groups, alongside an additional 20 volunteers, gave their valuable time to help the race committee. This year, Skye Events was able to present £2,950 to the community groups that gave their time and effort to the success of yet another half marathon.

Craig Anderson, Chief Executive at The Scottish Salmon Company, said: “We are proud to be able involved in such an impressive community event as the Isle of Skye Half Marathon. Mark, Sam and the rest of the Skye Events Committee have put in a sterling effort to organise and manage such a fantastic race year on year and it is great to see demand for the coveted spaces continue to grow.

“I want to congratulate all the runners, and especially the winners, on completing the challenging course that showcases just some of what this wonderful island has to offer, including our dedicated SSC team who sported specially designed t-shirts by local Portree High School pupil William Clarke.

“Special thanks must go to all the volunteers and groups that make this a special day for the community of Portree and the Isle of Skye.”

Mark Crowe, Race Director, said: “We have been absolutely blown away by the support and enthusiasm shown for this year’s race. Being able to open up entries to 1,000 runners is a huge achievement, and something that would not be possible without the hard work of my team over the past year.

“The community effort here in Portree is second to none, and I am happy to be able to give back to the volunteers and organisations that support us in the lead up to the event and on race day. Well done to all involved, and I know we’ll be getting stuck into preparations for next year’s race after a hard-earned break.”