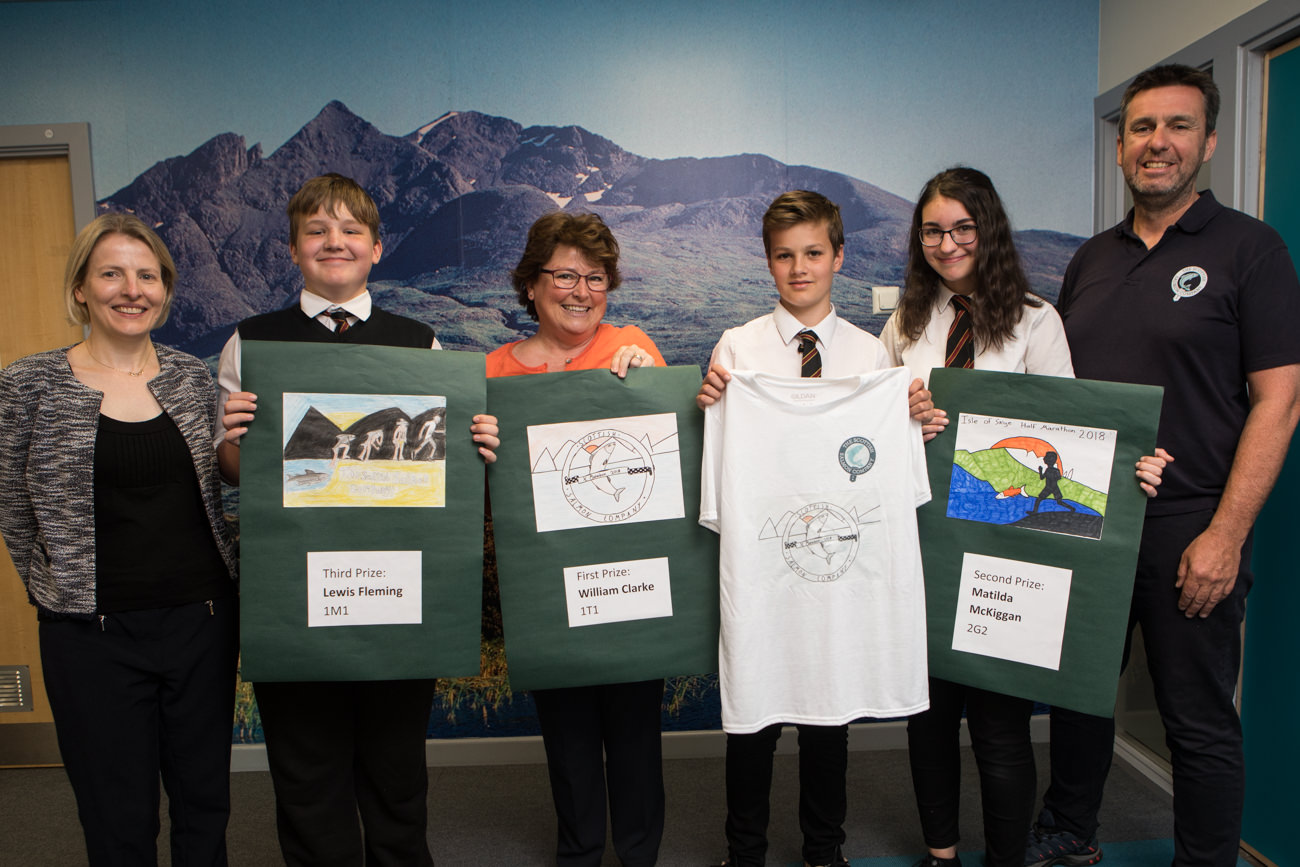 Along with his fellow S1 – S3 pupils at Portree High School, William was challenged by The Scottish Salmon Company (SSC) to design a race t-shirt based on the three key elements of its business: pride, passion, provenance. The Company is headline sponsor of this year’s race as part of a three year partnership and the winning design will be worn by a team of SSC runners taking part on Saturday 9 June.

With over 90 entries, SSC’s Chief Executive Craig Anderson and a panel of judges had the challenging task of whittling down the shortlist to select this year’s three top creative designs; naming William (S1) as the winner, and Matilda McKiggan (14, S2) of Portree and Lewis Fleming (12, S1) of Upper Edinbane in second and third place, respectively.

William’s design will be printed on exclusive t-shirts worn by a team of SSC staff who are running the half marathon - which starts and finishes at the high school – and the company’s volunteers for race day. All three finalists were awarded a gift voucher for local outdoor clothing and equipment store Inside Out, as well as some delicious Scottish Salmon.

Craig Anderson, Chief Executive at The Scottish Salmon Company, said: “Well done to William and a big thank you to everyone who entered and showed us their creativity and imagination in incorporating our company values, the Isle of Skye and, of course, Scottish Salmon into their designs.

“Almost 100 pupils at the school entered the competition and narrowing down the fantastic designs was certainly no easy task. We’re looking forward to seeing the SSC runners and volunteers proudly sporting William’s t-shirt on the day of the race.

“Events like the Isle of Skye Half marathon truly display the pride and passion people have for their community; from the organisers to the volunteers and runners, Portree will be alive with community spirit and SSC is proud to continue its support of the race.”

Claire Dorman, Head of Technology at Portree High School, said: “Taking on the design challenge for a second year was really exciting as it meant the pupils really had to push their imagination to come up with something eye-catching and different that pays homage to our beautiful island and the race. They all really got stuck into the task and produced some excellent designs for Craig and the team at SSC to choose from.

“I know that William will be very happy to see the team on race day wearing his t-shirt!”