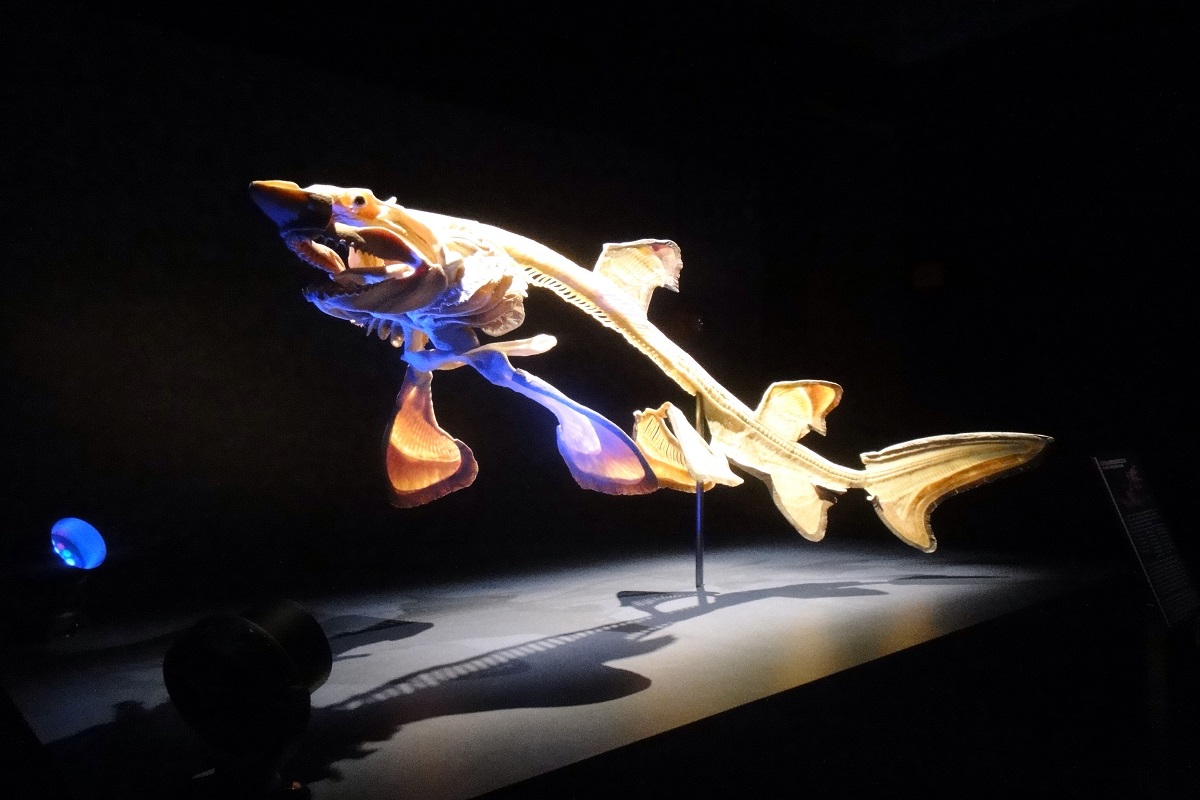 A first for Scotland, the exhibition opens at the Royal Highland Centre, Ingliston in Edinburgh between 21 September and 18 October and will showcase ﬁfty ethically sourced, real-life specimens of creatures including a Baleen Whale, Whale Shark, Great White Shark, Dolphin, Seal, Octopus, Penguin and Sting Ray on display. Visitors to the one-off exhibition will be able to glimpse inside these majestic beasts, learning about the complex life systems within and why we need to protect precious ocean life.

The painstakingly preserved displays use the same plastination process developed by Dr. Gunther von Hagens and made famous by artist Damien Hirst, replacing ﬂuids and soluble fats with resins and allowing us to view incredibly accurate ‘cross-sections’ of the creatures. The exhibition is brought to the UK by Culture Event Creative in partnership with the Scottish Association for Maritime Science (SAMS).

Alongside the many full-body exhibits will be a host of smaller displays, including the lung and eyeball of a Mink Whale, a whale’s kidney, the egg of a King Penguin, a Sea Lion’s heart and shark’s teeth. In total, over 200 exhibits will be on show.

The educational exhibition will also feature Virtual Reality and Augmented Reality, digital interactive experiences, allowing visitors to immerse themselves in an underwater world.

Sea creatures will be brought to life by a range of digital interactive experiences and will allow visitors to explore the deepest regions of planet earth’s oceans. The exhibition kicks off in London in July, before coming to Edinburgh then on to Harrogate and Belfast later in the year.

Naz Kabir of Culture Event Creative, commented: “Our fascination with the oceans is unwavering and the chance to get up-close and hands on with these majestic creatures is an incredible experience for children and adults.

“Sea Creatures gives visitors the chance to learn about the animals who inhabit the same planet as us, but very rarely - if ever - cross our paths, and our interactive and tactile displays create an incredible opportunity to ﬁnd out more about the creatures themselves, but also the many ways we can become involved in marine conservation and help to preserve the beautiful ocean life that is so important to us all.”

Early bird discount tickets are available now at www.seacreaturestour.com for a limited time only. Enter the discount code EARLYBIRD20 for 20% off standard prices. Tickets are on a first come first served basis, so people are advised to book now to take advantage of the limited discount.