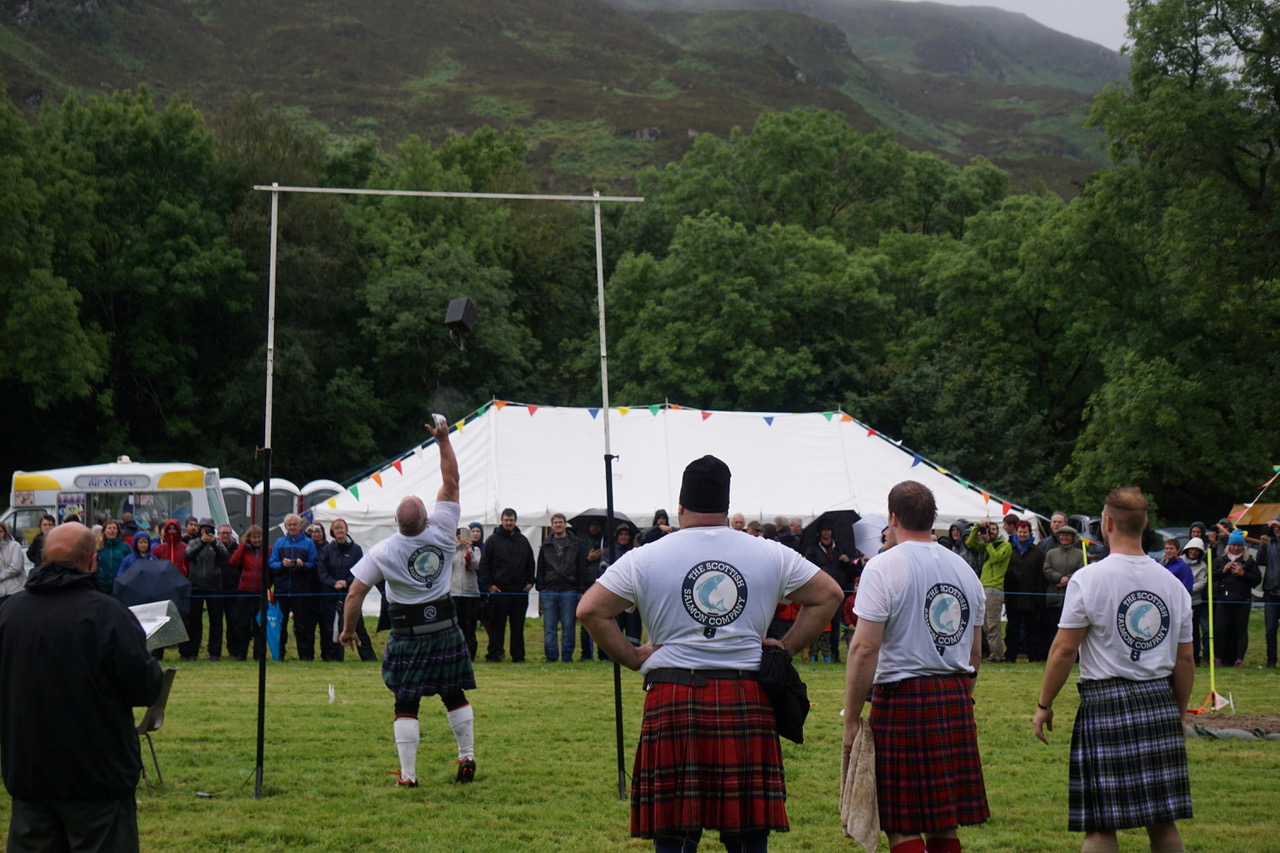 A bumper schedule of activity is planned for the day (Saturday 21 July). From traditional Scottish sports and dancing to music and food, including samples of SSC’s finest sea loch fresh Scottish Salmon and other Scottish delicacies, spectators are in for a real treat as the event celebrates its ‘Ruby Anniversary’ at Attadale Estate in Wester Ross. A returning highlight to the Games is the annual Hill Race, which the crowds can observe the entire event unfolding from the Games Field.

Since it started, the Lochcarron Highland Games, or the ‘friendly games’ as they have affectionately become known, have gone from strength to strength attracting thousands of visitors from all over the world with many making the annual trip from France, Germany, USA, Sweden, Denmark and the Netherlands.

To mark 40 years of the Games, organisers have pulled out all the stops this year to ensure visitors have the very best experience, including the new addition of Speyside Falconry to the programme. Entirely volunteer-led, the Games attract some 2,000 people each year to the Attadale Estate.

The annual flagship ‘Heavy Events’ event is always popular with spectators and this year looks set to be no different with participants displaying their impressive abilities clad in kilts and t-shirts provided by SSC. Jason Young, from Inver, dominated the Heavy Events at last year’s Games, winning seven out of eight events.

To mark the special anniversary, SSC has also commissioned Edinburgh-based artist Damian Callan to create a one of a kind drawing of a kilted Heavy to present to the overall winner as a memento of the event’s 40th year. Specialising in figurative painting, Damian attended last year’s Games and his work has also been on display with Lochcarron Gallery, which will have a pop-up at this year’s event.

With over 60 sites around the West Coast of Scotland and including Lochcarron, sponsorship of the Highland Games was an opportunity for the SSC to celebrate and support this tradition with the local community.

Craig Anderson, Chief Executive at The Scottish Salmon Company, said: “We have supported the Lochcarron Highland Games for a number of years and are very proud to be headline sponsor for the second year in a row. The Games are always a highlight for SSC and, of course, this year is extra special as the 40th anniversary.

“We wish all competitors the best of luck and look forward to cheering them on in a few weeks’ time. The Lochcarron Highland Games are only possible thanks to the hard work and commitment of a team of volunteers who always deliver great entertainment, warm hospitality and a fantastic day for all who attend.”

Maureen Brown, Chair of the Lochcarron Games Association, said: “To have the support of sponsors who truly value Scottish traditions is extremely important to us. The continued support of The Scottish Salmon Company means our 40th anniversary Lochcarron Highland Games look set to be the best yet.”