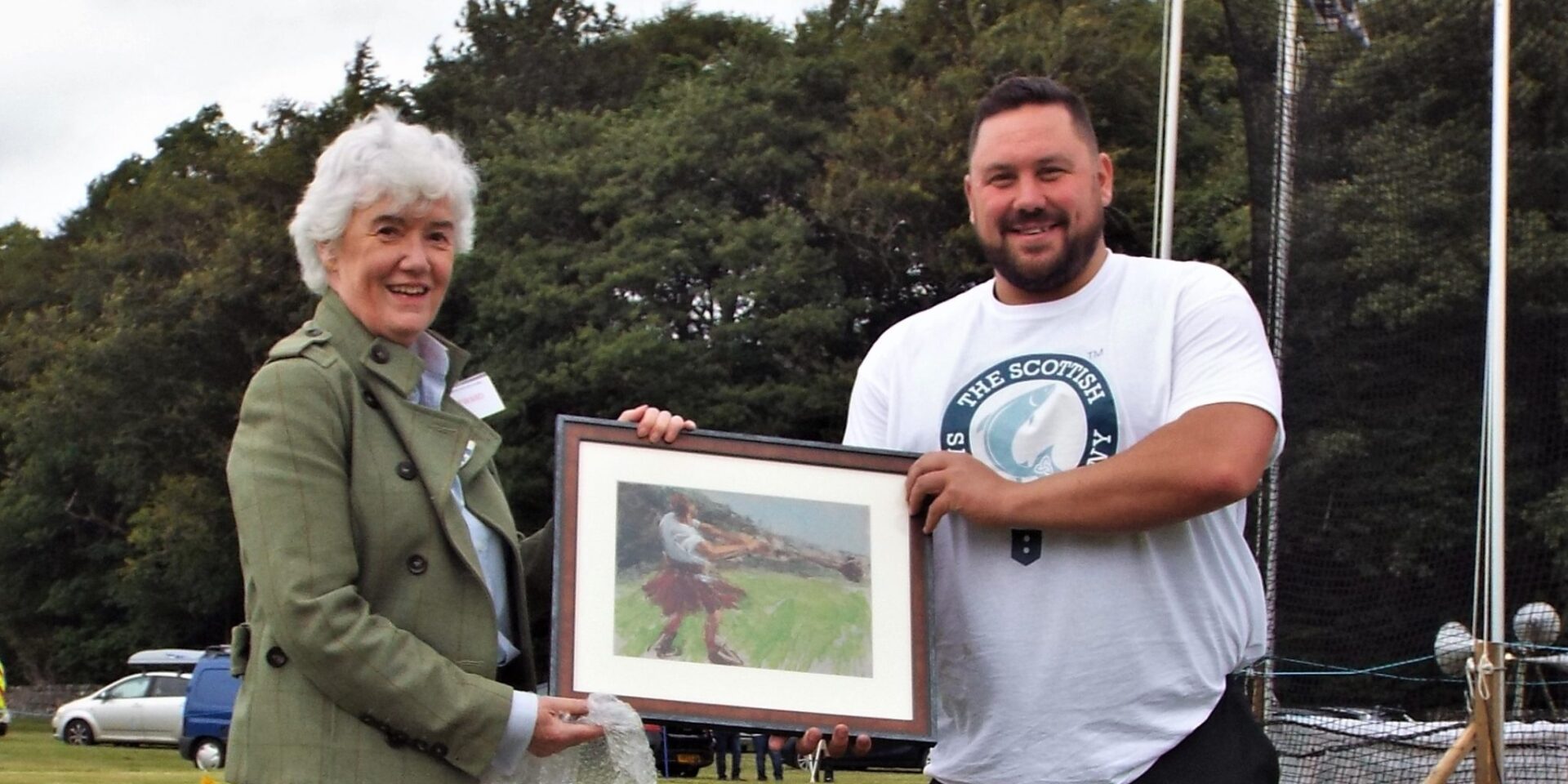 A firm fixture on the Scottish events calendar, this year’s event was once again supported by The Scottish Salmon Company (SSC) as headline sponsor. Featuring a jam-packed schedule of activities for all ages, from traditional sports and dancing to music and food, the Lochcarron Highland Games – affectionately known as the ‘friendly games’ – welcomed nearly 3,000 people, both locals and visitors coming for the day, with many making the annual trip from across Europe and the USA.

In what is also becoming an annual tradition, a team of volunteers from SSC were also in attendance offering some delicious samples of its finest sea loch fresh Scottish salmon.

A particularly special year for the Lochcarron Games, the quality of the competitors certainly did not disappoint. The flagship ‘Heavy Events’ were as popular as ever with spectators, with participants displaying their impressive abilities clad in kilts and t-shirts provided by SSC. Sinclair Patience won the Heavies title, and even beat his father’s record for Weight for Distance set in 1995. He was followed by John Macleod in second place, Jason Young just one point behind in third and Harry Hancock in fourth.

To mark the event’s 40th anniversary and as an extra special memento, SSC awarded Sinclair Patience from Tain with a specially-commissioned oil painting of a kilted Heavy by Edinburgh-based artist Damian Callan. Some additional pieces of Damian’s work were also on display at the Lochcarron Arts’ pop-up stall at the Games.

Entirely volunteer-led, the Games organisers certainly put on a show to remember with The Lochalsh Junior Pipeband and the Ullapool & District Pipeband both providing some traditional music. The new addition of Speyside Falconry to the programme also proved popular with visitors.

Craig Anderson, Chief Executive at The Scottish Salmon Company, said: “This year was extra special as the 40th anniversary of the Lochcarron Highland Games and the event organisers worked extremely hard to make it a huge success. Congratulations to all the participants and we hope everyone who came along enjoyed the warm hospitality and great entertainment.

“We are passionate about celebrating Scottish traditions and supporting local communities where many of our staff live and work. We are very proud to support the Lochcarron Highland Games and look forward to working closely together in the future.”

Maureen Brown, Chair of the Lochcarron Games Association, said: We are delighted that the day went so well and everybody enjoyed themselves. Sinclair Patience, the top Heavy athlete on Saturday, managed to beat two course records; he achieved 76ft 5 1/2 inches beating the previous record holder, his father George Patience who had achieved 75ft in 1995 – an appropriate achievement for our 40th Games.”

This year the Lochcarron Highland Games Association raised as much money at the Gate as it has ever done, enabling them to continue to support such varied local organisations as the Lochcarron Playgroup and Primary School, or the Lochcarron Shinty team and Lochcarron Golf Club.