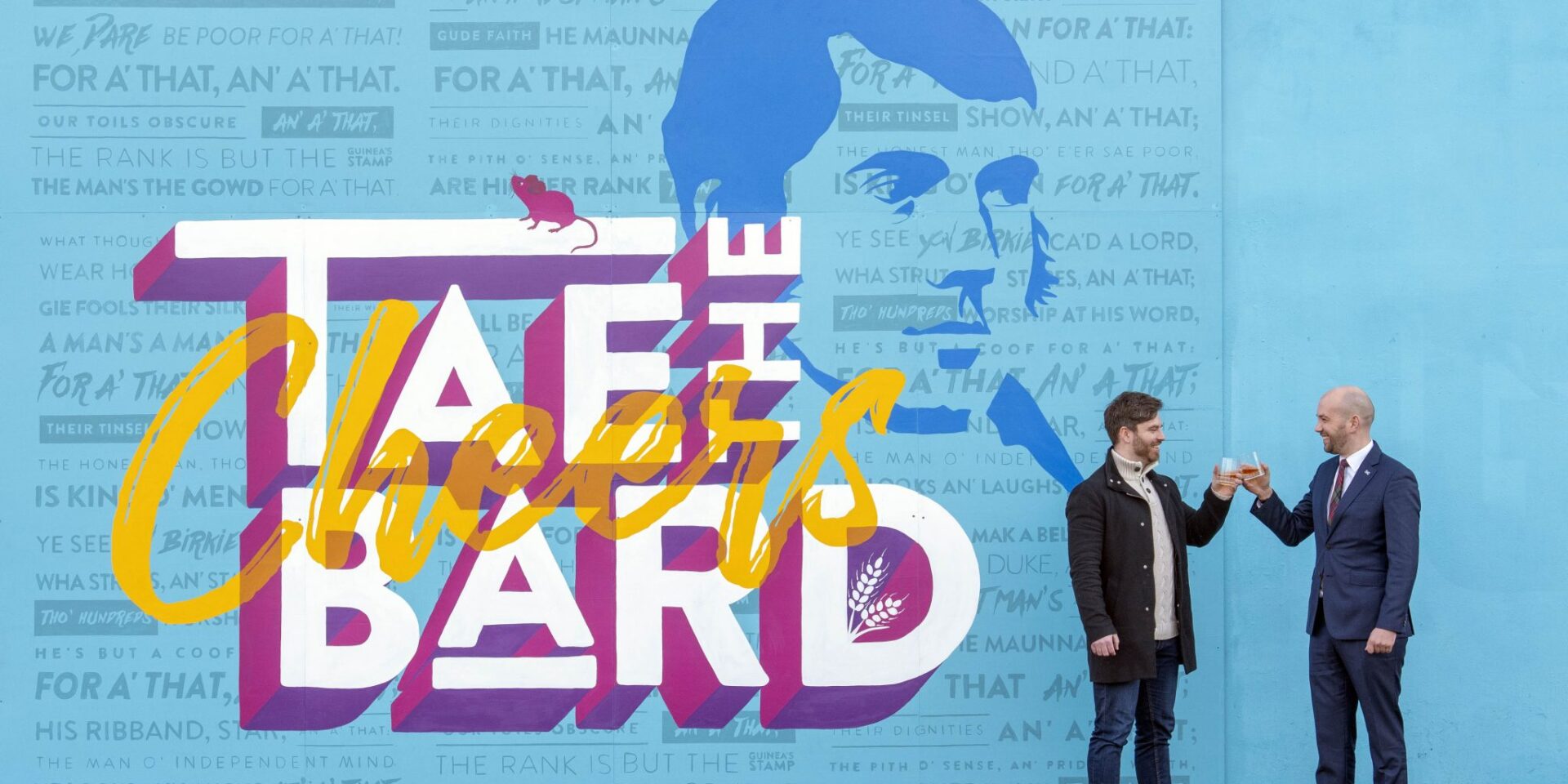 A new tribute to Robert Burns has today (14 January) been unveiled ahead of Burns Night 2019 to celebrate his legacy and continued impact on modern Scottish culture.

The mural, created by Scottish lettering artist Craig Black, showcases one of Burns’ best-known works with a modern twist and is on display at SWG3 in Glasgow throughout January. It launches the Scottish Government’s #TaeTheBard campaign which will explore what makes the work of Robert Burns continue to resonate with and inspire people of all ages across the globe, 200 years after his death.

#TaeTheBard includes a rich blend of contemporary celebrations to commemorate the influence of world-famous poet Robert Burns who brought us over 700 original works.

One of the leading experts on Burns, Dr Pauline Mackay, Lecturer in Robert Burns Studies at the University of Glasgow, will host a series of podcasts exploring his enduring legacy with modern Scots, including singer songwriter Mairi Campbell, graphic artist Susan McGill, renowned chef Colin Bussey and poet Catherine Wilson.

Fans of Burns from all over the world will also have the opportunity to take part in a global virtual toast, paying tribute to the much-loved poet by posting a photo of their celebration on social media using #TaeTheBard.

#TaeTheBard is part of Scotland’s Winter Festivals and events will take place across his home country which have been supported with funding from the Scottish Government.

“It is fantastic to be involved in #TaeTheBard, I am so proud to be a part of celebrating the great Robert Burns and illustrating his work in a different way.

“A team of designers from the creative community worked with me to install the mural, which they were happy to do because of their love for Burns. When we stepped back and saw the finished piece in all its glory I was so proud, I can’t wait for people to see it.”

“Burns Night is one of Scotland’s most well-known and best loved national days, celebrated by millions around the world.