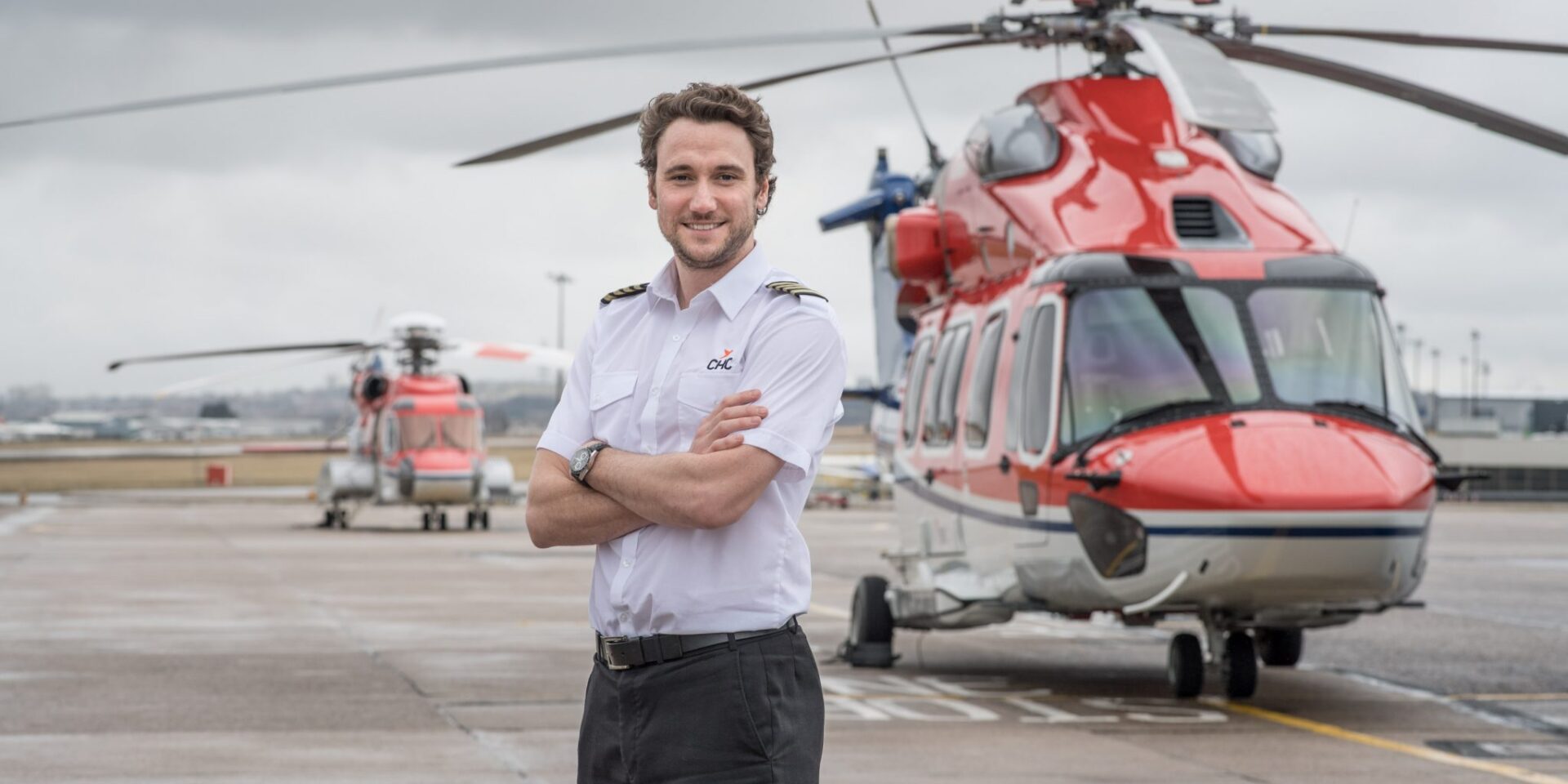 Captain Ryan Broadhurst, who flies for CHC, and the airport team are turning Aberdeen Airport into a fun-runway later this year when around 300 participants take part in the new charity event which will begin at midnight on June 30.

Runway runs have proved popular at other airports around the world and runners taking part in the Aberdeen event will run two lengths of the runway which equates to a 3.5km run.

Ryan is hoping to raise thousands of pounds for good causes including Veterans with Dogs; Aberdeen Befriend A Child; and Sue Ryder Care in Aberdeen.

He said: “I’ve always thought the Aberdeen Airport runway would be ideal for a charity run. It’s a reasonable distance but people probably don’t realise there is a bit of an incline as you head out on the southern end of the runway, so it’s pretty challenging, without being too hard.

“Running has become increasingly popular as a means of getting fit. We’ve limited spaces to only 300 and we anticipate a lot of demand to take part.”

All participants will start at the same time and complete two lengths of the lit runway. Transponder chip technology will be used to accurately time each individual. The results will then be displayed in the CHC terminal at the airport once the runway has been vacated.

Registration of runners begins at 10pm. Runners can take part as individuals in the Fun Run or enter as part of a team of 12 with all the times aggregated in the Team Marathon, with the fastest teams winning prizes.

Ryan added: “The Team Marathon allows people to compete not only as individual runners, but also to have the added bonus of competing with other teams.”

Carol Benzie, Managing Director of Aberdeen International Airport said: “We are very excited to be able to announce our Runway Run in collaboration with CHC Helicopter. Our last runway run event was hugely popular and this year’s run will accommodate five times the number of runners.”

CHC’s Europe, Middle East and Africa Regional Director Mark Abbey, said: “Ryan has been passionate about putting the Runway Run together and we are delighted to support him. We’ve had tremendous assistance and backing from the Aberdeen International Airport team. Everyone has worked very hard to make this happen.

“Aberdeen is a busy airport and safety has to be the top priority at all times, but we also know that this event is likely to be very popular and I hope people take advantage of this very rare opportunity to run the runway.”

It costs £25 per runner to take part, with each runner required to raise a minimum of £100. Prizes include a flight in a CHC Helicopter aircraft to the top five highest fundraisers.

More information and sign up is available at www.aberdeenrunwayrun.co.uk