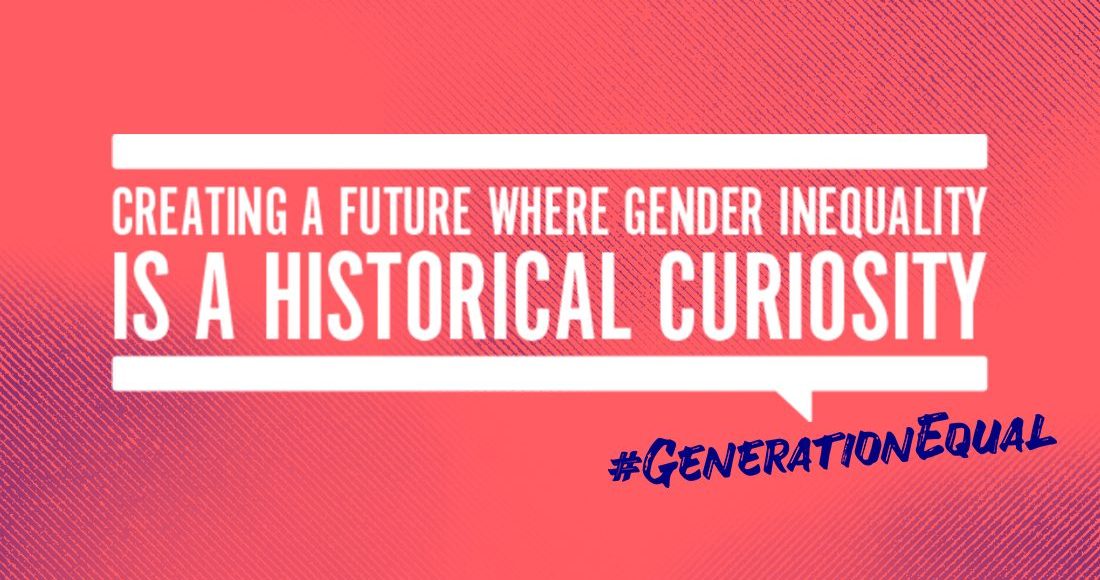 The study commissioned by the First Minister’s National Advisory Council for Women and Girls (NACWG) revealed the imbalance as it launches #GenerationEqual, a Scottish movement championing equality for all – women, girls, men and boys of every age, gender, race, religion or belief.

The research revealed that while two thirds of Scottish men (66 per cent) believe that men and women have equal opportunities to fulfil their potential in Scotland, only half of women (55 per cent) agree.

A power imbalance is clear. A third of women (35 per cent) say they would not feel confident to call out gender inequality when they witness it, whereas three quarters of men (75 per cent) believe they would.

#GenerationEqual aims to provide everyone with a voice. Each month, the movement will address a different, thought provoking issue that’s a prominent barrier to gender inequality. Dubbed monthly spotlights, the first focuses on sexual harassment this month (June), while future topics planned for later in the year include poverty/finance, masculinity, STEM, education, justice and health.

With 69 per cent of women believing that tackling gender equality should be one of the Scottish Government’s top concerns compared to only a quarter of men (23 per cent), the NACWG aims to provide an independent, challenging voice to the First Minister on the inequalities experienced by women and girls in Scotland today.

Louise Macdonald OBE, NACWG Chair and Chief Executive of Young Scot comments: “For generations, our history has been written by one gender. It’s been told from one perspective, one vision, one half of the population. For years, we’ve been striving for change, and now we have an opportunity to create a future where gender inequality is nothing but a historic curiosity.

“#GenerationEqual wants to hear from everyone in Scotland - men women, young and old - what they think needs to be done to move the conversation into action and policy change. Whether you are one of the people who don’t think they can make a difference, or who lack confidence to speak out, it’s easy to get involved.”

Louise leads the 17-strong women and girls Advisory Council whose members include Baroness Kennedy of the Shaws, Equate Scotland Director Talat Yaqoob, and Chief Medical Officer for Scotland Catherine Calderwood. Representing a variety of jobs, roles and backgrounds, they were selected to bring a wide range of life experiences and voices to the group.

The Council is supported by an additional 390 circle of ambassadors representing organisations including Children 1st, Rape Crisis Scotland and LGBT Youth Scotland.

Louise added: “Every one of us is passionate about tackling gender inequality. We want to champion positive progress and encourage Scotland to become a beacon for gender equality around the world.”

For more information on how to get involved with the #GenerationEqual movement, please visit https://onescotland.org/equality-themes/advisory-council-women-girls/