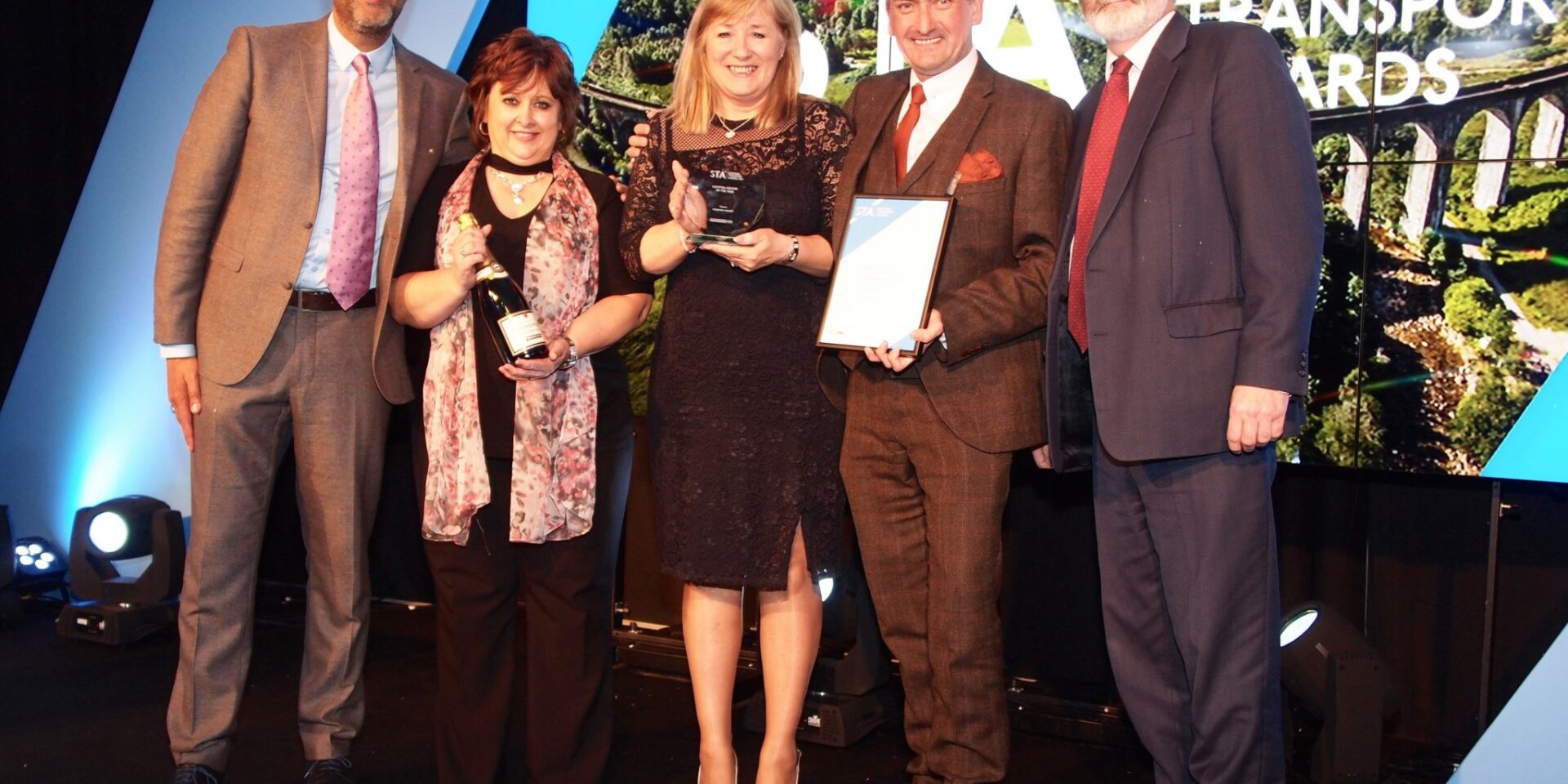 The 15th annual awards ceremony was held at the Radisson Blu Hotel on Thursday 15 June and was attended by more than 370 industry professionals from Scotland’s transport sector.

Inverness Airport picked up the winning award after being shortlisted against Glasgow and Edinburgh airports. The awards recognise excellence, innovation and progress across all areas of transport in Scotland.

In 2016 Inverness Airport underlined its increasingly important role to the Highland economy with a record 796,854 passengers, a 17.4% annual increase. Over the past year, the airport has undertaken a series of improvements to the terminal and facilities, with £900,000 of investment to improve the arrivals area, departure lounge, retail outlets and catering offering.

Inverness Airport general manager, Graeme Bell, said: “This award is a real vote of confidence for Inverness Airport and we are delighted to have been named Scottish Airport of the Year. We were up against strong competition from both Glasgow and Edinburgh airports but with new routes and record passenger numbers, Inverness Airport continues to go from strength to strength.

“The airport is a key player in the economic growth of the region and local economy, with increased connectivity providing Highland customers and businesses with better transport links.  We stand in good stead for an even busier year in 2017.

“A big thank you must go to our loyal customers and hardworking team as without them, we would not have received this award.”

Minister for Transport and the Islands Humza Yousaf, who delivered the keynote speech at the event, said: "I was delighted to attend my second Scottish Transport Awards and pay tribute to those often unsung heroes who help keep Scotland moving, usually during unsociable hours and challenging conditions.

"There is much to celebrate and also to look forward to across the transport sector in 2017. The coming year will see many new projects come online, boosting the economy and improving business opportunities and connectivity in the process.

"Congratulations to all of tonight's nominees and winners and to the organisers of such a successful event."