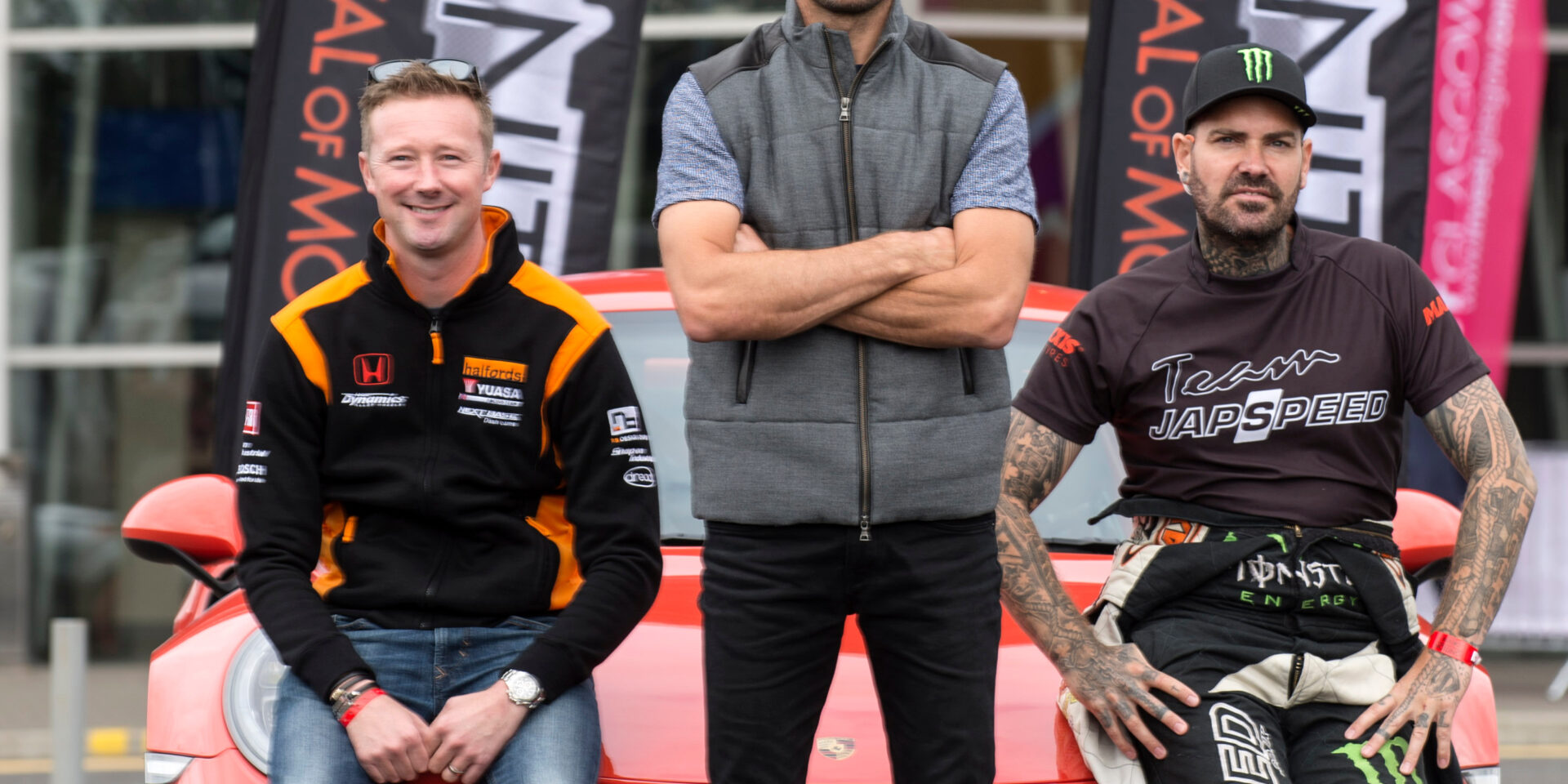 Motor enthusiasts are expected to flock to the three day festival where Mark Webber, the 2015 World Endurance Champion and winner of nine Formula One Grands Prix, will undertake power laps today (5 August) around Glasgow’s first ever street circuit, on roads snaking between the SECC and the nearby SSE Hydro Arena.

Webber said: “I’m really look forward to putting on a good show for the crowds. Scottish motorsport is steeped in history, whether it’s Rally or Formula racing and they’ve really punched above their weight in terms of some legendary drivers from that country.

Shane Lynch, who first came to fame as a member of Boyzone, will be in attendance throughout the weekend as a top competitor for Team Japspeed, one of the world’s premier outfits competing in the spectacular sideways motor sport discipline of drifting. Team Japspeed – with Lynch at the wheel of his amazing, supercharged Nissan 370Z – will be providing festival goers with dramatic high-speed demonstrations throughout Scotland’s eagerly-anticipated three-day feast of engine-revving excitement.

Event Director Jeremy Vaughan, commented: “Scotland’s rich heritage and passion for motor sport coupled with Glasgow’s proven ability to stage world leading events makes it the perfect location for our innovative IGNITION Festival of Motoring. We were overwhelmed by the response from Glasgow City Council, the SECC, media, manufacturers and dealers – not to mention Scotland’s fervent motoring fans – when we first discussed bringing an event like this to Glasgow which showed there was a huge demand for a new kind of dynamic motoring event in Scotland. We’re delighted that IGNITION is finally here in Glasgow this weekend.”

Scotland’s own Formula One star David Coulthard will take to the specially constructed Street Circuit in the Red Bull Racing RB7 on Saturday 6 and Sunday 7 August, giving fans a unique opportunity to see and hear a Formula One machine up close.

Further highlights planned for the weekend include power laps by tame racing driver The Stig, beautiful displays of classic cars and memorabilia plus homages paid to some of the world’s finest motor sporting heroes.  The Top Gear Live Stunt Team, led by Paul Swift will also be in action, taking over the live action zones with an impressive display of precision driving.

IGNITION promises to be the most exciting, ambitious and complex motor show ever to be staged in Scotland. Organised by the team behind Top Gear Live, IGNITION will be nothing like a traditional motor show.