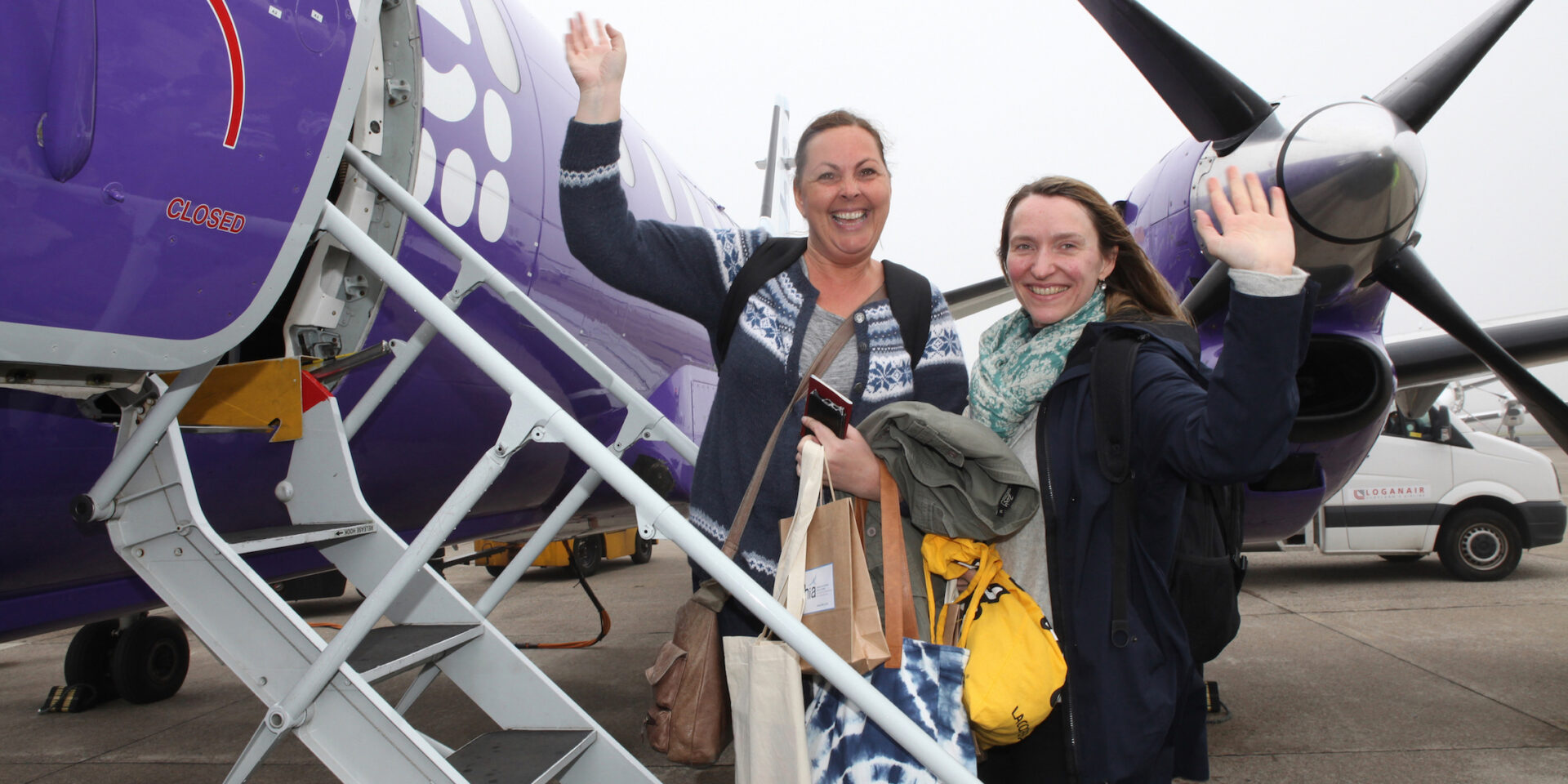 The flight from Orkney, operated by Loganair, means islanders can now reach the Norwegian city of Bergen – known as “the gateway to the fjords” – in less than 75 minutes.

Enhancing the existing profile of destinations already on offer from Kirkwall, including the major Scottish cities - Glasgow, Inverness, Aberdeen and Edinburgh - the first international route from the airport will fly every Saturday throughout the summer season. In addition, there will be a new Tuesday connection via Sumburgh Airport.

Kirkwall Airport is the main aviation hub to and from the Orkney Isles and this new route will offer a greater choice for passengers, as well as supporting business travel for the energy industry.

Passengers travelling on the first service at the weekend were treated to goodie bags and cake as well as a special taster of a Ber’gin’ cocktail mixed with Kirkjuvagr Gin, straight from the local island distillery. The aircraft was framed by a traditional water cannon salute as it departed from the airport.

Inglis Lyon, HIAL managing director said: “It’s great to see another new flight route get off the ground from one of our Scottish island airports. The link with Bergen offers increasing business and leisure opportunities for both Scottish and Norwegian travellers and will no doubt benefit the local community.

“We had a record year last year, and hope that new routes such as this one, will only help to improve passenger numbers over the coming 12 months.”

As part of Loganair’s biggest ever summer flight schedule, the new flight from Kirkwall to Bergen was launched as the airline announced its transition from the Flybe franchise.

Jonathan Hinkles, Loganair’s Managing Director said: “We’re delighted to be re-launching our service between Kirkwall and Bergen, connecting Orkney with the “gateway to the Fjords” in just over an hour’s flight.

“Forward bookings for this summer’s programme of flights have been very encouraging and we’re seeing a very good mix of customers from both Norway and Scotland using the route, underlining the strong cultural ties between the communities.”

Bergen is the second largest Norwegian city and an ideal holiday destination, famous for its colourful city-centre, the UNESCO World Heritage site Bryggen, the old wharf of Bergen as well as one of Norway's biggest cultural events, the Bergen International Festival.

Minister for Transport & the Islands, Humza Yousaf said: “I very much welcome this new service connecting Orkney and Bergen.

“New routes and improved connectivity are hugely important for islands communities and the Scottish Government is very supportive of the work being done by HIAL and their airline partners to grow passenger numbers.

“It is an exciting time for air travel in the Highlands and Islands and I am keen to see new routes like this thrive.”