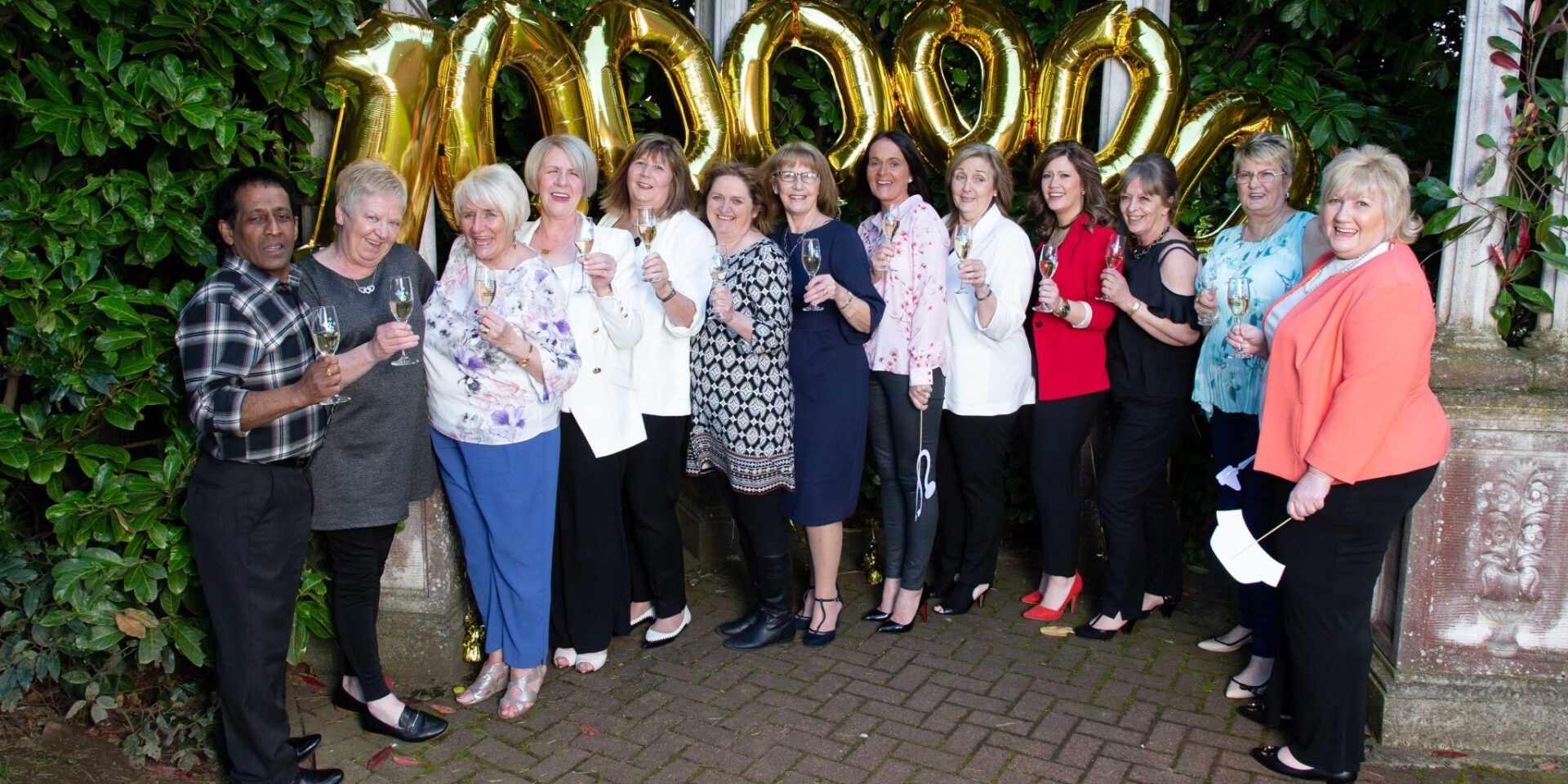 The Winning Nurses syndicate lived up to their name with each member pocketing more than £66,666 by paying in just 50p, after matching one of the two lucky UK Millionaire Maker codes. The syndicate have been playing together for three years and the £1 million windfall tops their previous biggest win to date - £12!

Syndicate member June Fraser was in charge of checking the tickets each week: “I checked the tickets using the National Lottery app on Saturday morning. I scanned the first one and it wasn’t a winner – I actually thought that was the ticket for Friday night’s draw and very nearly didn’t scan the second one as I thought it was for a future draw.

“When I did and it told me that we’d won £1 million I thought the app must be broken – I couldn’t believe it!”

“My first phone call was to my ward where I managed to get hold of two of the other members who were working. I phoned a few other members but I was just too hyper to call everyone at that point. I still went into work later that afternoon though!”

When June went to work she made sure the lucky ticket came with her by pinning it to the inside of her nurse’s uniform. Back home on Sunday she hid it under her cutlery drawer to make sure it stayed safe.

The win means the syndicate members will be able to splash out on everything from trips to Canada, Sri Lanka, cruises, new cars and even a motorbike.

For Carol Hamlyn it will mean that she can have the retirement she has always dreamed of: “I am due to retire in November and this win will be life-changing for me. I was going to have to keep doing a few shifts but now I have financial security and I can also look after my four children and my three grandchildren.”

But the first thing the lucky winners are spending their money on is a bumper batch of cakes and goodies to treat the staff, patients and families at Cleland Hospital.

The Winning Nurses Syndicate bought their EuroMillions ticket from the Co-op store on Station Road in Shotts. Their winning code from the EuroMillions UK Millionaire Maker draw on Friday 20 April was ZFCS80189.

The National Lottery changes the lives of winners like The Winning Nurses as well as communities across the UK – players raise around £30M for National Lottery-funded projects every week.