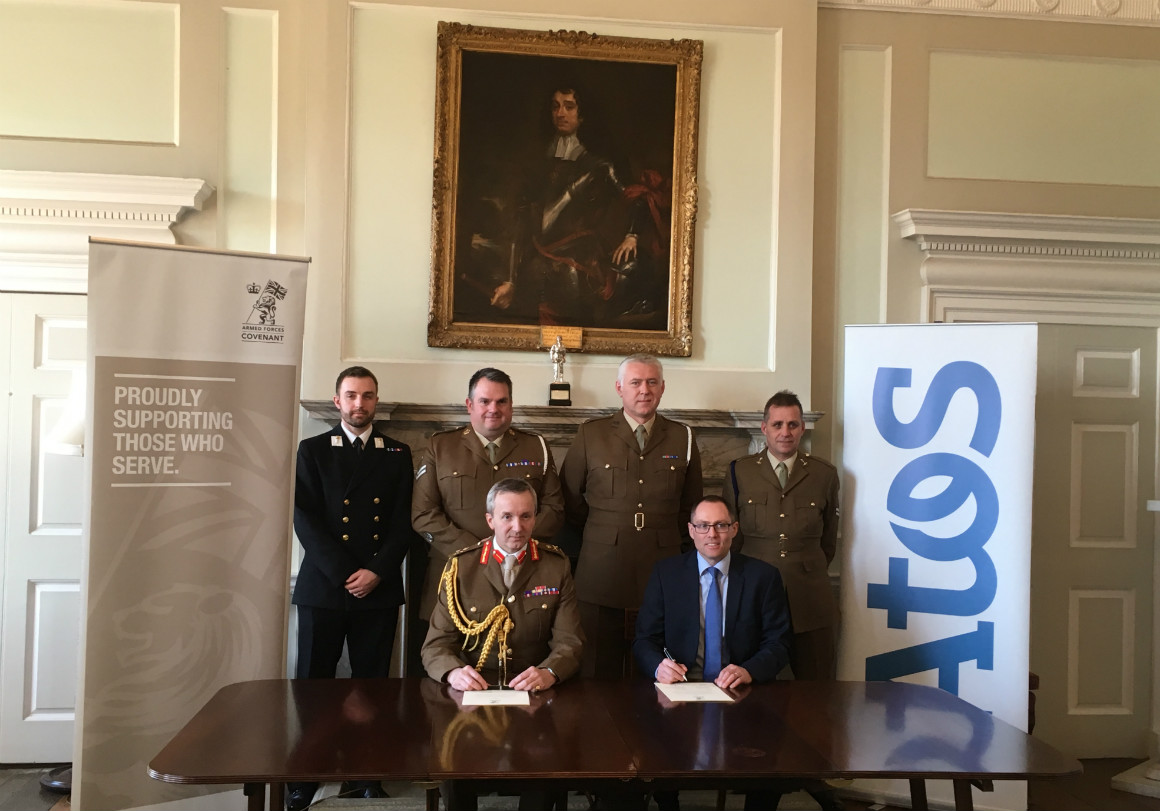 Atos has strengthened its relationship with the Armed Forces after receiving the Gold award in this year’s Employer Recognition Scheme (ERS), a scheme which encompasses awards for employer organisations that pledge, demonstrate or advocate support to defence and the armed forces community, and align their values with the Armed Forces Covenant.

The re-signing, to include this new status, took place at Horse Guards Parade with the General Officer Commanding (GOC) and representatives from Atos including Gavin Thomson, Senior Vice President at Atos and sponsor of Atos’ Armed Forces Network.

Gavin Thomson said: “It is fantastic that we have been recognised for our commitment to the Defence and Armed Forces community and to re-sign the Armed Forces Covenant is an extremely proud moment for the entire company.

“People leaving the armed forces have highly transferable skills and talent that businesses and our wider communities can’t afford to waste. Atos employ numerous ex-service and reservist’s personnel and we know from experience the value they bring to our business.

As well as supporting the employment of both young and old veterans through a partnership with the Career Transition Partnership (CTP), Atos is also committed to supporting the employment of spouses in the workforce. The company will endeavour to offer a degree of flexibility in granting leave for service spouses and partners before, during and after a partner’s deployment.