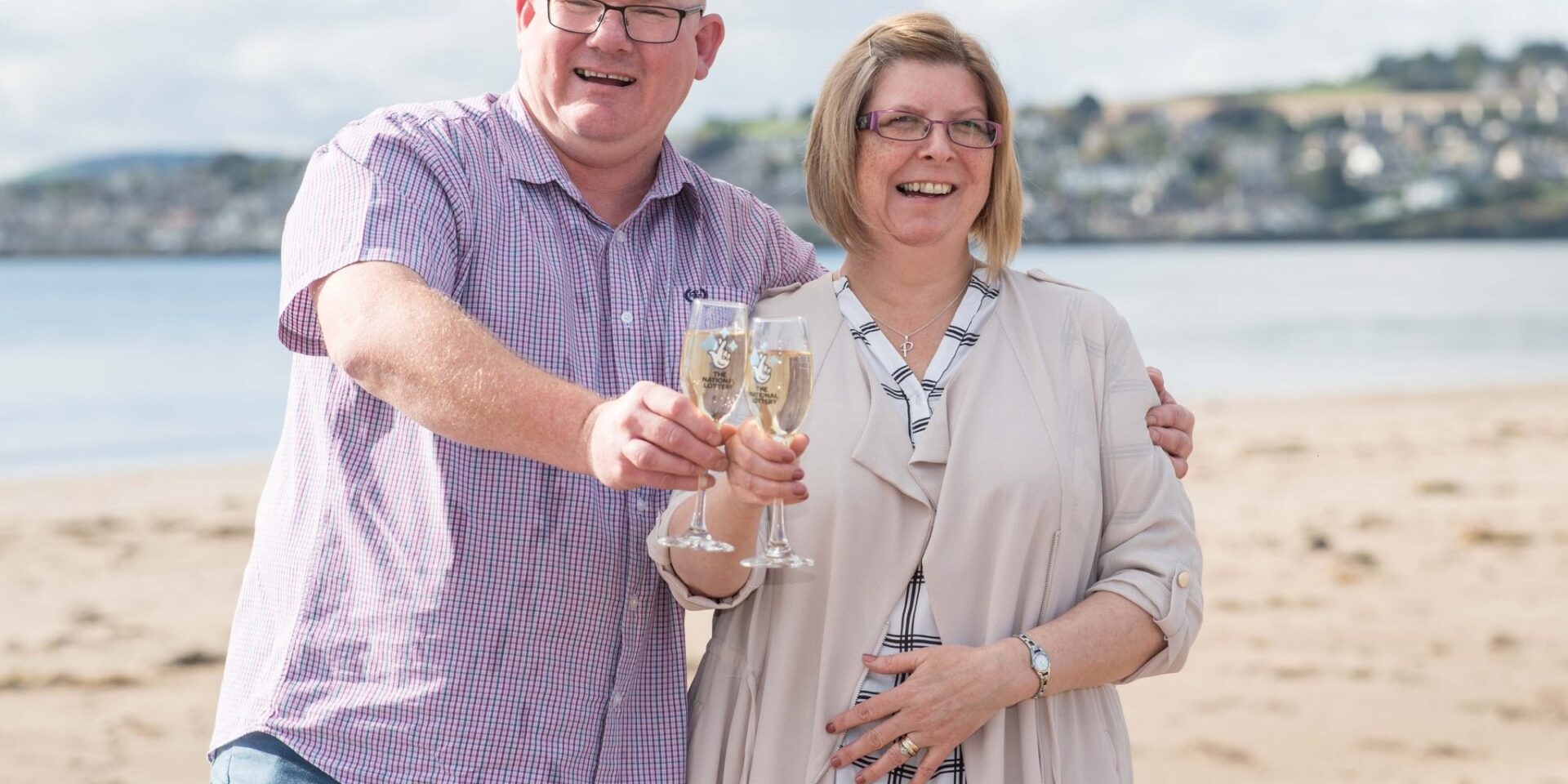 Ahead of Friday’s draw, Jim Forbes (50), a HGV driver from Tayport, recalls his winning moment in the EuroMillions draw last September. His ticket matched five numbers and one lucky star to scoop a £655,838 win. He was over the moon, so much so, he couldn’t comprehend the good news during his telephone call to the National Lottery to confirm his win.

Jim said: “When I phoned the National Lottery Line, I thought they would say I had won a couple of hundred or even a thousand pounds but then the call handler asked me if I was sitting down. When he told me the amount I was ecstatic.

“I couldn’t believe it. I went in to a state of shock with so many different thoughts running through my mind. I was struggling to make sense of the news I’d been given – far less the call handler trying to understand what I was saying!

“I knew my call would be hilarious to listen back to and am so pleased that the National Lottery has been able share this. I just kept thinking this doesn’t happen to people like me – but this shows that it can.”

He has revealed his winning moment ahead of Friday’s draw, which if won, would propel the winner to 833rd place on the Sunday Times Rich List right next to Christopher Duncan (£133M) who gave the world Henry the smiling vacuum cleaner. They’d also land on the prestigious list near George Clooney (£131M) in 837th spot – the Hollywood heartthrob is rumoured to have once casually gifted each of his 14 best friends $1 million US dollars, and to have recently whisked his wife Amal away for a whirlwind 24-hour trip to California’s Big Sur for her 40th birthday.

Andy Carter, The National Lottery’s Senior Winners’ Adviser, said, “The anticipation is growing as the jackpot rolls and Brits imagine how their lives could transform if they won the remarkable nine-figure sum. Needless to say we have the champagne on ice and some aside especially for spraying too!

“EuroMillions players help raise the £30M plus that The National Lottery gives to Good Causes each and every week. This supports projects big and small across the country, including funding everything from local community projects to some of the nation’s athletes competing at the Winter Olympics in PyeongChang.”

If won, the staggering EuroMillions jackpot would be the first to be won in the UK in 2018 and the third biggest win ever in the UK. Currently the biggest lottery winners in the UK are Colin and Chris Weir from Largs who won £161M on EuroMillions in 2011.