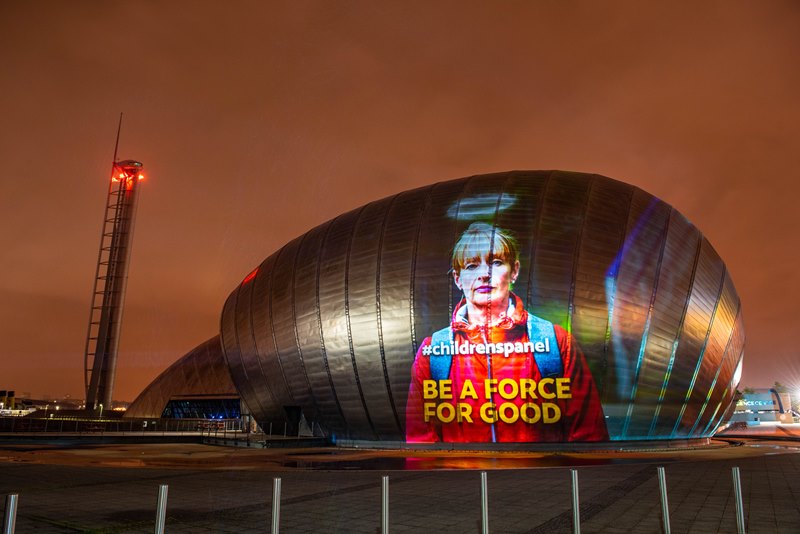 Launching tomorrow (17 August), the “Force for Good” campaign by Children’s Hearings Scotland (CHS), which is responsible for recruiting volunteers to join Scotland’s unique Children’s Panel, aims to encourage more women, men and particularly those aged between 18 and 25 to become Panel Members.

Scotland’s Children’s Panel is made up of 2,500 volunteer Panel Members who give their time to ensure the safety and wellbeing of vulnerable children and young people who may be at risk.

Completely dependent on the time and commitment of these volunteers, CHS is looking to recruit over 500 new Panel Members from all ages, backgrounds and locations across Scotland with a particular focus on attracting more men and young people.

Boyd McAdam, National Convener of Children’s Hearings Scotland, said: “Children and young people attending hearings have told us that they want to see more diversity among Panel Members. In particular, they’re keen to see more young people to whom they can potentially relate when decisions are being made about their lives.

“To ensure we are doing the very best for those who experience the hearings system, we feel it is important to recruit as many young people as possible to volunteer as Panel Members. In addition, this year we are also looking to recruit more men to the Panel and have a national target of around 200.”

Between April 2017 and March 2018, 32,553¹ children’s hearings took place supporting 14,076² vulnerable children and young people across Scotland at risk of neglect, abuse or who may be involved in the care system.

Whilst children and young people can be referred to the Children’s Reporter for a range of different reasons, recently released statistics show that between April 2017 and March 2018, 85% of the cases referred were on the grounds of care and protection³. This is the most common ground for referral for children under the age of one⁴.

Boyd adds, “Panel Members are required to deal with a range of different cases in children’s hearings. These can often be very complex. We are looking for a diverse range of people who can engage with children and young people, make important and difficult decisions and importantly who can ensure that the rights of the child or young person in each hearing are respected.”
The new CHS campaign which was brought to life this week with giant projections on the Tron Kirk in Edinburgh, Saint Lukes in Glasgow’s east end and the Glasgow Science Centre, will run for five weeks until the end of September.

In a change from previous campaigns, CHS is promoting the positive contribution each and every person can make to impact a child’s life as a volunteer Panel Member.

The Minister for Children and Young People, Maree Todd MSP, said, “I am hugely impressed by the dedication and commitment of Panel Members in ensuring Scotland’s children and young people feel safe, loved, valued and respected.

“As volunteers within the Children’s Hearings System, they give their time to support children and young people in their local communities and they ask for nothing in return. They are a force for good and their role is vital.”
The Children’s Panel is a system unique to Scotland and last year saw around 1,500 people apply to become members. There are currently 3,000 volunteers across Scotland (this figure includes Area Support Team members who are also volunteers) dedicating around 360,000 hours each year to the Children’s Hearings system.