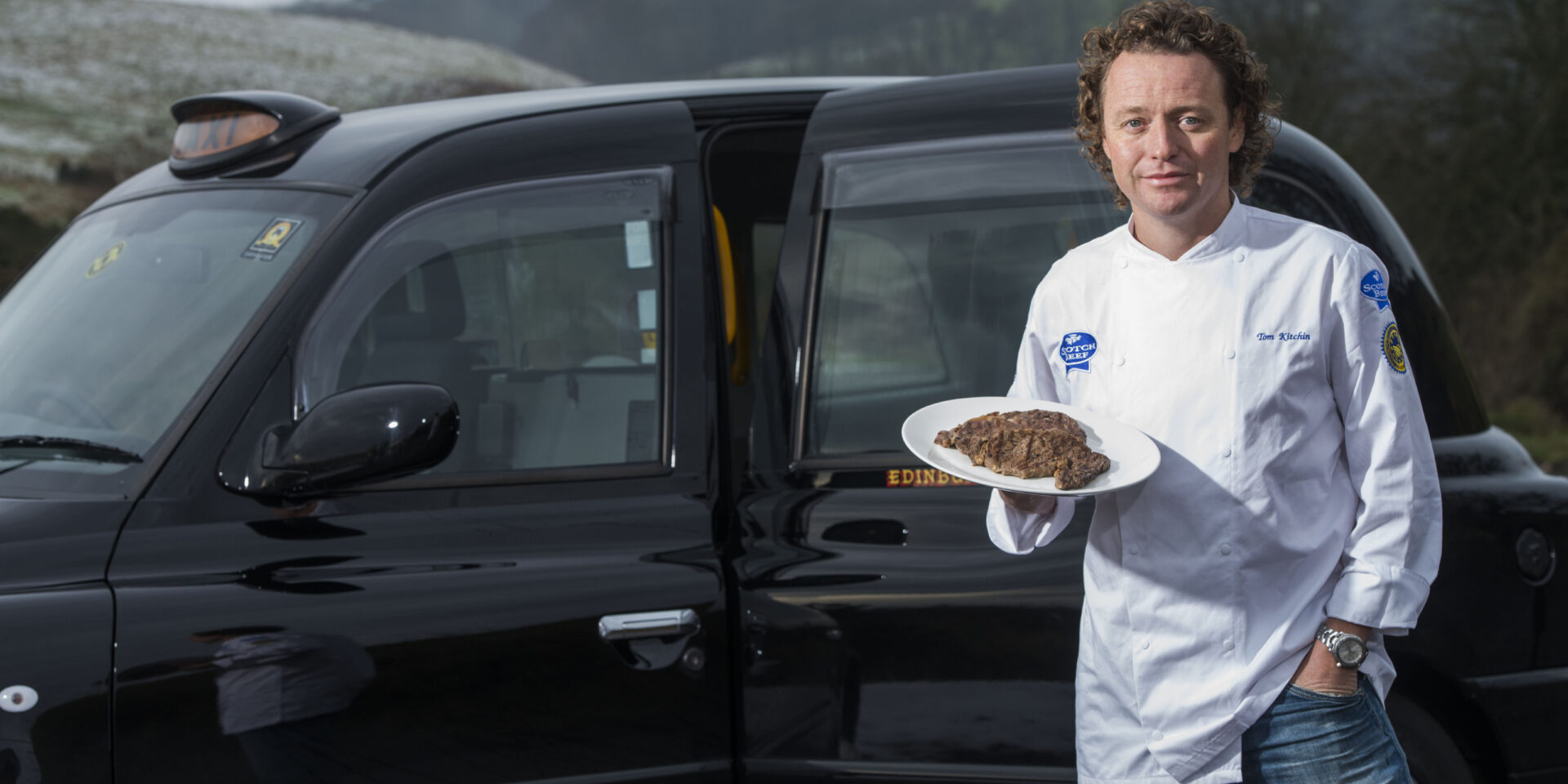 The top chef, who regularly appears on Saturday Kitchen and The One Show, is reminding consumers of what sets Scotch Beef apart, in a new Quality Meat Scotland campaign launched this week.

The 13 week campaign will showcase Scotch Beef and the flavour, provenance, traceability and integrity which underpin the brand’s PGI (Protected Geographical Indication) status.

With the strapline of “There’s beef, there’s Scottish beef, then there’s Scotch Beef”, the campaign will target 10 million consumers across Greater London and the Home Counties during February, March and April and aims to inform, educate and inspire them to use Scotch Beef when they cook. The campaign will also run in Scotland during March and April.

Mr Kitchin, whose cooking philosophy is “From Nature to Plate”, has a passion for using the finest, freshest Scottish seasonal produce and serves Scotch Beef in his Michelin star restaurant The Kitchin, as well as Edinburgh gastro pub The Scran & Scallie.

Chef Tom Kitchin said: “I firmly believe that Scotland’s natural larder is without doubt one of the best in the world, we’re lucky to have such outstanding produce here on our doorstep and Scotch Beef is a perfect example of this.”

“As a chef, it’s one of my favourite ingredients because it’s so incredibly versatile. From a roast sirloin steak to slow cooked beef cheeks it never fails to disappoint. This campaign is the perfect opportunity to showcase just how good Scotch Beef is and will hopefully encourage the rest of the UK to try the wonderful produce Scotland has to offer.”

A key objective of the 2016 campaign is to clearly differentiate Scotch Beef, and the marketing push will include billboard and press advertising as well as on-line activity.

Three hundred independent butchers, who are members of the Scotch Butchers Club, will also receive promotional packs with steak sauce recipe cards and resources to help them boost their sales of Scotch Beef steaks.

Laurent Vernet, Head of Marketing at QMS, said that the campaign aims to inform people just how simple cooking with Scotch Beef can be.

“I would, therefore, encourage shoppers when they are in their butchers shop or supermarket aisles to look for the Scotch Beef PGI logo which guarantees quality in every bite as well as world-leading levels of traceability, assurance and welfare standards.”