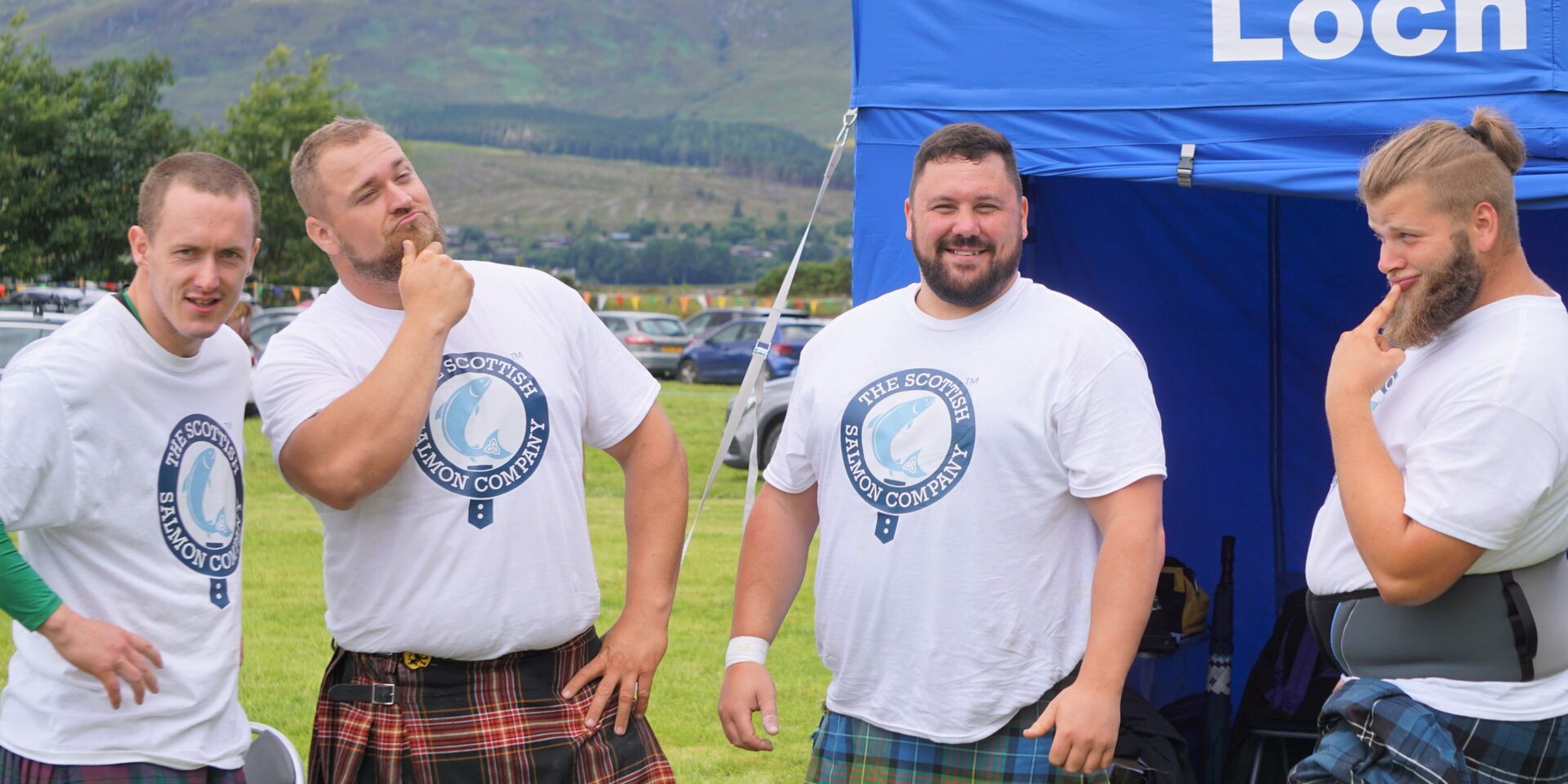 The Lochcarron Highland Games brought bumper crowds to Attadale in Wester Ross this weekend (Saturday 20 July) with some 2000 people enjoying a variety of traditional Scottish activities. The Games were supported by The Scottish Salmon Company (SSC), who were the headline sponsor for the third consecutive year.

Now in its 41st year, the ‘Friendly Games’ as they are known locally, were a great success with residents and visitors from all over the world celebrating traditional Scottish sports and dancing, as well as music and food, including a BBQ with SSC’s finest Scottish Salmon in the Food Tent.

The popular flagship ‘Heavy Events’ saw top athletes test their strength, skill and resolve in activities such as hurling the hammer, throwing the shot, and tossing the caber, while clad in t-shirts provided by SSC. Sinclair Patience of Tain won the Heavies’ title for a second year, creating a new course record for Weight for Distance of 77’ 5”. He was followed by Patrick Van Antwerpen of the Netherlands in second place, Greg Walker of Fettercairn in third and Alex Lehmbecker of Germany in fourth.

Craig Anderson, Chief Executive at The Scottish Salmon Company, said: “A huge congratulations to all the participants and to the team of volunteers for working hard to put on another successful event that is a highlight for not only the local community, but also those who travel from all over the world.  We are very proud to support the Lochcarron Highland Games and look forward to the event next year.”

Maureen Brown, Chair of the Lochcarron Games Association, said: “We are grateful to receive The Scottish Salmon Company’s generous support, which helped us put on an excellent event with all the funds raised going back into the community.  We really appreciate the invaluable help we get from SSC and their local employees.”

This year the Lochcarron Highland Games Association took over £10,000 at the Gate, enabling them to continue to support a wide variety of local causes such as the Lochcarron Shinty team, Highland Dancers, Sailing Club and the Skiffies.