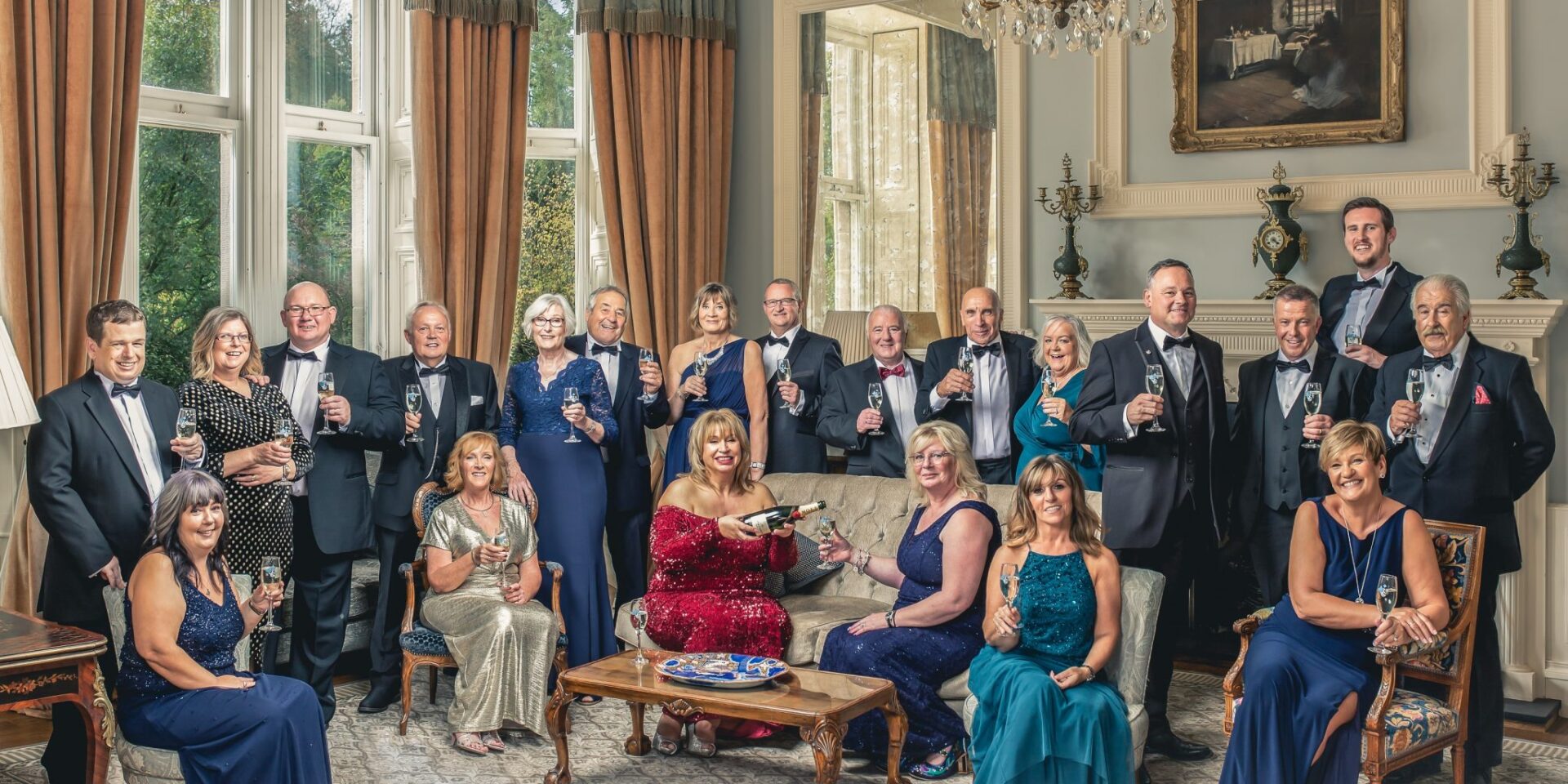 Lottery winners from across Scotland made a glamorous line-up in a Vanity Fair inspired photo-shoot today as they celebrated a quarter century of The National Lottery.  With winnings worth more than £96 million between them, the lucky individuals gathered together to share tips and reveal how their lives have been transformed by their win.

The photograph features some of the biggest winners from the incredible 526 millionaires who have been created in Scotland since The National Lottery began in 1994.

The line-up includes Fred and Lesley Higgins from Aberdeenshire who won £57.9m on EuroMillions in July 2018 and Lotto winners Alison and John Doherty from Renfrewshire and who scooped £14.6 in 2016. Other major winners include Jake Bowman from Dundee who won £10.3m in 2016, David and Donna Hendry from Edinburgh who banked £4m in 2015 and Libby Elliot from Aberdeen who took home £2.1m in 2012. The winners travelled far and wide from all corners of Scotland to take part in the photoshoot, with a whopping £96,997,548 in winnings between them.

This November marks 25 years since the launch of The National Lottery.  Following the first draw on 19 November 1994, The National Lottery has created more than 5,500 UK millionaires and paid out more than £71 billion in prizes.  It’s not just the lives of individuals that have changed, a massive £40 billion has been raised helping support thousands of projects and charities, transforming communities across the UK.

To celebrate 25 years of The National Lottery, a special £25m Birthday Lotto Jackpot is up for grabs and must be won this Saturday 23rd November.

National Lottery Senior Winner’s Advisor Andy Carter, who has himself paid over a billion pounds in prizes to lucky players over the past decade said: “The National Lottery has been making amazing things happen for 25 years.  These are just a tiny fraction of some of the lucky players who have won life changing sums of money over the past 25 years. We have all had the ‘when I win the lottery’ conversation, but these lucky people are now living out their dreams.”

“And we have learnt over the years that our players are a generous lot too. From research we have discovered that 11% of winners have made additional millionaires or multi-millionaires through kind donations to family and friends. In addition, more than 91% tell us that they have donated time or money to charities close to their hearts, meaning the benefit of every big win is reaching far and wide.”

A ‘behind the scenes’ video documenting the fun and excitement of the photoshoot can be viewed here.