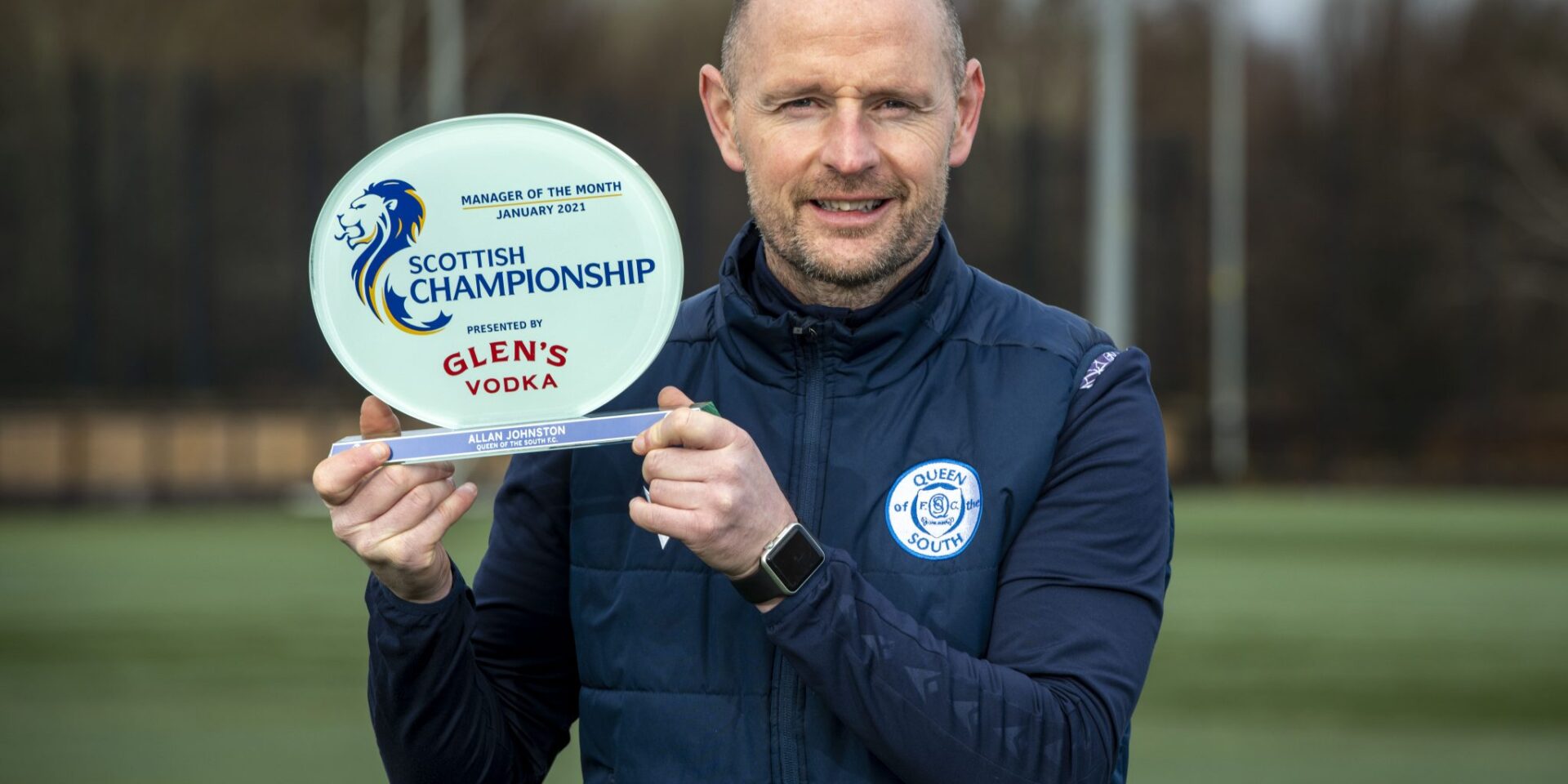 Queen of the South FC’s Allan Johnston has been announced as the Scottish Championship Glen’s Manager of the Month for January 2021.

Johnston led Queens’ on an impressive undefeated run in January that saw league victories over Ayr and Greenock Morton, and a 2-2 draw with Arbroath. The club also eased through the second round of the Scottish Cup with a 3-0 victory over Queen’s Park.

“After an undefeated run for Queens’ in January, including impressive league victories over Ayr and Greenock Morton, Allan Johnstone is a more than worthy winner of the Scottish Championship Glen’s Manager of the Month award. My congratulations to him, his colleagues and his squad on a fantastic start to 2021.”

Allan Johnston, Manager for Queen of the South FC, said:

“It’s always nice to win these awards because it is a recognition that the team is doing well. Although it is my name that is on it, the award is for everyone not just me, it has been a real team effort both on and off the park. So, I have to thank all the other coaches and players, it’s a reward for their hard work.”

“I am also delighted for Connor. He really deserves to win the player of the month; he has been flying recently and his performances week in week out have been outstanding. He has been a real handful and caused all sorts of problems and has been scoring goals too which has been a major factor in us doing so well.”