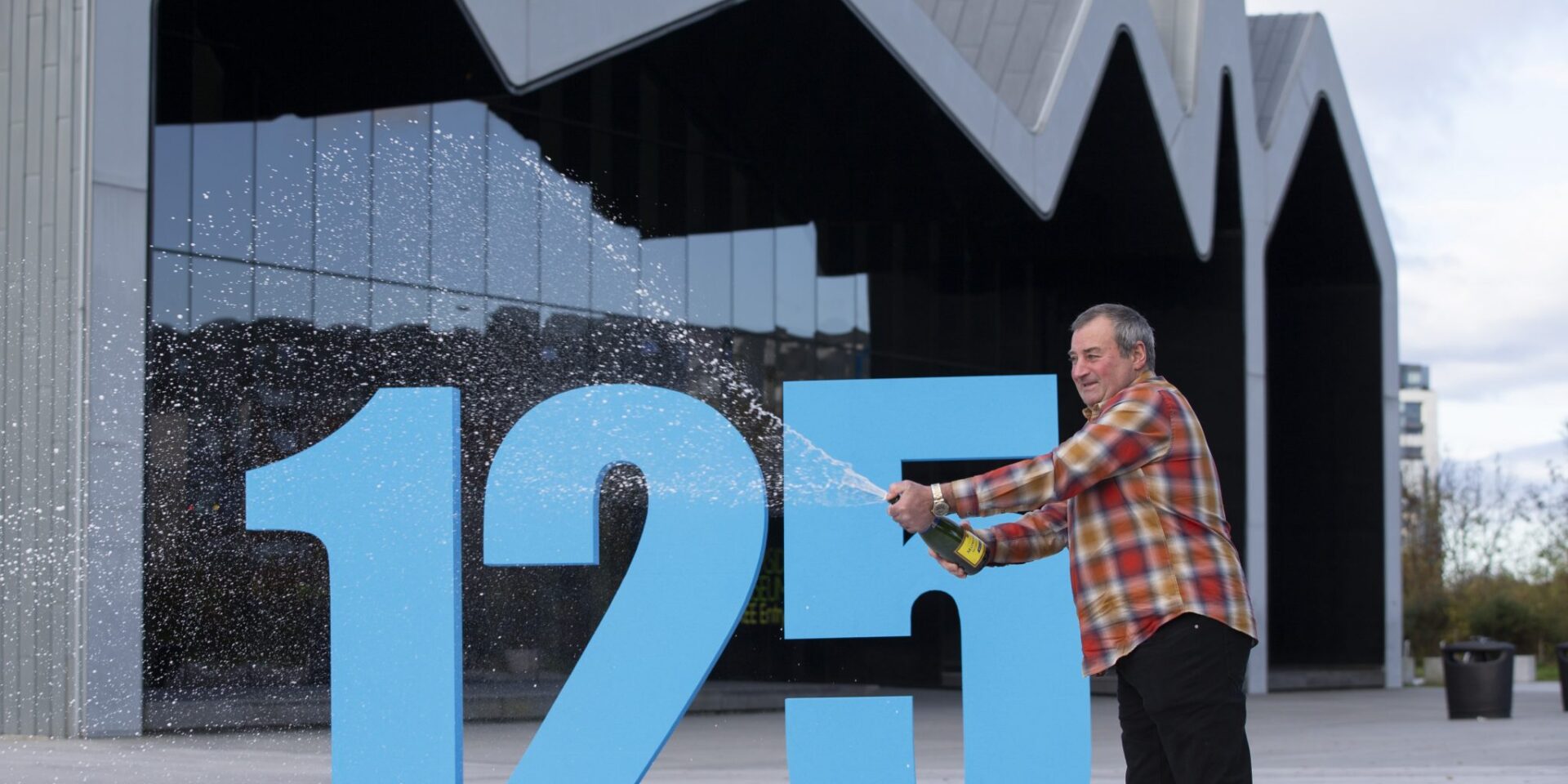 In celebration of The National Lottery’s 25th Birthday, it has been revealed today that 526 millionaires have been created across Scotland since its launch in 1994.

As part of the milestone anniversary, Scotland’s luckiest postcodes have also been unveiled, with Glasgow (G), Edinburgh (EH), Motherwell (ML) and Aberdeen (AB) home to an amazing 310 National Lottery millionaires.

Since The National Lottery launched in 1994, the four postcodes have seen 51% of all 526 Scottish millionaire winners claim their life changing prizes.

Over the last 25 years, The National Lottery has made 5,500 millionaires across the UK and has awarded £71 billion in prize money. Since November 1994, a staggering £40 billion has been raised for Good Causes and currently around £30M is raised every week.

To mark the occasion, winners from across Scotland’s four luckiest postcode areas gathered at some well-known lottery-funded sites to wish The National Lottery a very happy birthday.

In Glasgow, Bill McKenna, who won £1,187,959 in 2012, visited the Riverside Museum by the River Clyde to celebrate the 125 lottery millionaires created in the G postcode.

In Motherwell, five members of 15-strong Winning Nurses Syndicate, who each took home a share of £1,000,000 in 2018, visited Chatelherault Country Park to toast the 53 lottery millionaires created across the ML postcode area.

Andy Carter, Senior Winners’ Advisor at The National Lottery said, “Scotland has enjoyed a lot of lottery luck over the last 25 years and these four postcodes have certainly had their share of life changing wins. It’s fantastic to see that 526 lottery millionaires have been created in Scotland since we launched in 1994.

“Over the last 25 years, The National Lottery has been making amazing things happen. Thanks to our National Lottery players, 565,000 Good Cause grants have been given out to projects big and small, that’s the equivalent of 200 life-changing projects in every UK postcode district making a huge impact on communities all over the country. On top of this, we have celebrated so many lucky winners who have won life-changing sums of money – here’s to another 25 years of making dreams come true.”

National Lottery-funded projects range from the truly epic to the ‘on your doorstep’: Since the funding began in 1994, British athletes have won 864 Olympic and Paralympic medals and National Lottery funded films have won an incredible 400 awards, including 15 Oscars. London’s Tate Modern, The Eden Project in Cornwall and V&A Dundee, Scotland’s first design museum, have all been beneficiaries. Running alongside these major initiatives are the thousands of grants - usually for £10,000 or less - which help small projects to make an amazing difference in their community.