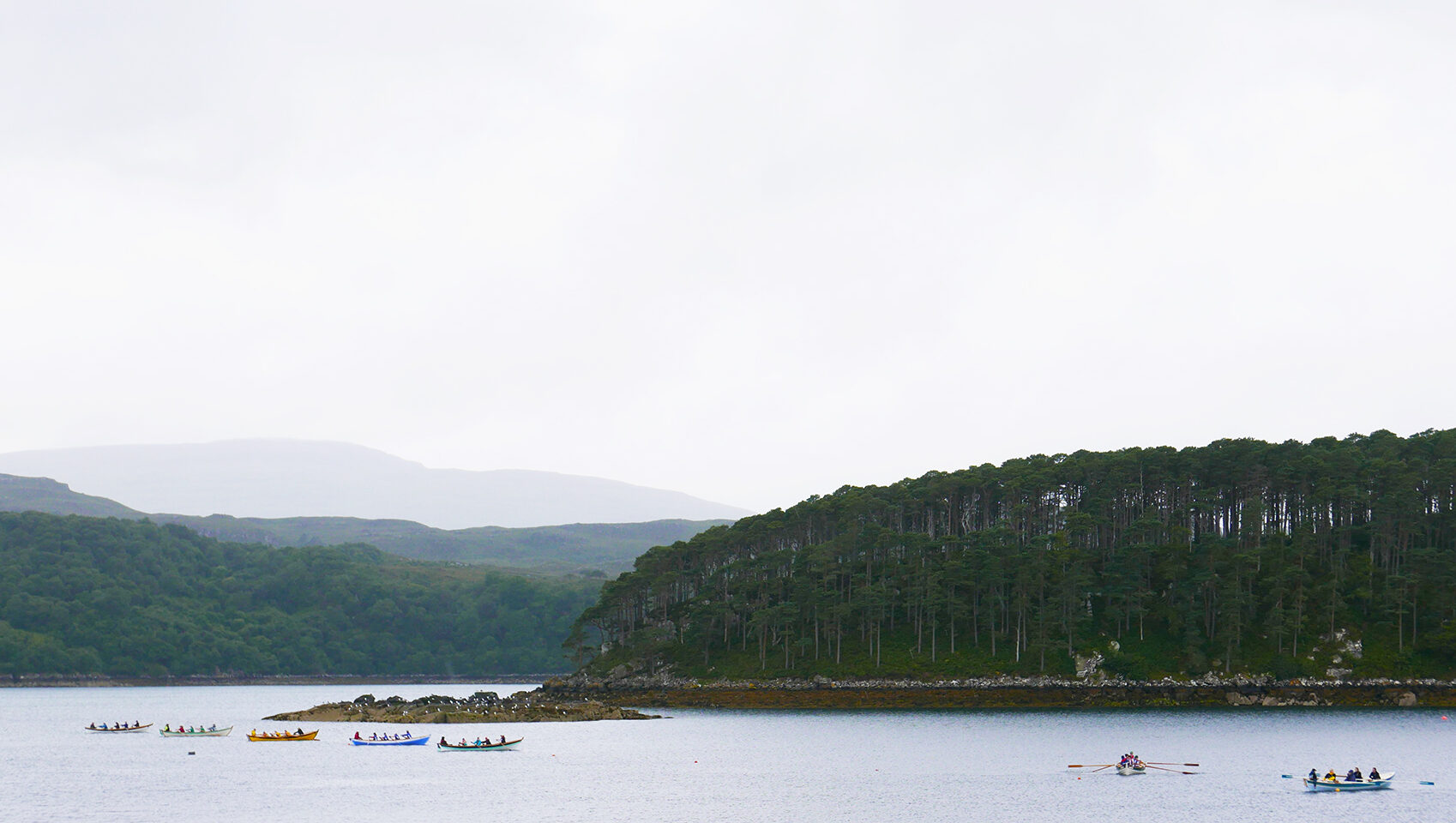 As excitement builds ahead of the Shieldaig Fete and Rowing Regatta, The Scottish Salmon Company (SSC) has announced that it is to sponsor the event for the fifth consecutive year.

The Regatta takes place this Saturday (10 August) and is part of the annual Shieldaig Fete Day, which raises money for village projects that support the local community. The fun filled day has become a highlight in the local calendar and includes live music, Scottish cuisine and culminates in the famous open-air ceilidh on the shore.

Since the skiff regatta began in 2015 following an increase in popularity for skiff rowing in Scotland’s coastal communities, the Regatta has gone from strength-to-strength. This year, a high tide has led to an increase in the number of boats taking part in the competition, with 12 clubs travelling to Shieldaig to compete, including:

Coastal Rowing is a major part of the annual Fete, with clubs across Scotland travelling to Shieldaig to compete on the 2km race course, which circumnavigates the Island. This year the event is comprised of six races – Open Men’s, Women’s and Mixed, then the same categories where the total age of rowers competing must be 230 years or over. The overall winner, decided by cumulative points, will receive the Liz Pritchard Memorial Trophy and a side of smoked salmon, provided by SSC.

Craig Anderson, Chief Executive of The Scottish Salmon Company, said: “We are proud to have sponsored the Shieldaig Regatta since its revival in 2015.

“The hard work involved in the organisation and running of the event is recognised by the ongoing success of the competition which continues to grow year on year. We wish everyone involved the best of luck.”

Lisa O’Brien, Chair of the Shieldaig and Loch Torridon Coastal Rowing Club, added: “We are all looking forward to Saturday’s event where we will welcome other rowing teams to our yearly competition. We are particularly looking forward to welcoming the new clubs to the Regatta.

“Our rowing team has been committed to regular training sessions in preparation for the event as the competition continues to grow each year. We are looking forward to putting our hard work and dedication into practice. Good luck to all the teams!”