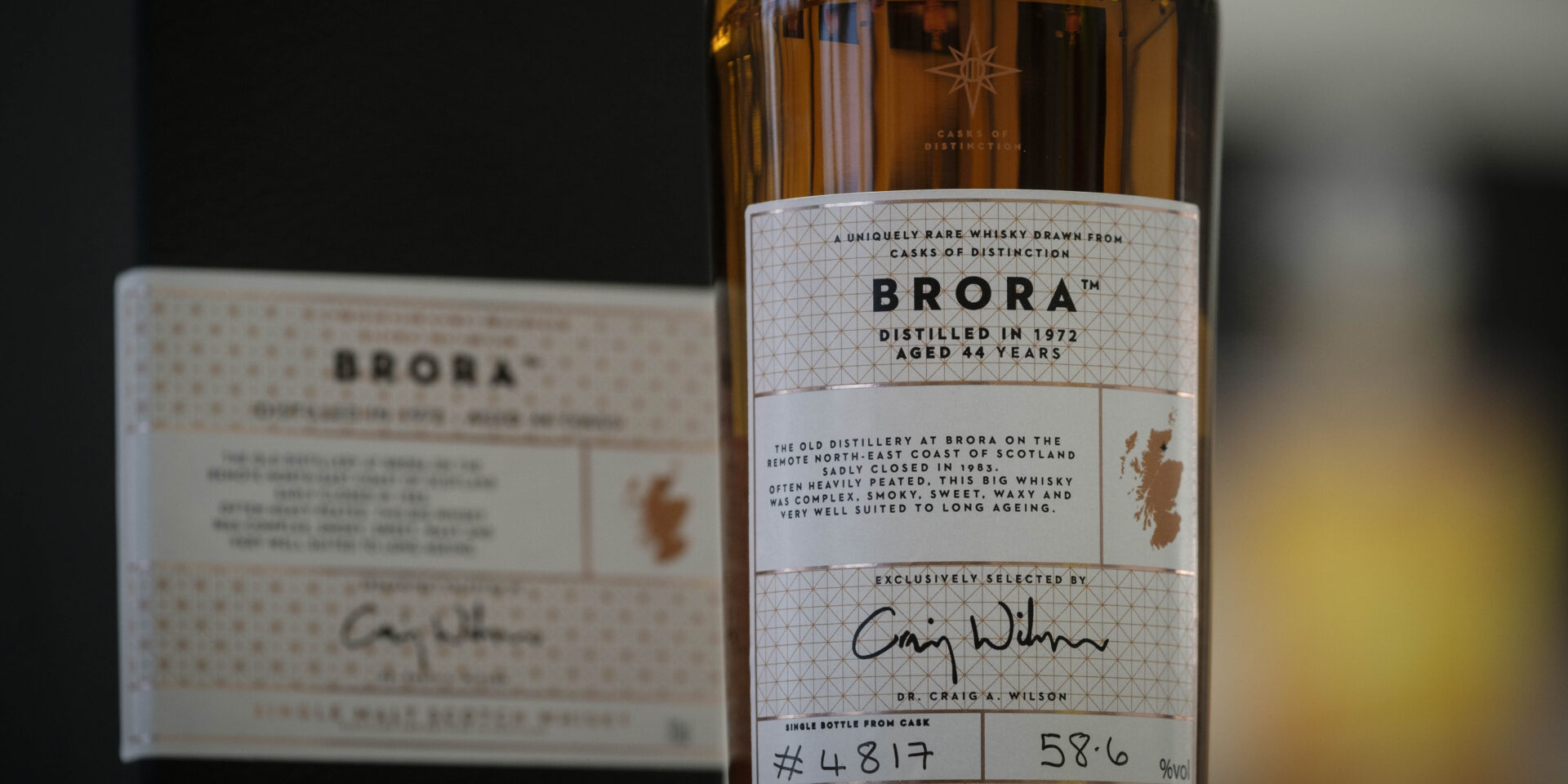 The oldest official bottle of Brora whisky, distilled in 1972, has been sold at auction by Bonhams in Hong Kong today (19 May 2017).

The exceptionally rare single bottle, which has spent 44 years ageing in an ex-sherry butt in Scotland, was purchased by an unnamed buyer for £14,534.

As the only bottle to have been drawn from the cask, it offers its new owner a taste of true rarity.

Richard Walker, Global Head of Malts at Diageo, said: “The 1972 Brora is an exquisite single malt with unparalleled history and heritage. It represents the pinnacle of Diageo’s single malt Scotch whisky reserves and appeals to epicureans, collectors and investors alike.

“Over the last few years we’ve seen a rapid growth of interest in rare and collectable whiskies. High-end whisky collection is undoubtedly a growing trend and as such we’ve seen an increase in the auction market for this kind of rare bottling.

“With connoisseurs all over the world aspiring to have a 1972 Brora on their shelves, we decided to give whisky lovers a rare opportunity to bid for this one-off bottle. The fact that it has been sold for over the estimated price speaks volumes about its allure.”

Filled at very high strength, the 44-year-old Brora expression is a rare survivor from a golden age after the Brora Distillery closed in 1983, never to reopen. It is described as “a massive, brooding and drying old Brora that is seemingly made of smoke, oak, pepper, dark fruit all encrusted in sea-salt then wrapped in seaweed and oilskins”.

Martin Green, Bonhams Whisky Specialist in Edinburgh, added: “This was a very special bottle of whisky – a true one off - and I am not surprised that it was contested so fiercely nor that it sold for such an impressive price.”

The 1972 Brora bottle was taken from a single cask that is a part of Diageo’s ‘Casks of Distinction’. As part of this programme, Diageo gives selected private clients the chance to purchase single casks that have extraordinary quality and character. As each cask is entirely unique, patrons become the sole owners of some of the rarest whiskies ever to be released from Diageo’s extensive collection.