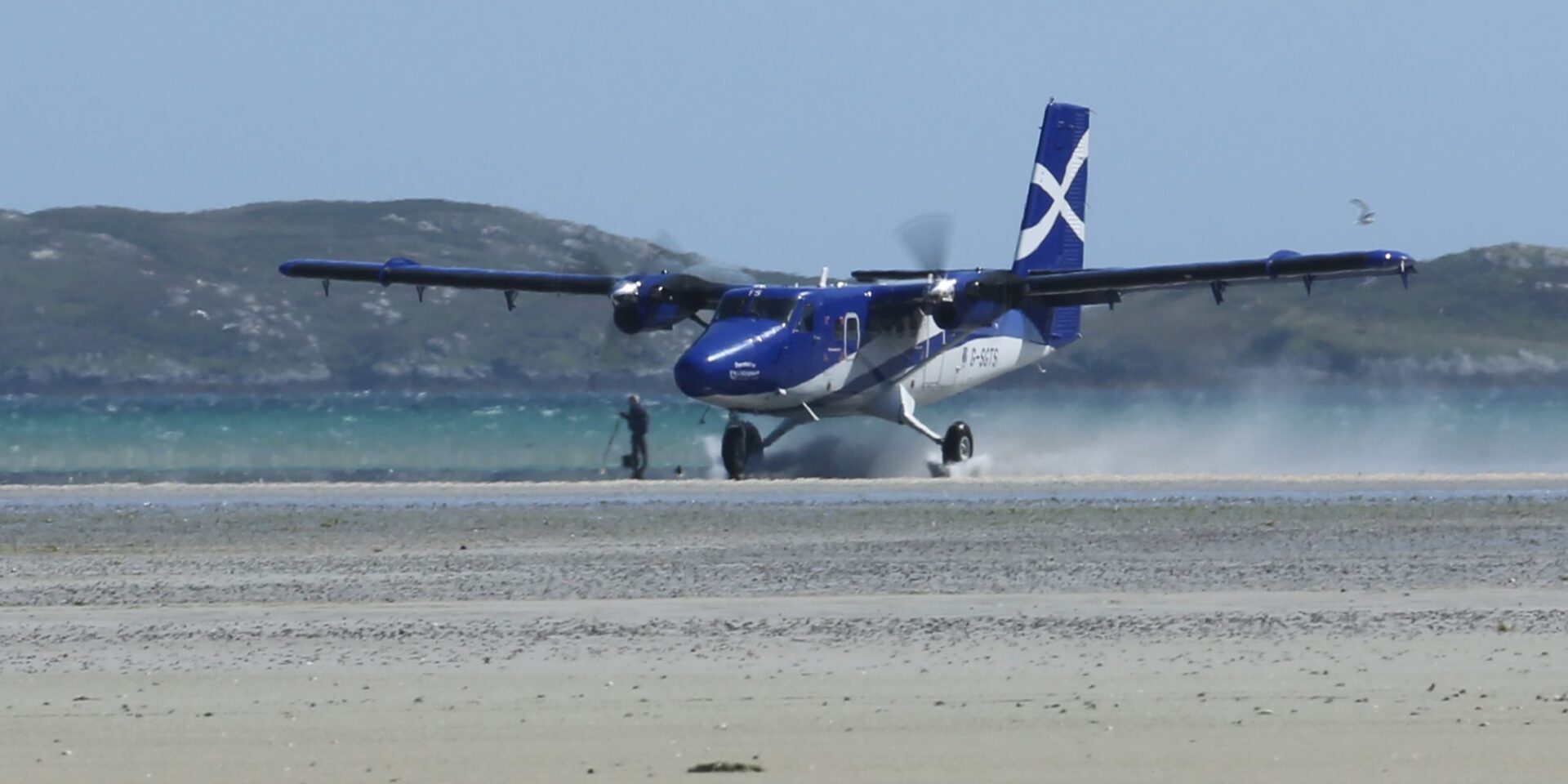 Highlights include a 20% increase at Tiree Airport, a 19% rise in passengers at Barra, and an 11% growth in numbers at both Islay and Kirkwall.

Sumburgh Airport welcomed 117,038 passengers during the period – 14.7% more than in 2016 - to suggest further evidence of growth in the oil and gas sector and an increase in offshore traffic using the recently refurbished airport.  Compared to the same quarter last year, the numbers were up by 14,970 passengers.

The figures at Inverness Airport reached 268,468 for the quarter (up by nearly 9%), illustrating the airport’s popularity and increasingly important role as a driver for the Highland region and economy.  Compared to the figures for the same period in 2016, 21,703 more passengers used the airport, thanks to increased numbers on the Heathrow, Amsterdam, Gatwick and Manchester routes.

Inverness Airport is on target to deliver record inbound passenger figures estimated to be worth millions to the Highland and Islands economy.

Strong visitor demand on flights from Glasgow to Tiree, Barra, Benbecula, and Stornoway saw increases in passenger numbers at these airports, with increased passengers over the summer holiday period in particular.

HIAL Managing Director Inglis Lyon said: “We are pleased to report that the overall passenger numbers continue to rise, illustrating the strong demand for ever greater connectivity to and from the Highlands and Islands.

“The figures are robust and if our airports are witnessing sustained growth in passenger numbers that is almost certainly having a positive effect on the communities across the Highlands and Islands.

“The role of regional airports is to support and enhance the local economy and there is now substantial evidence that enhanced air connectivity, whether for passengers or freight, has a major impact on trade and the opportunities for local businesses.   Increased passengers’ means more tourism and business spend which in itself can support jobs.

“Our commitment is to continue to invest in our airports, and develop our passenger experience to help ensure we all benefit from these levels of growth.”

SCDI Regional Director, Fraser Grieve, said the new figures were significant for the Highland region: “Continued growth through Inverness Airport shows the impact that their improved connections and increased routes are having on the Highlands, with many hotels and visitor attractions reporting bumper trade.

“Businesses are finding it easier to access new and existing customers through the airport and I hope that with these positive numbers we’ll see the continued sustainability growth of passengers.”

Passenger numbers were down 9,813 at Dundee as a result of the withdrawal of the Flybe Amsterdam service by the operator in December 2016.   Figures also decreased at Wick John O’Groats by 1,114, due in part to reduced demand from energy sector services to-and-from Aberdeen and offshore platforms.