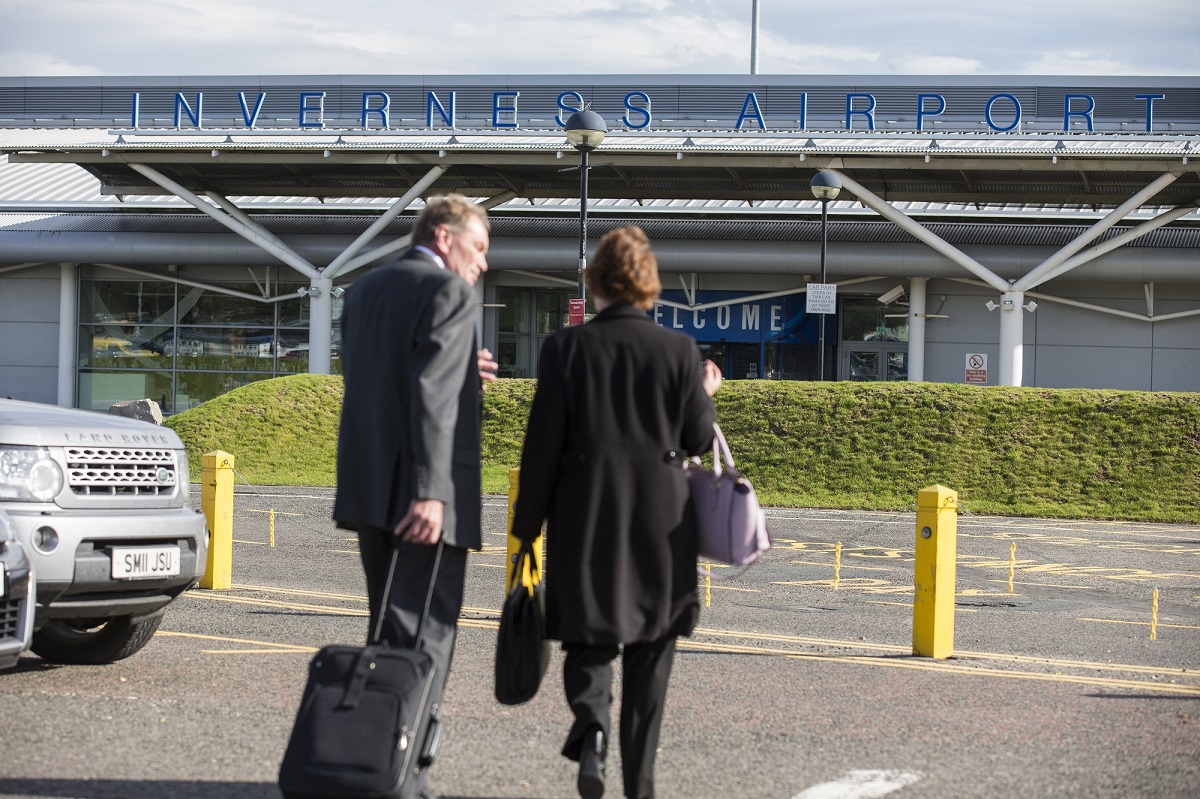 The airport, has reported “outstanding” performances on its international services (on direct routes to Amsterdam Schiphol and Dublin) with numbers up 64% in the period April to July. Inverness recorded the highest monthly passenger figures at the airport since it opened in 1940 as RAF Dalcross - more than 93,000 people using the terminal.

Owner, Highland and Islands Airports Limited (HIAL), is also investing heavily in improvements in Inverness and HIAL Managing Director, Inglis Lyon, feels the airport is now laying claim to being one of the fastest growing airports in Scotland.

Scottish Government Minister for Transport and the Islands, Humza Yousaf, welcomed the latest figures at Inverness: “These are very encouraging figures and further proof that Inverness Airport is continuing to go from strength to strength.

“The launch of additional services to Amsterdam and London is really paying dividends, and this improved connectivity is supporting both our tourism sector and Scottish businesses looking for better access to global markets.

“There is no doubt Inverness Airport plays an important role for the local and national economies and I congratulate everyone involved for their efforts. We look forward to working with HIAL to build on this success, with new routes and more capacity on existing routes.”

HIAL’s close working relationships with its airline partners is central to the success at Inverness. Additional routes to both London and Amsterdam, plus increased numbers of flights to UK regional airports and other European destinations have helped to increase traffic through the airport.

This is further augmented by the international visitors who connect via the airport’s regular Heathrow, Schiphol and Manchester flights.

Mr Lyon said the thousands of extra visitors passing through the airport were delivering a significant boost to the Highland economy: “Inverness is now better connected than it has even been and this can only be good for the Highlands and Islands economy and Scotland as a whole.  Our international connections to two of the world’s great hub airports in Amsterdam and London make it easier than ever for people to travel to and from the region.

“The team in Inverness have a focus on improving the passenger time from arriving at the airport to boarding the flight – making it easier, faster and simpler to fly and that remains a key and unique selling point for the local market.

"Scotland has world-class tourism destinations and many of these can be readily accessed via Inverness – we have some of the country’s best golf courses on our doorstep and the outstanding global reputation of the new North Coast 500 route means people can fly in and begin and end their journey from the Highland capital.

“Given the 23.5% increase in passenger numbers in the last financial year – up to 829,018 during 2016/17 – there can be few other airport facilities in this country growing at that rate and the team at Inverness are to be commended for that achievement.”

HIAL has invested £1.85 million in the last two years in passenger facilities at Inverness, including new catering outlets and additional car parking spaces. Future investment is essential to continue to improve the passenger experience.

Mr Lyon, added: “Right now, the 2017/18 figures are on track to deliver 237,000 inbound business and leisure passengers to Inverness, which is worth a conservative £75million* per annum, based on acknowledged visitor spend figures.

“Like other parts of Britain, the Highlands is benefiting from increased visitor numbers as the value of the pound has dropped, making the UK a more attractive holiday destination.

“Inverness is also a viable departure airport for Scottish passengers looking to travel abroad, where once Highlanders would have had to book flights from other Scottish airports, they can now start their journey from the Highland capital, which is increasingly convenient for long haul travel.

“The role of smaller regional airports is having an increasingly important impact on the economies of the areas they support and there is now substantial evidence that enhanced air connectivity, whether for passengers or freight, has a major impact on trade and the opportunities for local businesses.

“Local and regional economies that are well connected by air, operate more productively, have better market access and are more likely to attract inward investment and welcome more overseas tourists.   Inverness is a strong example of this and it is clear the figures we are witnessing at the moment are a real testament to the vision the HIAL Board has for the future.”

Other operational highlights include summer double daily flights by Dutch carrier KLM between Inverness and Amsterdam Schiphol.  British Airways numbers are continuing to grow through the summer.

SCDI Regional Director, Fraser Grieve, said the new figures were significant for the region: “Continued growth through Inverness Airport shows the impact that their improved connections and increased routes are having on the Highlands, with many hotels and visitor attractions reporting bumper trade.

“Businesses are finding it easier to access new and existing customers through the airport and I hope that with these positive numbers we’ll see the continued sustainability growth of passengers.

Triple daily flights to and from London Gatwick and Manchester are proving to be very popular with inbound travellers and enabling more choice for the important day return, Highland-based business market.

For business too, improved air-links make it easier to reach potential clients in important markets elsewhere in the UK and beyondLiam Christie, President of the Inverness Chamber of Commerce, added: Following the recent set of results being released from HIAL, it is really encouraging to see the increase in travellers utilising the City of Inverness as a travel hub to their destination both in and out of the Highlands

“With the event of the North Coast 500, our amazing golf offering and the demand for beds in and out of the City, it is clear the area is thriving in terms of Tourism and Leisure.

“We must continue to offer the best of the Highlands, invest in our hospitality and leisure development plans to maintain these numbers and indeed build further in order to future proof the Highlands as a destination of choice throughout the UK, Europe and Globally."