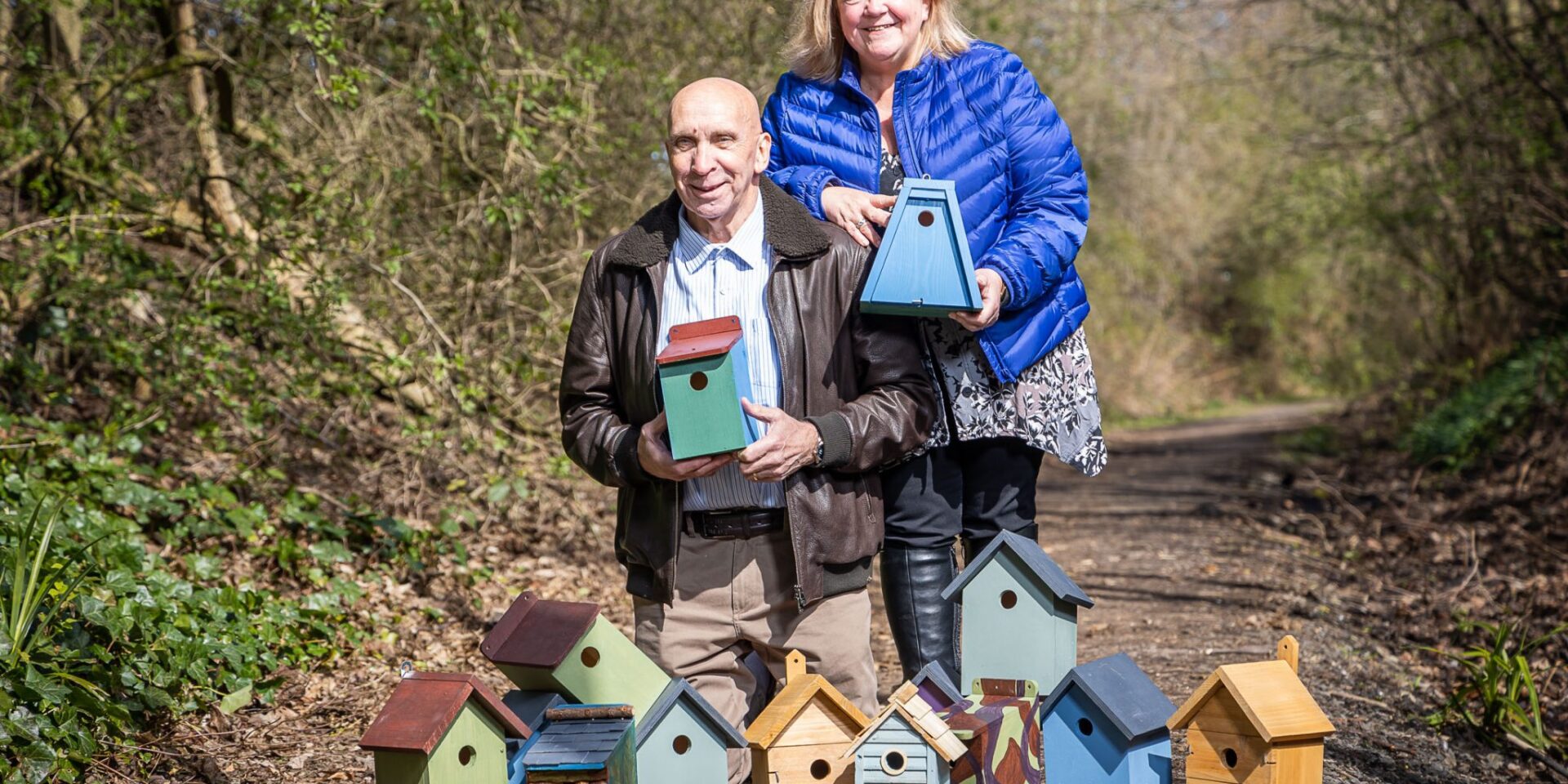 A team of handy National Lottery winners from across Scotland have joined forces to help Dundee’s wild birds by donating 25 nest boxes handcrafted during the winter lockdown months.

Local winners Fred and Lesley Higgins, who won over £57M on EuroMillions in 2018, delivered the nest boxes to The Miley Wildlife Reserve in the city, where they will be installed by the Scottish Wildlife Trust and at further locations around Scotland. A further box with a built-in camera was delivered to Kingspark Primary School, where pupils will use it to keep an eye on nesting birds throughout the spring.

The Miley is part of a disused railway within walking distance of Dundee city centre. Once dilapidated and impassable, the reserve’s hedgerows, trees and grassland provide a haven for urban wildlife. Staff and volunteers at the Scottish Wildlife Trust, who created and continue to manage the wildlife reserve, hope the new boxes will quickly attract nesting songbirds.

Lesley Higgins said, “Fred and I are huge wildlife fans, so it was brilliant to be involved in building these nesting boxes. Making these boxes has been a welcome escape from the long lockdown months and knowing they’re going to a worthy cause has made creating them even more special.”

Fellow winners Jim and Pam Forbes from Tayport, who won £656k on EuroMillions in 2017, also visited The Miley to see the boxes installed. Jim said, “Pam and I really enjoyed taking part in ‘Operation Nestbox’, as we nicknamed it. It was great for us to have something to focus on throughout lockdown, and knowing that our endeavours will benefit birds is even better.”

Chair of the Scottish Wildlife Trust’s Angus and Dundee group, Jim Cook, said, “While the birds nesting in these boxes will be unaware they were built by a multimillionaire taskforce, we hope Dundee residents will visit The Miley to take a look.

“We’re so thankful to the winners for their hard work and to the long running support from The National Lottery for the Scottish Wildlife Trust. Since its launch in 1994, more than £12.5M in National Lottery funding has helped the Trust to deliver projects to protect threatened wildlife and support nature’s recovery.”

Nest box building is the latest volunteering project National Lottery winners have been involved with. Since the start of the pandemic, winners have pooled their resources to create fresh vegetable planter boxes for schools and NHS workers, as well as knitting twiddlemuffs for people with dementia, making small garments for premature babies and creating Christmas angels for local charities.