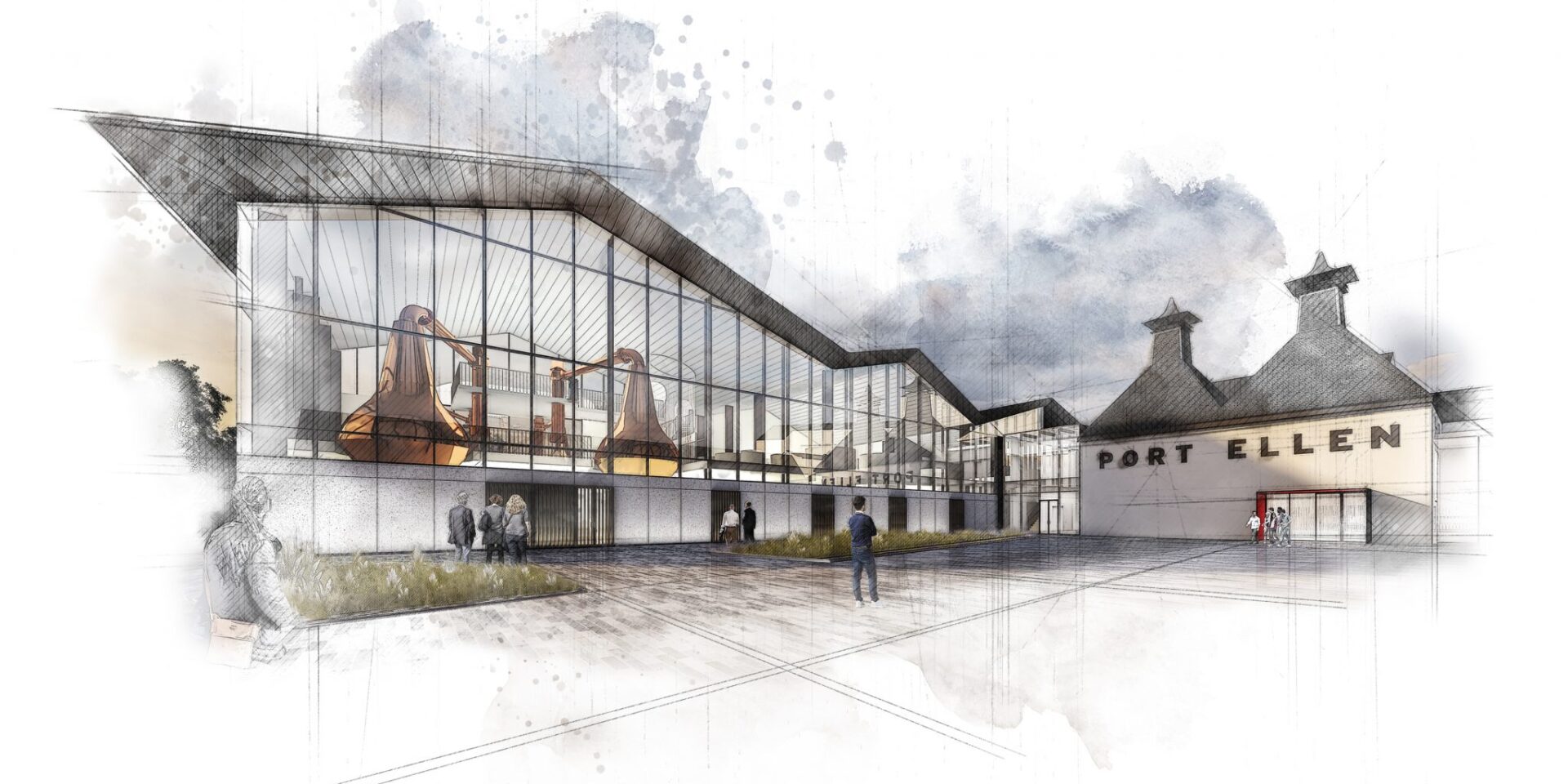 Plans to bring the iconic Port Ellen Distillery on Islay back to life in a unique celebration of distilling heritage and innovation have been formally submitted to local authorities.

The detailed Planning Application setting out proposals that will see the famous ‘silent distillery’ reopened more than 35 years after it was closed have been filed with Argyll & Bute Council, following community engagement and pre-application consultation with key stakeholders.

Subject to planning approval, Port Ellen will be brought back into production in a combination of modern and heritage buildings housing both traditional and innovative approaches to distilling under one roof.

This will be achieved through two pairs of copper pot stills and two separate distillation regimes. The primary distillation regime, using two stills that exactly replicate the original Port Ellen copper pot stills, will carefully recreate the original spirit character of the distillery that made its single malt Scotch Whisky amongst the most sought-after in the world.

Alongside this will be a second, smaller pair of stills that will produce alternative spirit characters, allowing the Port Ellen whisky makers the freedom to experiment with new whisky styles.

The experimental stills pay homage to John Ramsay, who owned Port Ellen in its formative years and who made it one of the most innovative distilleries of the 19th century, pioneering many of the techniques and equipment that would become mainstays of the Scotch whisky industry.

The buildings at the Port Ellen distillery have gone through many changes since it first opened in 1824, with the distillery closing and largely being demolished in the 1930s, before being rebuilt in the 1960s. 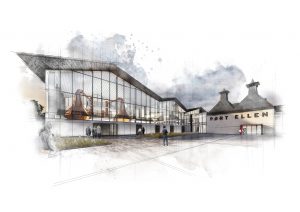 Following its most recent closure in 1983 very few of the original buildings remain.  The original kiln building with its classic pagoda roofs and the traditional sea-front warehouses will be restored as integral parts of the revived distillery, with a beautiful new stillhouse created to house distillation.

Georgie Crawford, the master distiller leading the Port Ellen project, said: “This is another hugely significant milestone on our journey to bring Port Ellen Distillery back to life. This is no ordinary distillery project, we are bringing a true whisky legend back to life and we believe our plans do justice to the iconic status of Port Ellen and will capture the imagination of whisky fans from all over the world.”

In October 2017 Diageo announced a £35 million investment programme to bring back Port Ellen on Islay and Brora distillery in Sutherland, both of which closed in 1983.

Since then the company has embarked on an additional £150 million investment programme in Scotch whisky tourism – the biggest ever seen in the sector – which will create a global flagship visitor experience for Johnnie Walker scotch whisky in Edinburgh as well as investing in the company’s existing 12 distillery visitor centres, including Caol Ila on Islay.