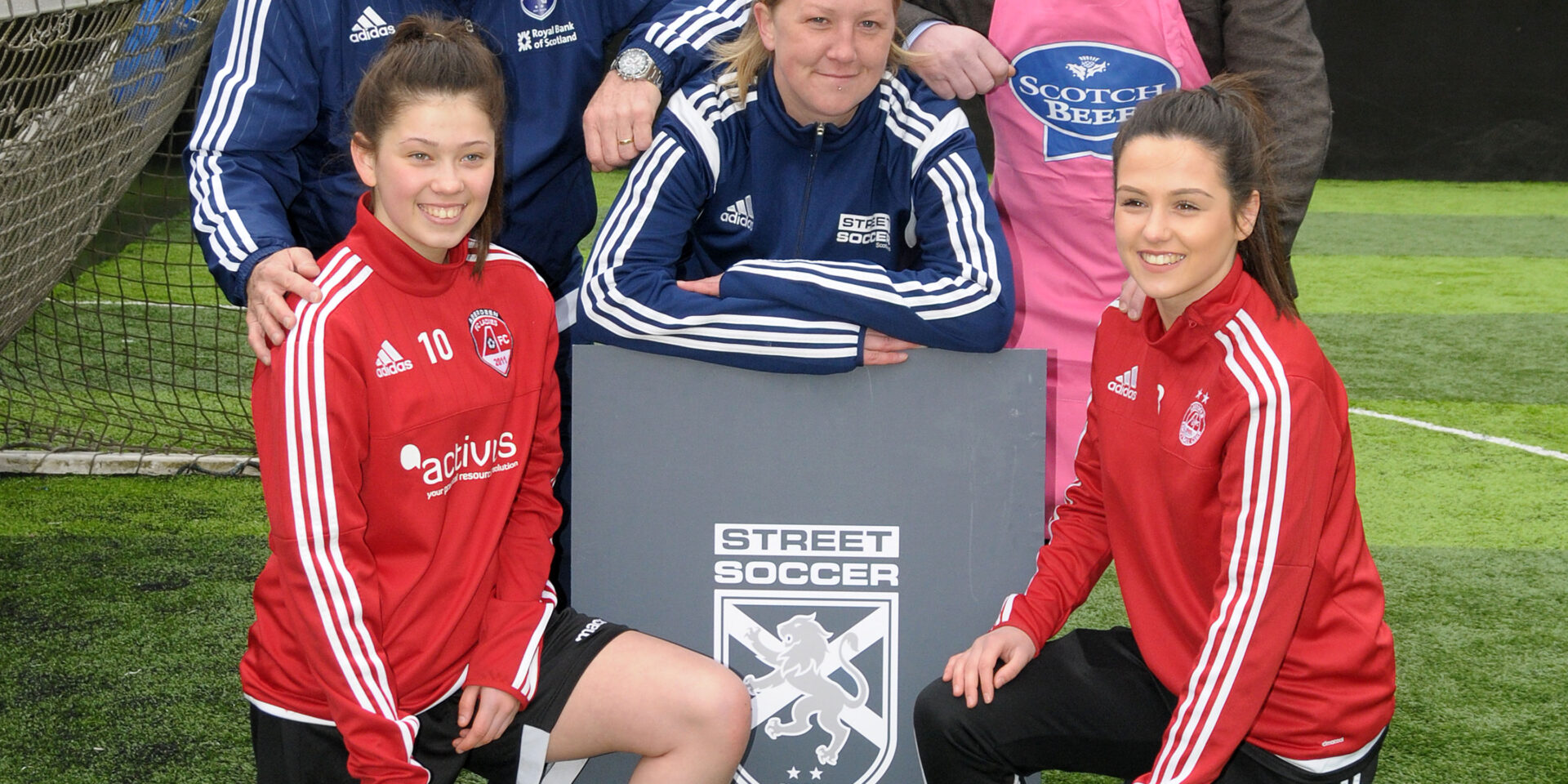 Scotch Beef PGI is among the official supporters of Team Scotland at this year’s international event being held from the 10th of July to the 16th of July in Glasgow’s George Square.

The other key sponsors are Royal Bank of Scotland, Edinburgh Airport, and Burness Paull which, along with Scotch Beef PGI, are also supporters of social enterprise Street Soccer Scotland.

The Homeless World Cup will see over 500 players from across the world congregate to give players from homeless and socially disadvantaged backgrounds the chance to represent their country on a world stage.

Today’s Aberdeen event was one of a series of events around the country in the quest to find the top male and female players to be considered for the Team Scotland squad for the Homeless World Cup.

“I'm delighted to be here today supporting Street Soccer Scotland in their quest to find the next Team Scotland players,” said Mr Davidson, whose business is a member of Quality Meat Scotland’s Scotch Butchers Club.

Barry Robson and Street Soccer Scotland Chief Executive David Duke chatted with the players and wished them good luck ahead of the tournament.

Carol McLaren, Head of Communications with Quality Meat Scotland, which promotes Scotch Beef PGI, said: “Having worked closely with Street Soccer Scotland for many years, QMS is delighted to be supporting the Scotland team in the Homeless World Cup.

“This project is one of a broad range of health and education work QMS undertakes, including many sports-related activities, to highlight the importance of a healthy diet and lifestyle and red meat’s key role in that.”