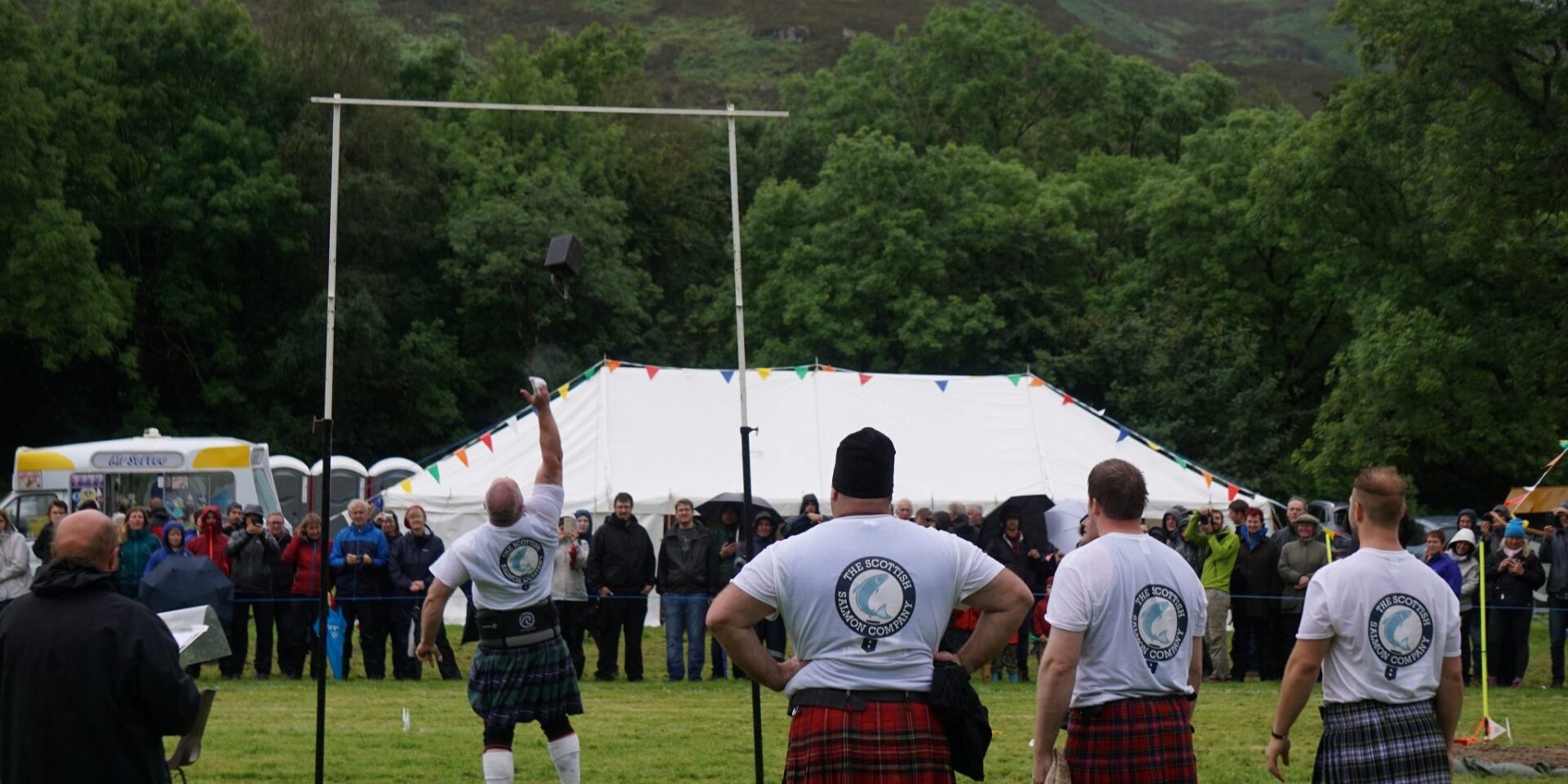 With support of headline sponsors The Scottish Salmon Company (SSC), The Games, which took place at Attadale Estate in Wester Ross, were a great success with locals and visitors revelling in the displays of some of Scotland’s finest traditions.

The Lochcarron Highland Games celebrated Scottish dancing, traditional sports, music and food, with visitors also getting the chance to sample some of SSC’s finest sea loch fresh Scottish Salmon in the Food Tent along with other Scottish delicacies. Attendees came from around the world, travelling from the likes of France, Germany, the USA, Sweden, Denmark and the Netherlands, and were treated to shows by local groups including the Lochcarron Highland Dancers, The Lochalsh Junior Pipeband and the Ullapool & District Pipeband.

The flagship ‘Heavy Events’ were popular with spectators, with participants displaying their impressive abilities clad in kilts and t-shirts provided by SSC. Jason Young, from Inver, dominated the Heavy Events, winning seven out of eight events, including the British Championship 56lb Weight Over the Bar competition. Other highlights of the day included: Tony Daffurn from Wishaw placing first in the 100m and 200m sprints, the Long Jump and the Triple Jump; Finlay Murray from Tain won the 400m, the British Championship 800m and the 1600m. The Standing Long Jump was won by Andrew MacGillivray, Calrossie, and Cody Wells triumphed in the Hill Race.

With over 60 sites around the West Coast of Scotland and including Lochcarron, sponsorship of the Highland Games was an opportunity for the SSC to celebrate and support this tradition with the local community, getting into the spirit of the ‘Friendly Games’, as they’re also known.

Craig Anderson, Chief Executive at The Scottish Salmon Company, said: “Organisers have worked hard to put on another successful event for competitors and visitors alike. Congratulations to all of those who participated and we hope everyone who came along enjoyed the warm hospitality and great entertainment. We are proud to support the Lochcarron Highland Games and look forward to the event next year.”

Maureen Brown, Chair of the Lochcarron Games Association, said: “Thank you to The Scottish Salmon Company for its invaluable support. The Lochcarron Highland Games are an important part of our local community and it is tremendous to have sponsors who value the tradition of the Games.”