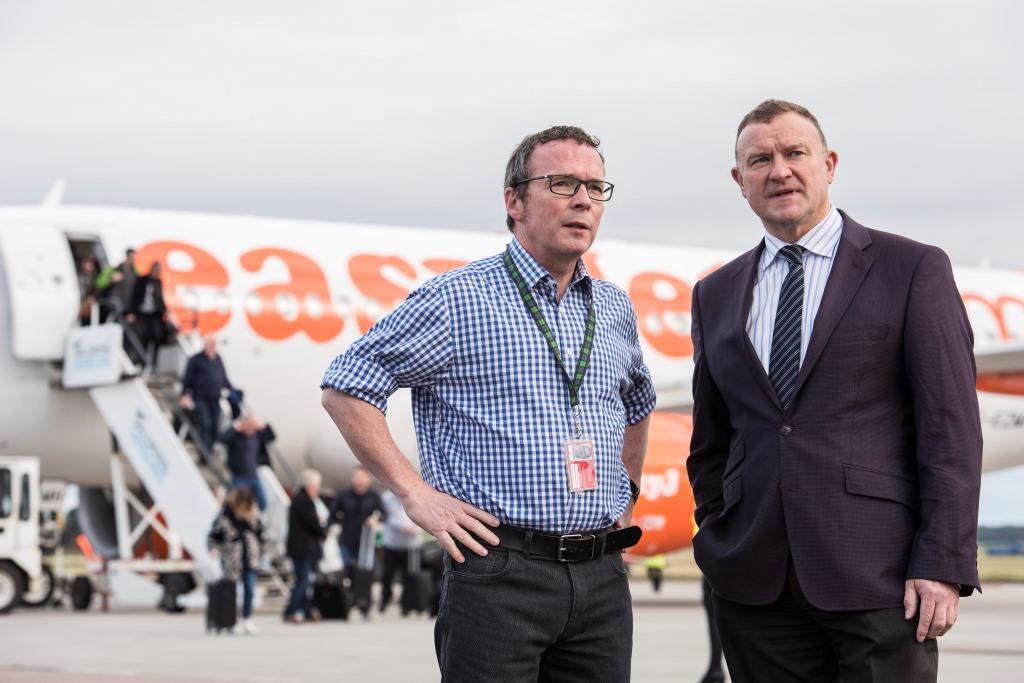 They have called on members of the DfT task force to see for themselves the crucial role HIAL’s airports have in sustaining and growing the Highland communities and their economies.

The DfT has begun plans to develop a new UK Aviation Strategy to help shape the future of the aviation industry to 2050 and beyond. HIAL worked with HITRANS Regional Transport Partnership and Highlands and Islands Enterprise to deliver a joint submission to the DfT’s UK Aviation Strategy Review earlier this month [October 13].

The national strategy also aims to review the challenges facing the aviation sector as the UK Government sets out its long-term direction for aviation policy.

Mr Lyon said: “We are issuing an open invitation to the UK Government advisors to visit us to obtain a much better understanding of the region, our businesses and our communities.

“We wish to see a strategy that maximises benefit to the good of all regions. This should ensure enhanced and protected links from Inverness to the UK’s main hub, London Heathrow, both over the short term and particularly when it is expanded.”

Mr Hendry said: “Regional Airports are not only an important economic driver in our region, they also play a key role in tackling social exclusion, especially in the more remote parts of the Highlands and Islands.

“We believe the DfT team would benefit from getting a better understanding of air connectivity in the region and the risks associated with the economic fragility of services. I very much hope that they take us up on this offer.”

HIAL has reported another summer of increased passenger numbers at its 11 airports across Scotland, welcoming a total of 1,000,088 customers between April and September 2017.

It believes the key issue for North Scotland is to seek action from the UK Government to address the connectivity needs of this region to support sustainable economic growth.

Securing and ring-fencing slots into an expanded Heathrow for the most peripheral UK regions, particularly those areas that have slow or limiting transport alternatives to access a full range of international connections, is the overriding priority for HIAL, specifically Inverness Airport.

Mr Lyon said: “We believe there is a strong case for Inverness (as the key centre for the Highlands and Islands) to be prioritised for access to the UK’s main hub at Heathrow Airport when it expands.”

Inverness Airport is currently witnessing the longest sustained period of growth in its 77-year history and in July 2017, recorded the highest monthly passenger figures at the airport since it opened – with more than 93,000 people using the terminal.

Mr Lyon said: “The air services which HIAL attracts and maintains at its airports support local communities to be more competitive and give access to, and delivery of, services world-wide.”

“The North of Scotland has a relatively small population, remote by road or rail from the rest of the UK and from ‘core’ European markets. Nonetheless it has a number of high value sectors that are very international and export orientated and has outstanding potential to increase inbound tourism.”

Mr Hendry said: “We only have to look at the success of the new Schiphol and Heathrow flights to see the positive impact improved air connectivity brings to a region.

“Our businesses and communities are well and truly connected to the world, and in order to ensure this is access sustained and enhanced, the UK aviation strategy must have focused support for the regions.

“The priority should be to support a wider agenda for an aviation system that will facilitate business, inward investment, tourism and support economic and social inclusion.”

Transport Secretary Chris Grayling has previously reinforced the importance of aviation in a post-Brexit environment, stating that it remains central to the Government’s plans for the UK.

Mr Lyon said: “UK and international carriers are already having to plan around a situation that is by no means certain and we must ensure these issues are urgently addressed.

“Aviation strategy must remain front and centre with DfT and Government in general if we are not to be placed at a significant disadvantage post 2019. Therefore, we urge the strategy to be in place prior to that date.”