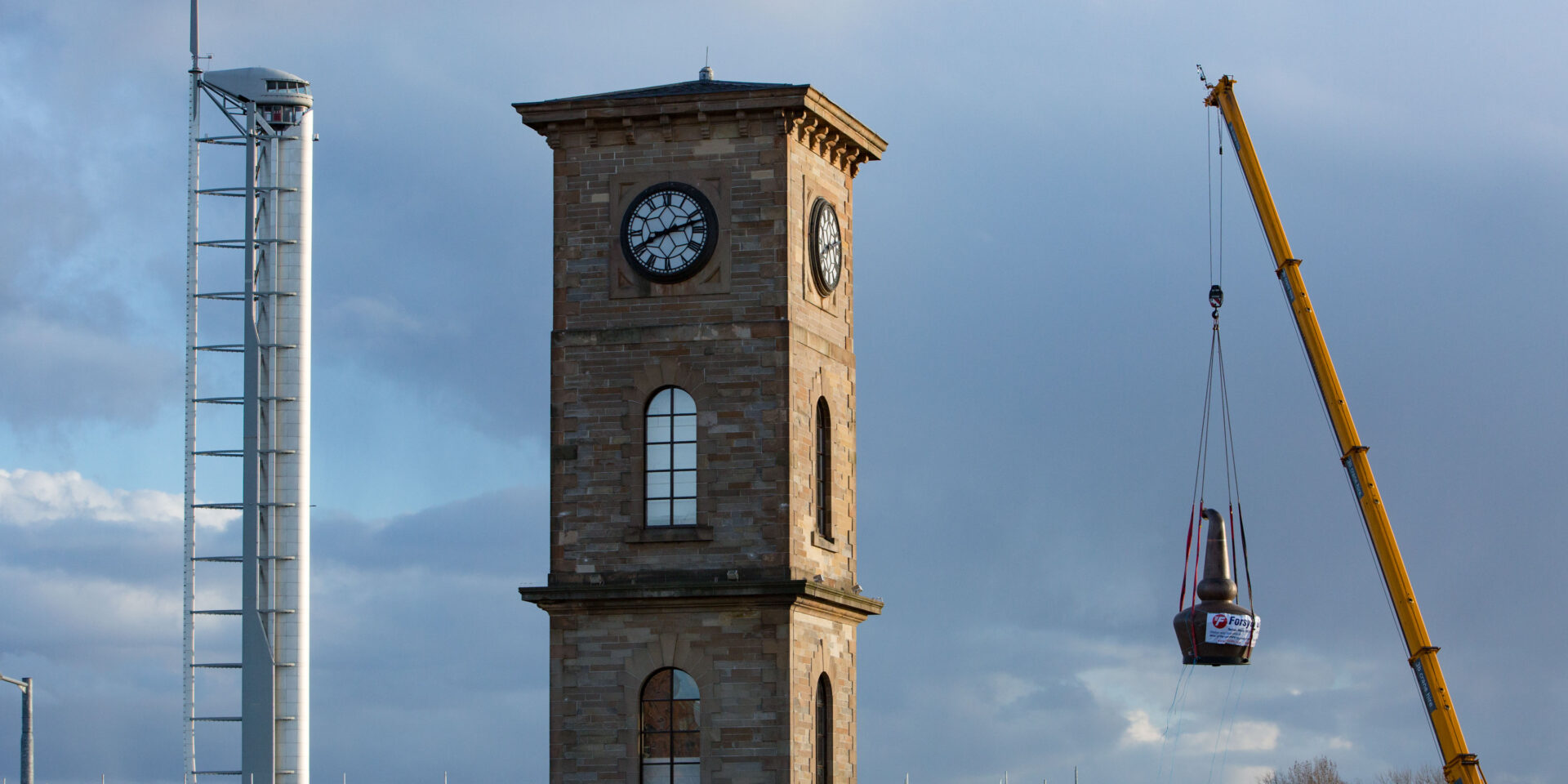 The two copper stills, each weighing around two tonnes, were manufactured by Forsyth Group of Moray. The first spirit is expected to flow before the end of the year.

The £10.5m project will see the iconic Pump House between the Riverside Museum and Hydro Arena transformed into a bespoke whisky distillery and visitor centre. The project is due for completion later this year with opening scheduled for the autumn.

The Clydeside Distillery owned by Morrison Glasgow Distillers Ltd will create up to 25 jobs when it becomes fully operational, with several hundred employed during the construction and fit out phases.

With an interactive whisky experience, retail unit and a café/restaurant, the new visitor experience is expected to attract 65,000 people per year.

Both Glasgow and Scotland’s influence on the whisky trade will be celebrated with the project, which has been developed by a small group of industry experts, led by Tim Morrison - formerly of Morrison Bowmore Distillers and current proprietor of the AD Rattray Scotch Whisky Company. McLaughlin and Harvey were awarded the contract to build the Distillery.

Andrew Morrison, Commercial Director, Morrison Glasgow Distillers Ltd, said, “We’ve had a longstanding vision to build a whisky distillery on the banks of the Clyde and with the stills now in place the project is even closer to fruition.

“Believe it or not, Glasgow was once home to numerous whisky distilleries and we think The Clydeside Distillery will put Glasgow right back on the Scotch whisky map.

“Few people know the historical significance of the Pump House building which was actually built by my great great grandfather in 1877 to control the entry bridge into the Queens Dock.  It’s fantastic to know we will be bringing it back to life again, with a little help from Scotland’s liquid gold.”