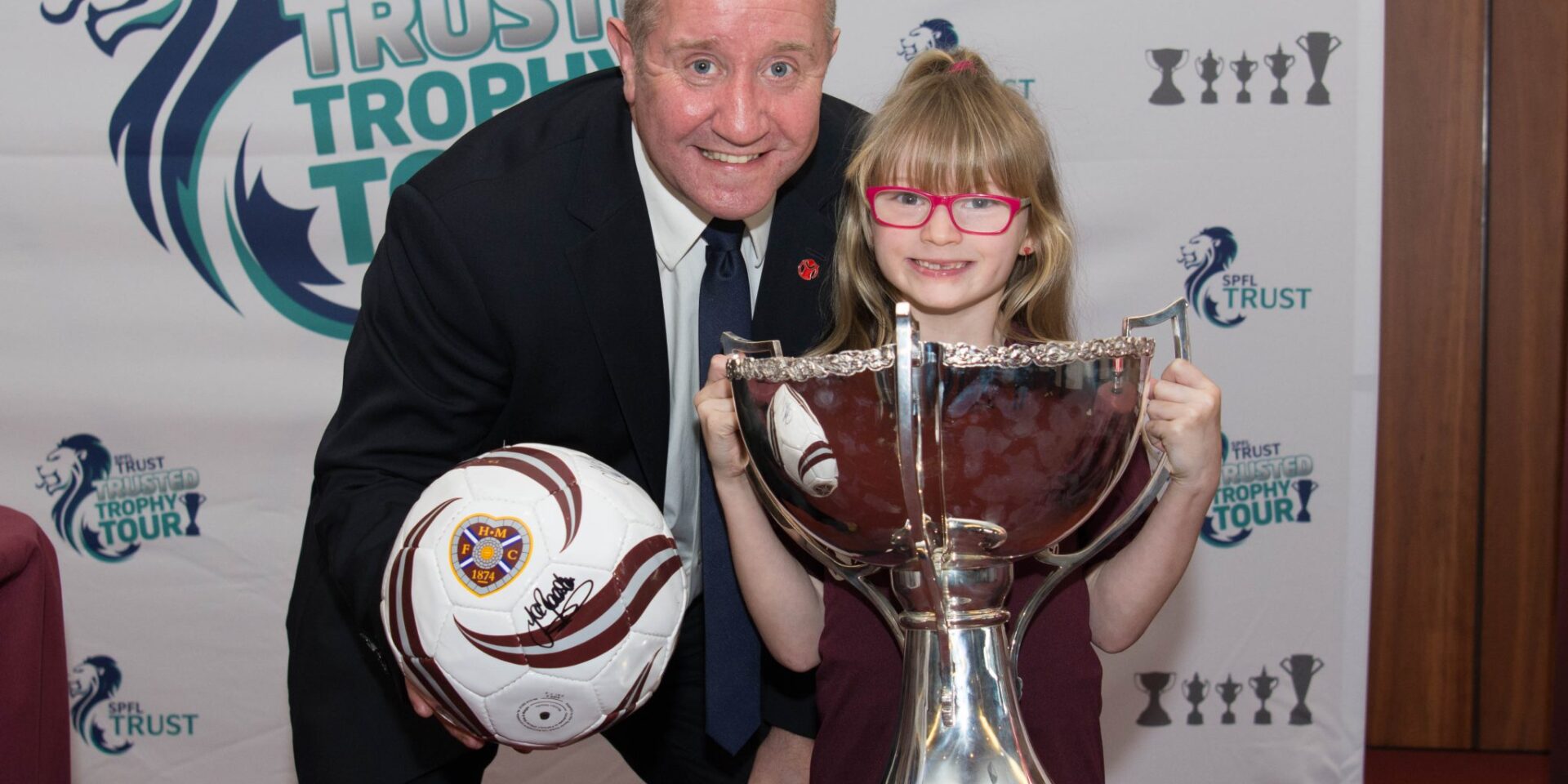 The North British Distillery, which has sites in Edinburgh and Muirhall, and charity partners Big Hearts Community Trust and Team Jak Foundation, have come together to organise a virtual Q&A with Scottish footballer John Robertson, to raise valuable funds for both charities.

During the online event John will be discussing his extensive career and taking questions from the audience. There will also be an auction, which will give participants the chance to bid for a Four Ball at the Archerfield Links. The virtual event is taking place on Father’s Day (21 June) at 3pm, with all proceeds divided between Big Hearts Community Trust and Team Jak Foundation. Tickets cost £10 and can be purchased here: https://bit.ly/3cNMhpx

John is best known for his time at Heart of Midlothian football club where he spent 18 years over two spells, and still holds the record for most goals scored. Currently the manager of Inverness Caledonian Thistle, John’s career includes 16 caps with the Scotland international team, and spells at Newcastle United, Dundee and Livingston. He has also managed Hearts, Ross County, Livingston, Derry City and East Fife.

Big Hearts Community Trust is the charity of Heart of Midlothian FC and works to improve the lives of adults and children in Edinburgh who are at risk of social isolation and poverty. Team Jak Foundation operates Jak’s Den, which provides emotional, social and practical support to children and young people age 0-25 with cancer and related illnesses from all over Scotland.

John Robertson, said: "I am looking forward to spending some time on Sunday afternoon supporting two charities who do such important work. I know first-hand the impact that Big Hearts have on local families and Jak's Den do incredible work to support children and young people with cancer.

“If we can raise some money that helps one more vulnerable family or young person in need, then I'll be delighted!"

Claire MacPherson, Executive Assistant at The North British Distillery, said: “We are really excited to support this virtual event with Big Hearts Community Trust and Team Jak Foundation, and have to say a huge thank you to John Robertson for agreeing to take part. Father’s Day is the perfect time to enjoy a football themed afternoon fundraiser, and we are looking forward to a fun and insightful afternoon.

“The team at The North British Distillery has raised over £22,000 in the last year for our charity partners, which is something we are really proud of. Both charities make an enormous difference to their community, by supporting children with cancer and those living in isolation or poverty. We hope lots of people will join in with the Q&A and enjoy themselves while raising money for two fantastic causes.”

“Big Hearts and the North British Distillery started working together almost two years ago and this event represents another step in our joint efforts to support the most vulnerable groups across the community. We look forward to seeing many football fans and charity supporters join us online on the 21st!”

Allison Barr, Chief Executive at Team Jak Foundation, said: “We had booked Livingston Stadium to hold our fifth Jak Trueman Challenge Cup, Teachers vs Jak’s Mates and unfortunately this cannot go ahead. This would have been a big one for us, as we as we are celebrating Jak’s 21st on 21st September! Instead, we are delighted to be working with The North British Distillery and Big Hearts Community Trust to raise money for two great charities. It will be like ‘The Jak Trueman Challenge Cup’ with a difference!

“Thank you for helping create smiles and ease the journey for our young people with cancer and thank you to The North British Distillery for helping us all!”

For more information and to buy tickets, visit: https://bit.ly/3cNMhpx