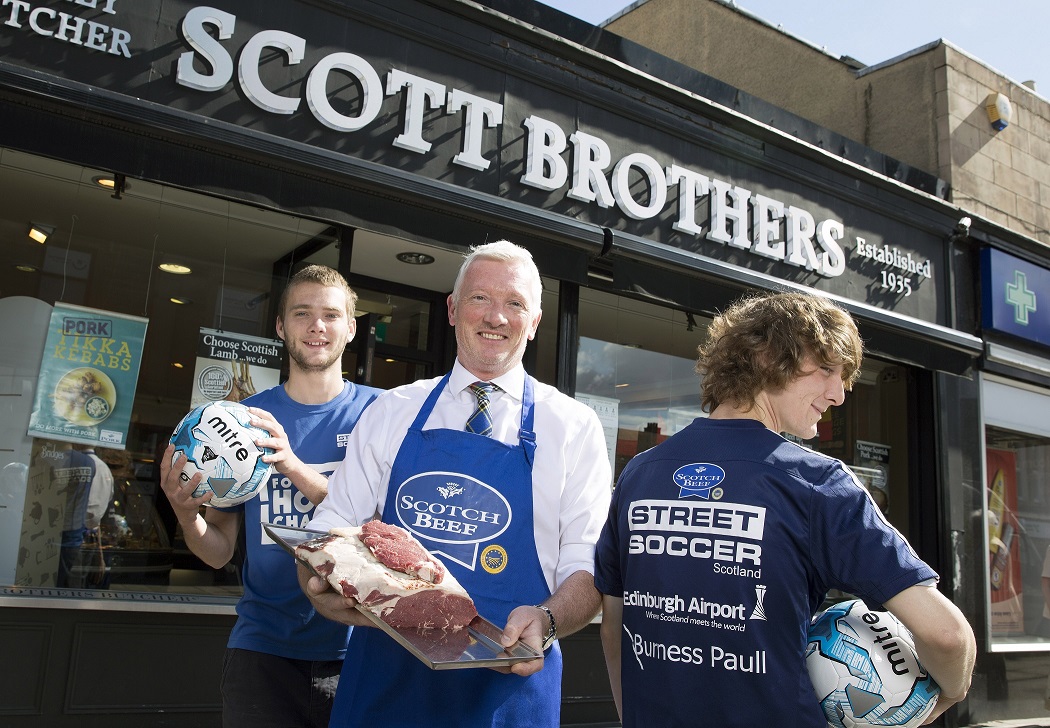 Scotch Beef PGI, which is championed by Quality Meat Scotland (QMS), is among the official supporters of Team Scotland at this year’s international event being held from the 10 July to 16 July in Glasgow’s George Square.

Other key sponsors include Royal Bank of Scotland, Edinburgh Airport and Burness Paull who, along with Scotch Beef PGI, are supporters of the overarching social enterprise Street Soccer Scotland which runs hundreds of football programmes across the country, attracting thousands of vulnerable young people and adults, as well as selecting, coaching and mentoring Team Scotland at the Homeless World Cup.

Dundee butcher Scott Jarron, who owns Scott Brothers Butchers, a member of QMS’s Scotch Butchers Club, said: “We’re excited to showcase the best of Scottish produce alongside the best Scottish talent by supporting our home team in this worldwide project.

“As a Scotch Butchers Club member we put quality at the forefront and emphasise the importance of a healthy diet and lifestyle to our customers, and red meat’s role within that.”

Dundee-based James Maich (22) and Connor Henderson (21) were picked for Scotland’s men’s squad after trials were held across Scotland.

Team Scotland manager, Ally Dawson said: “The Homeless World Cup is always a fantastic event and experience for everyone involved but to be selected for the host nation’s team will make this one extra special for James and Connor.  Playing in front of a vocal home crowd in Glasgow will be a positive memory that will remain with the players for ever.”

The Homeless World Cup will see over 500 players from across the world congregate to give players from homeless and socially disadvantaged backgrounds the chance to represent their country on a world stage.