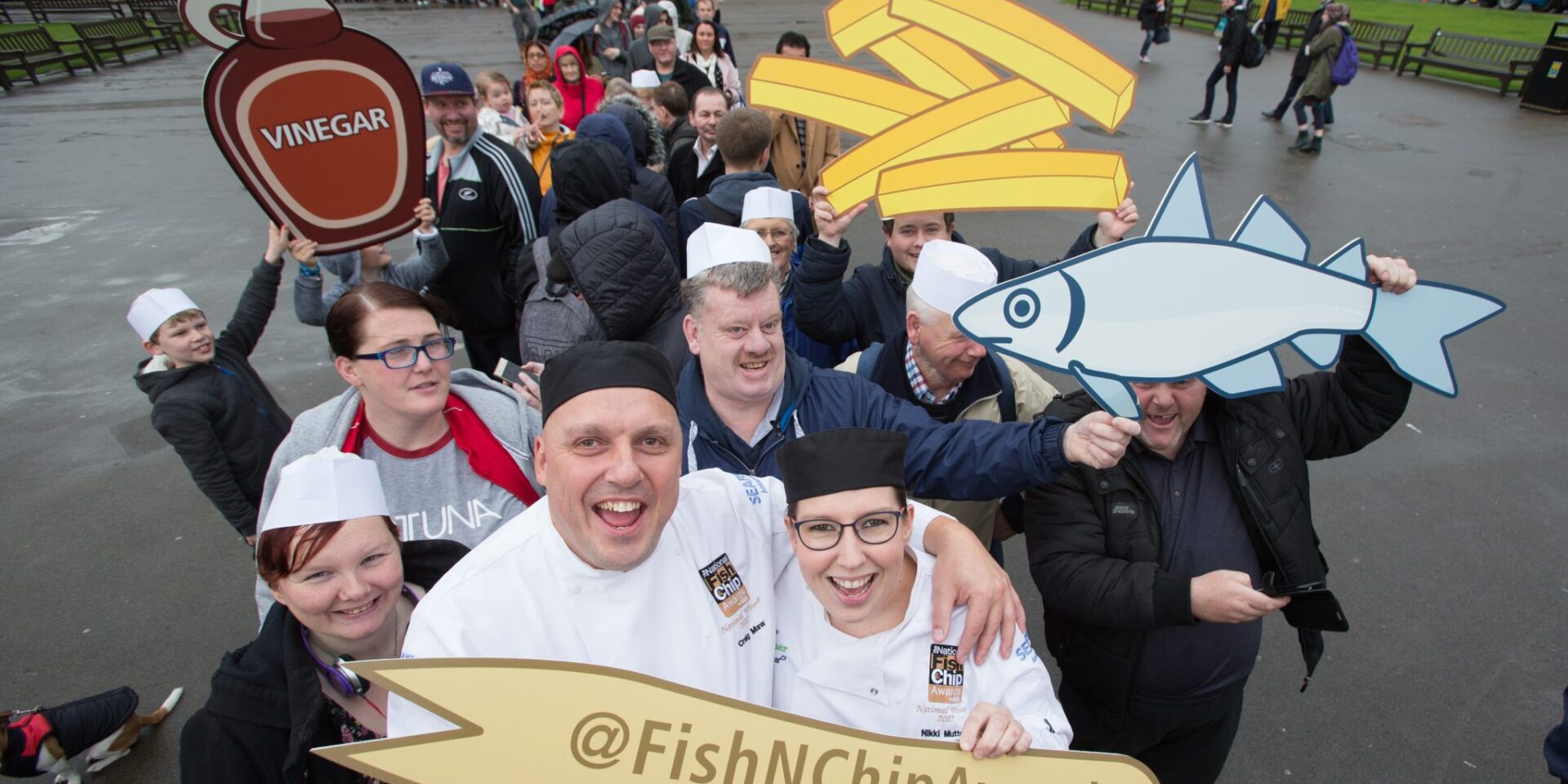 The event forms part of The National Fish & Chip Awards road trip, as they travel up and down the country with Kingfisher Fish & Chips – the 2017 champion - in celebration of the awards’ 30th anniversary.

Travelling nearly 1,000 miles in five days and serving up 2,000 portions of Britain’s best fish and chips, the customised van* will stop at:

From pickled onions in Glasgow, to gravy in Manchester or curry sauce in Birmingham, fish and chip lovers across the country had the chance to tuck into a free portion of the gloriously British dish – just the way they like it!

Marcus Coleman, Chief Executive at Seafish, comments: “We’ve had a love affair with fish and chips for well over a century – not much compares to white fish coated in crisp batter hot fluffy chips, served with a favourite condiment, and eaten out of paper wrappings with a wooden fork.

“There has always been great debate over which condiment is best served with fish and chips, and we’re excited to find out how people up and down the country compliment their portion.

“As we mark 30 years of the awards, the roadshow is our way of highlighting the milestone year while celebrating the dish’s continued popularity. We all know British fish and chips are a national institution, and I may be biased but I believe ours will always be the best in the world.”

Craig Maw and Nikki Mutton, co-owners of Kingfisher Fish & Chips in Plymouth, Devon, added: “Winning the ‘Fish and Chip Shop of the Year Award’ has been an incredible experience for us. This tour is a great way of celebrating our year as champions and the dish that holds such a special place in people’s hearts. We’re looking forward to visiting each of the five cities and serving up our award-winning fish and chips.”

The journey of The National Fish & Chip Awards’ fish and chip van can be trailed on social media with #FishNChipTrip.

*Product will be served between 12pm – 2pm at each city.