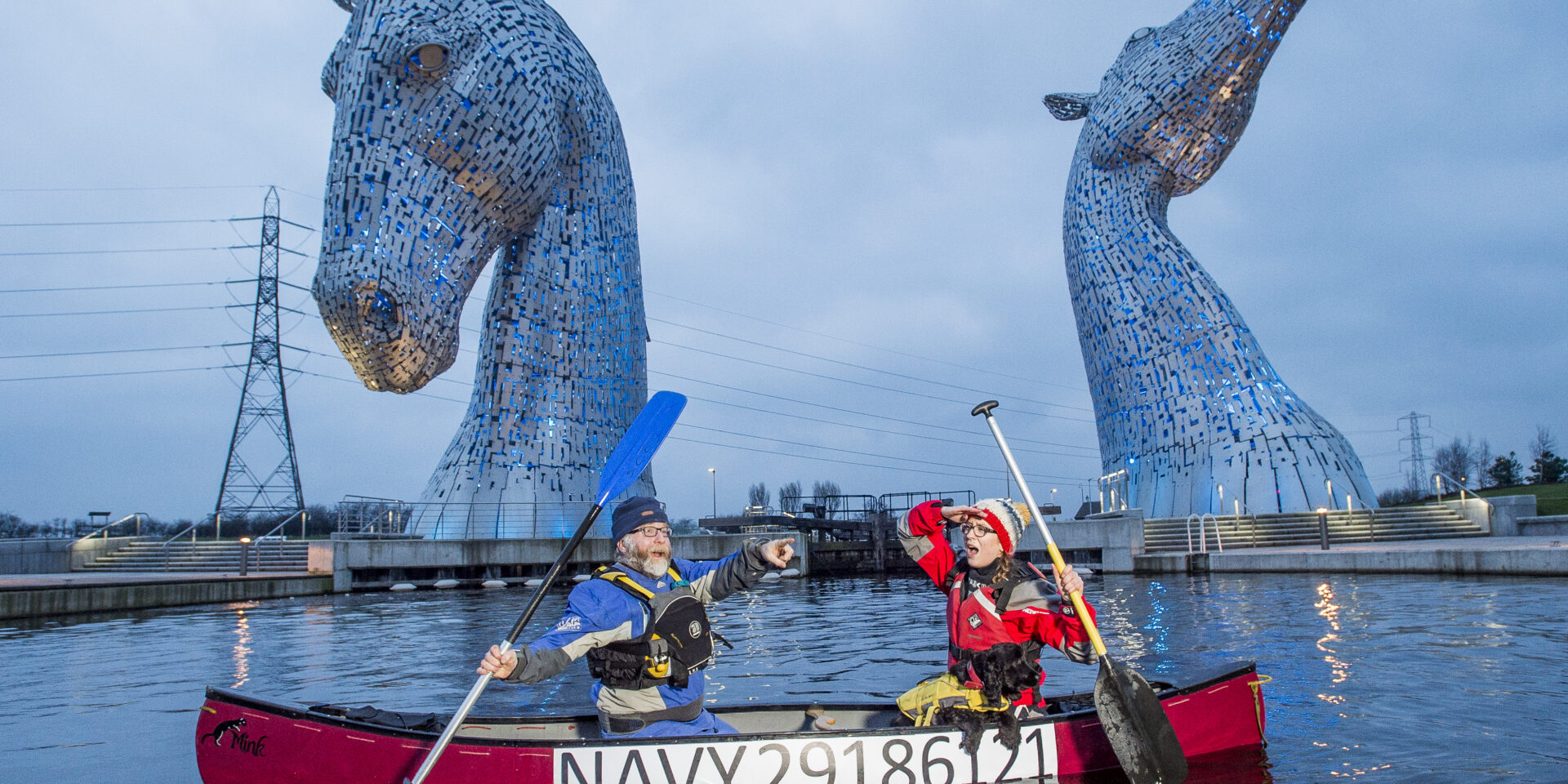 With just days to go until the missing Lotto ticket is due to expire (23 February 2017), the team from the local canoe club are appealing to locals to check their tickets from the unique Team GB-inspired Lotto Medal Draw on 27 August 2016 for the winning Millionaire Raffle code NAVY 2918 6121.

The one-off Lotto draw on 27 August 2016 was held to thank National Lottery players for the support they have given Team GB through playing the lottery.

To try and help jog the missing ticket-holder’s memory, members of Stirling & Falkirk Canoe Club donned their wetsuits to take a paddle upstream towards the world’s largest equine sculpture, The Kelpies, waving a banner displaying the winning Lotto Millionaire Raffle code NAVY 2918 6121 in the hope of uniting the missing millionaire with their winnings.

The club, which received £8,000 of National Lottery funding to help purchase transport equipment along with four additional canoes and six kayaks, displayed their sporting ability in the lock at the heart of The Helix beneath the iconic 100ft structures. The National Lottery also helped transform The Helix project into a major visitor destination with the help of £25 million of funding.

Every week Lotto Millionaire Raffle guarantees to create two millionaires but the winner, who bought their Lotto ticket in the Falkirk Council Area, was one of 27 millionaires created in the draw to celebrate 27 Gold medals won in Rio. In addition, 23 prizes of £100,000 to equal the Silver medal haul and 17 additional prizes of £50,000 to match those Bronze medals won by Team GB were also up for grabs.

The National Lottery has invested over £5 billion in grassroots sport to date, with Stirling & Falkirk Canoe Club and the Helix development just two of the causes that have benefitted. Keen canoer and volunteer at the club, Mark Sadler who joined the millionaire search said: “The Stirling & Falkirk Canoe Club continues to go from strength to strength since its formation in 1990. We offer our members regular pool sessions, trips on local lochs, rivers and canals. We have been lucky to enjoy success across all fields, undoubtedly aided by the funding we have received from The National Lottery.

“We are delighted to support the hunt and hope we find that lucky ticket-holder. As a club we already feel like lottery winners due to the National Lottery funding we have enjoyed, now let’s find that other lucky Falkirk Bairn!”

Keeping his feet firmly on dry land but nevertheless keen to find the lucky winner, Andy Carter, Senior Winners’ Advisor at The National Lottery said: “We’re eager to find the mystery Falkirk ticket-holder and unite them with their winnings – this amazing prize could really make a huge difference to somebody’s life. Team GB’s success in Rio, when their haul was a whopping 67 medals, was outstanding and worthy of celebration with an extra special Lotto draw, now we just need to find Falkirk’s winner to help them celebrate their own win!”

Players can contact Camelot by telephoning the National Lottery Line during its normal operating hours. Alternatively, players can email Camelot to confirm they intend to claim their prize but this email must be received at help@national-lottery.co.uk no later than the end (before 12 midnight) of the 180 day claim period, and the claim must subsequently be made in person. Please see Game Rules and Procedures for full details of how to claim.