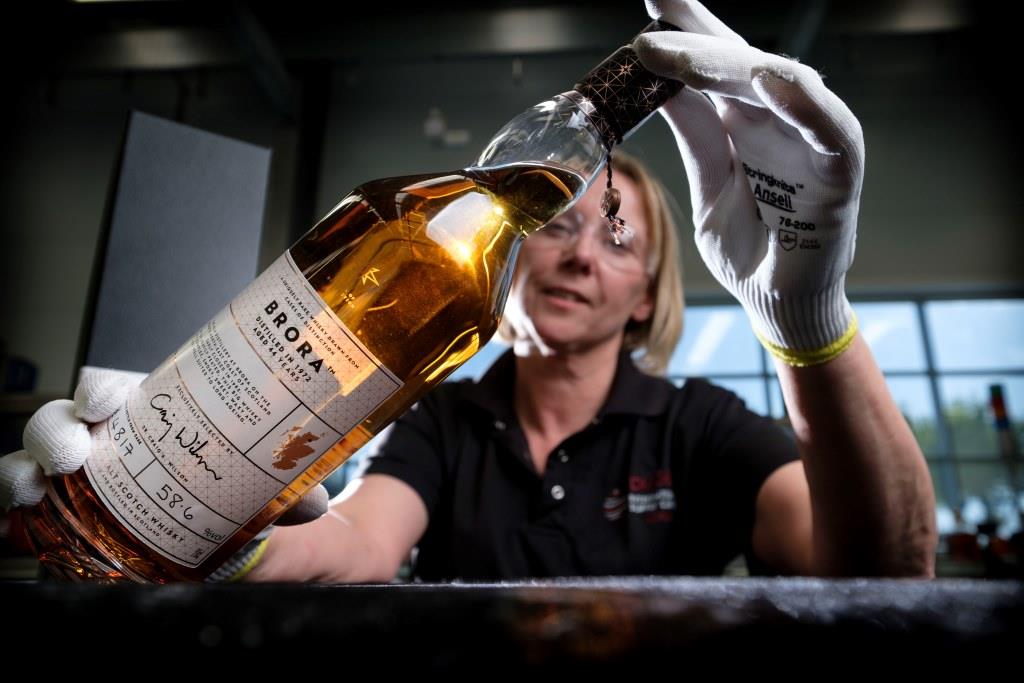 Whisky aficionados will get a once in a lifetime opportunity when an exceptionally rare single bottle of 1972 Brora goes under the hammer in Hong Kong next week (Friday 19 May 2017).

The unique exquisite expression, praised by experts worldwide, is the oldest official bottling of Brora ever to come up for sale and is the only bottle to have been drawn from the cask, offering its purchaser a taste of true rarity.

Collectors of rare malts and investors from around the globe are expected to battle it out to secure the highly desirable bottle which has been taken from an ex-sherry butt stored at a warehouse in Scotland.

It is both the first and last of its kind, and represents the pinnacle of Diageo’s single malt Scotch whisky reserves. Dr Nick Morgan, Head of Whisky Outreach at Diageo, said: “We’ve seen a rapid growth of interest in rare and collectable whiskies, and this bottle of 1972 Brora is the epitome of that. The auction is not just a once in a generation opportunity, it is also a chance for some to own an exquisite single malt with unparalleled history and heritage.”

Originally known as the Clynelish Distillery, production began in Brora Distillery on the north-east coast of Scotland in 1819 with the backing of the Marquess of Stafford. In the late 1960s it was decided to expand production by building a new distillery, with the old distillery eventually being used to supply a need for heavily peated whisky for blending.

Filled at very high strength, the 44-year-old expression is a rare survivor from a golden age and is described as “a massive, brooding and drying old Brora that it is seemingly made of smoke, oak, pepper, dark fruit all encrusted in sea-salt then wrapped in seaweed and oilskins”.

Martin Green, Bonhams Whisky Specialist in Edinburgh, added: “It is a great privilege to be able to offer this very special whisky at our sale room in Hong Kong. As one of the world’s leading whisky auctioneers we serve collectors all over the world with a total of eight sales a year in Edinburgh and Hong Kong, and I know that the chance to acquire the 1972 Brora 44 year old will excite enthusiasts everywhere.”