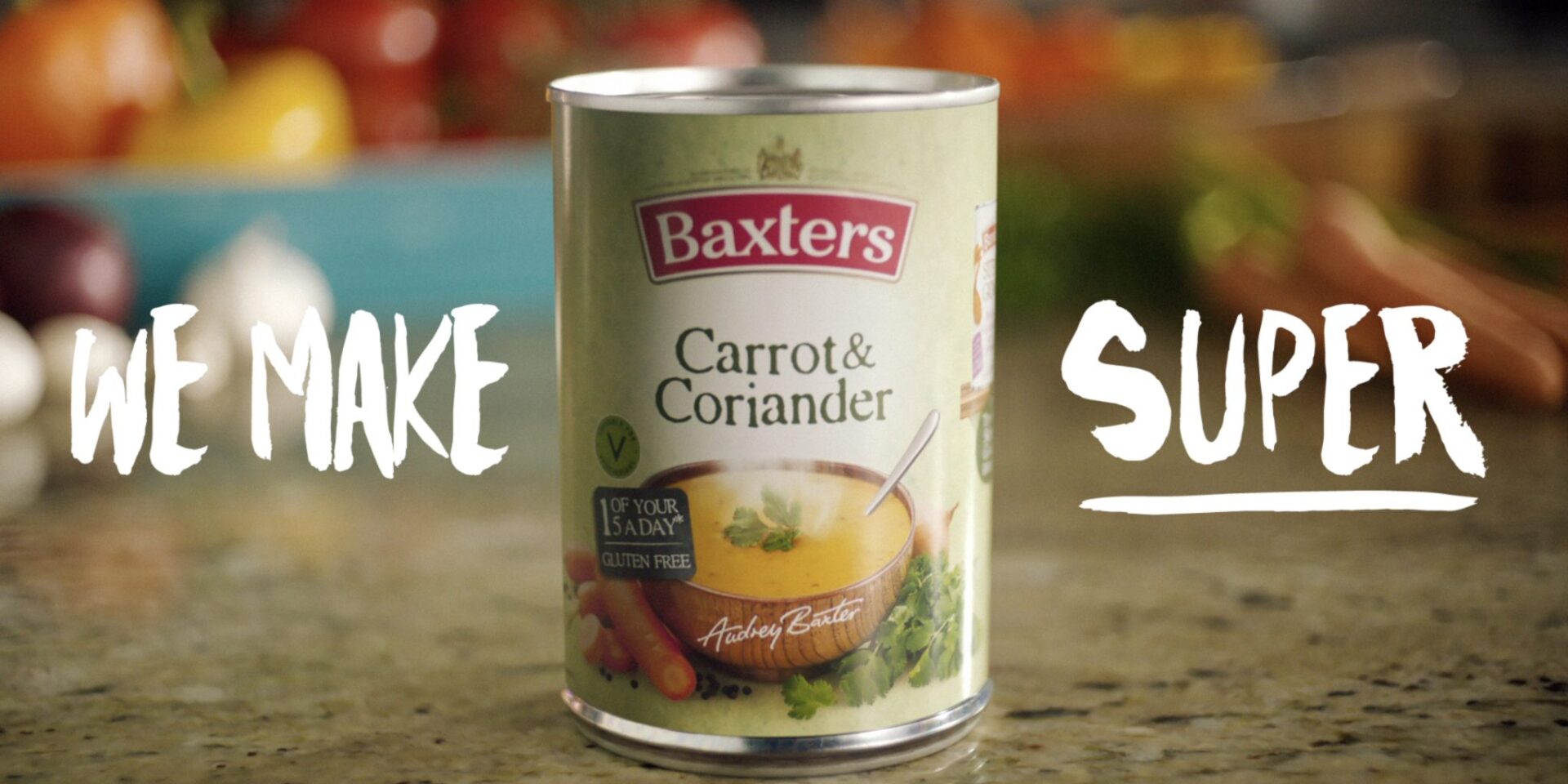 Baxters Food Group is investing in a significant advertising campaign this winter, which will see Scotland’s much-loved soup brand back on television screens for the first time in six years.

Launched nationally on 4 November 2018, the “We Make Super” campaign will focus on the quality and heritage of Baxters soups - delicious to taste and Super in every way.

Demonstrating the passion and skill that goes in to every tin of Baxters soup, the TV advert showcases the quality ingredients – many locally grown – and their very own local Scottish “super heroes”, such as Lossiemouth smoked haddock supplier Billy Edwards and Fraserburgh born Masterchef Darren Sievewright.

The ad debuted on ITV during Sheridan Smith: Coming Home last night, and will run until February 2019 exposing over 34 million consumers to the campaign.

The campaign will also include a series of sponsorships across Sky CBS Action and Reality Channels running from November to March, and extensive social media promotion focused on the chunky, filling Hearty range and the new Super Good soups.

John McMullen, CEO of Baxters European Business Unit, said: "At a time of economic uncertainty, Baxters Food Group is digging deep and investing in advertising to grow our business and secure the rewards, not just for our employees but also our local suppliers.  As the advert says, We Make Super through excellent ingredients and the hard work and commitment of our Super people too."