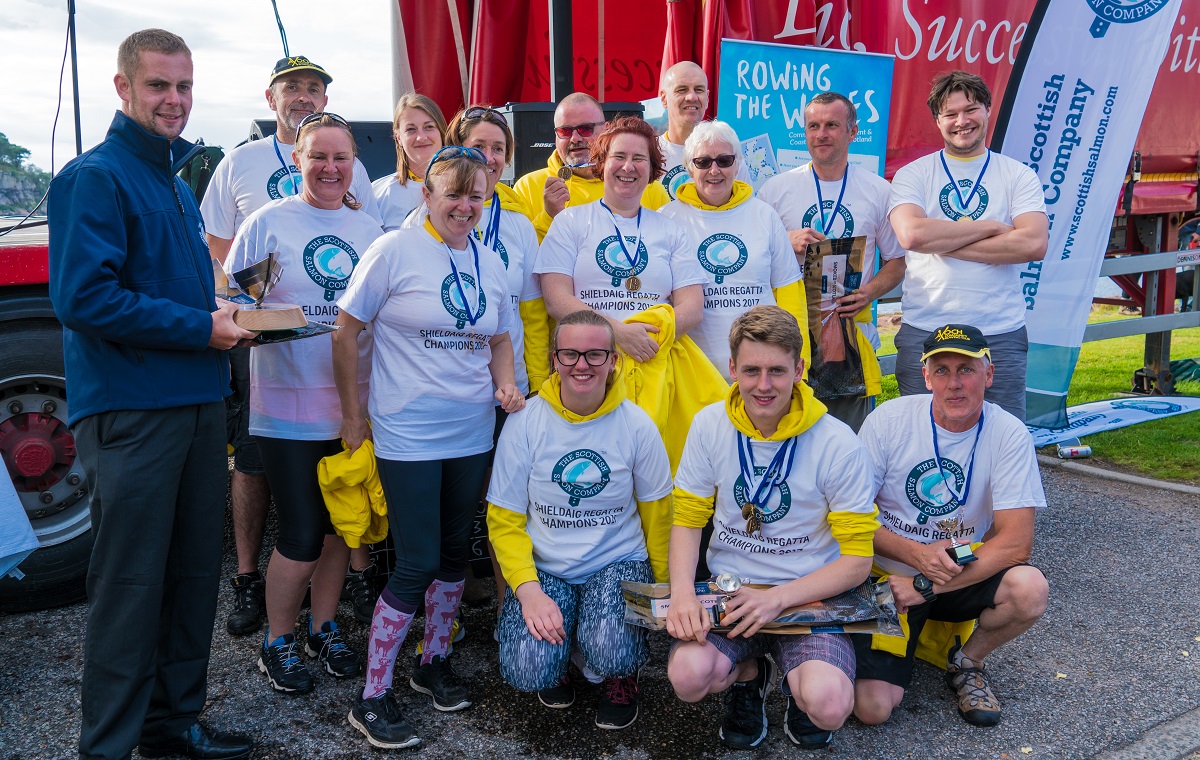 The Regatta, sponsored for the third year by The Scottish Salmon Company (SSC), was the highlight of the annual Shieldaig Fete this past weekend. Teams from Lochcarron, Findhorn, Cromarty, Avoch, Ullapool, Coigach, Port Seton, Queensferry, St Andrews, Wick travelled to compete for the Liz Pritchard Memorial Trophy and a side of Scottish smoked salmon, both of which were presented by SSC Senior Marine Sites Manager for the area Dougie MacLeod.

The Shieldaig Coastal Rowing Regatta challenges the clubs to complete five 2km circumnavigations of Shieldaig Island, with races comprised of Men and Women’s Decades, Mixed Gender Open and Men and Women’s Open. A safety boat manned by The Scottish Salmon Company staff was also on hand to help out during the racing. 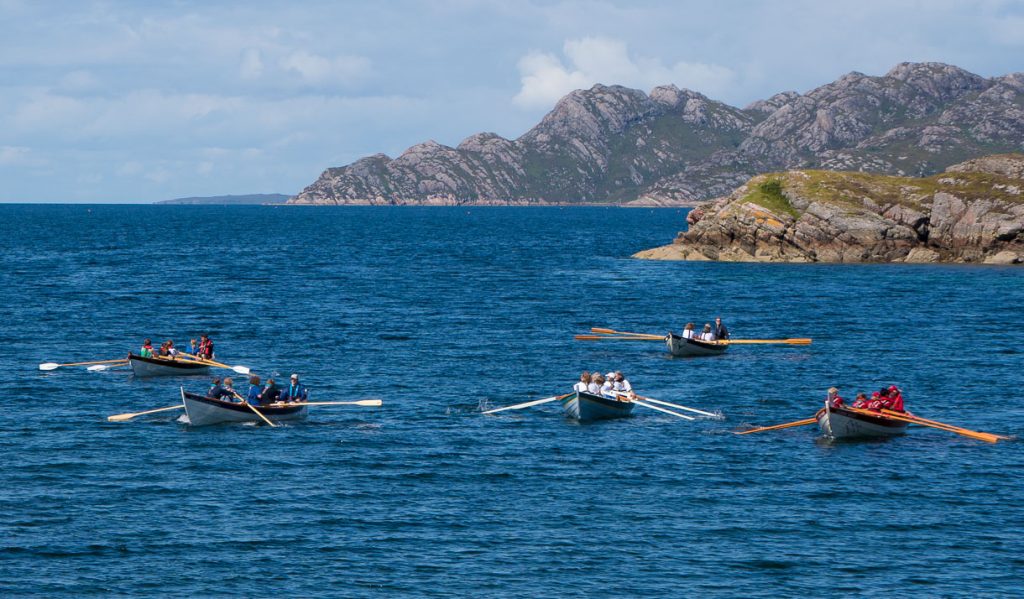 The weekend of celebrations was enjoyed by visitors and locals alike, with the opportunity to enjoy live music and Scottish food and drink, as well as other events, before finishing in style with the open air ceilidh on Shieldaig seafront.

Craig Anderson, Chief Executive at The Scottish Salmon Company, said: “We are proud to sponsor such a unique community event at Shieldaig and are passionate about promoting health and wellbeing.

“We would like to extend congratulations to all of this year’s competitors and to the race organisers for their hard work in is seeing the event go from strength to strength. We look forward to continuing our support of the Regatta in the future.”

Ruairidh MacLennan, event spokesman and local fisherman, said: “Congratulations must go to Avoch for being crowned winner of the 2017 Shieldaig Regatta with an impressive 61 points, fending off the efforts of Ullapool (57 points) and St Andrews (39 points) who came second and third respectively.

“I would like to thank The Scottish Salmon Company for their support these last three years in ensuring the Regatta continues to thrive in Shieldaig. We are so pleased that we were able to build our own skiff last year and that our rowing team competed for the second year.”